Porsche Centre Bengaluru has delivered a 911 GT2 RS to Mr Boopesh Reddy. This is the brand’s fastest road-legal 911. Reddy’s garage is a respected one, and the latest wheels join his Mercedes-AMG GTR and Ferrari 458 Speciale, among others. 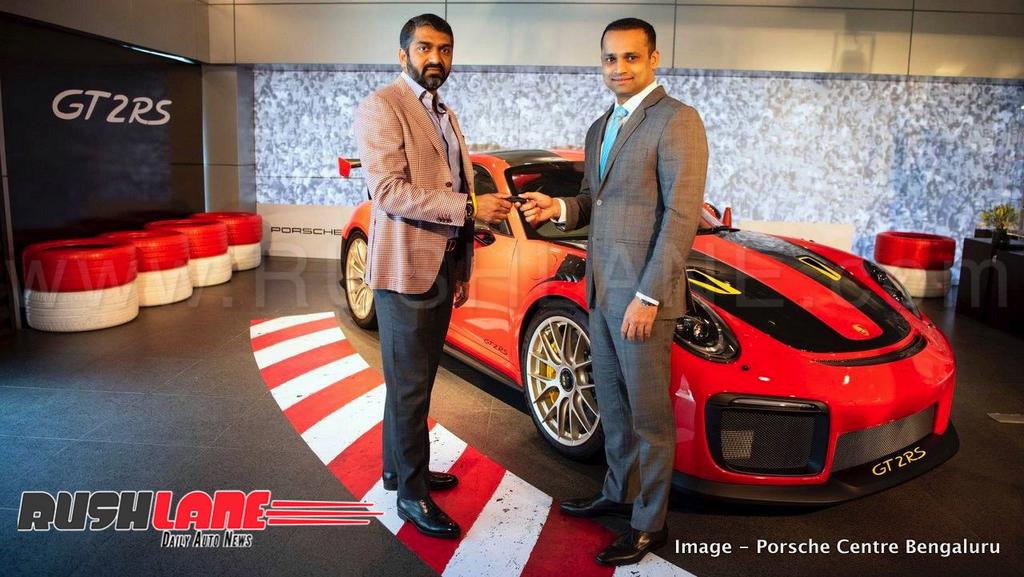 Porsche GT2 RS gets power from a 3.8-litre flat-six engine that that returns max power of 700 hp at 7,000 rpm, and max torque of 750Nm mated to 7-speed PDK (Porsche Doppelkupplung) automatic transmission for quick shifts. The rear mounted engine sends power to the rear wheels. 0 to 100km/h takes 2.8 seconds. Top speed is pegged at 340km/h.

The Porsche 911 GT2 RS in question is finished in Guards Red and includes a Weissach package. That shaves off 30 kilos. The package includes seven-spoke magnesium wheels (20-inch at the front and 21-inch at the rear) in White Gold finish. 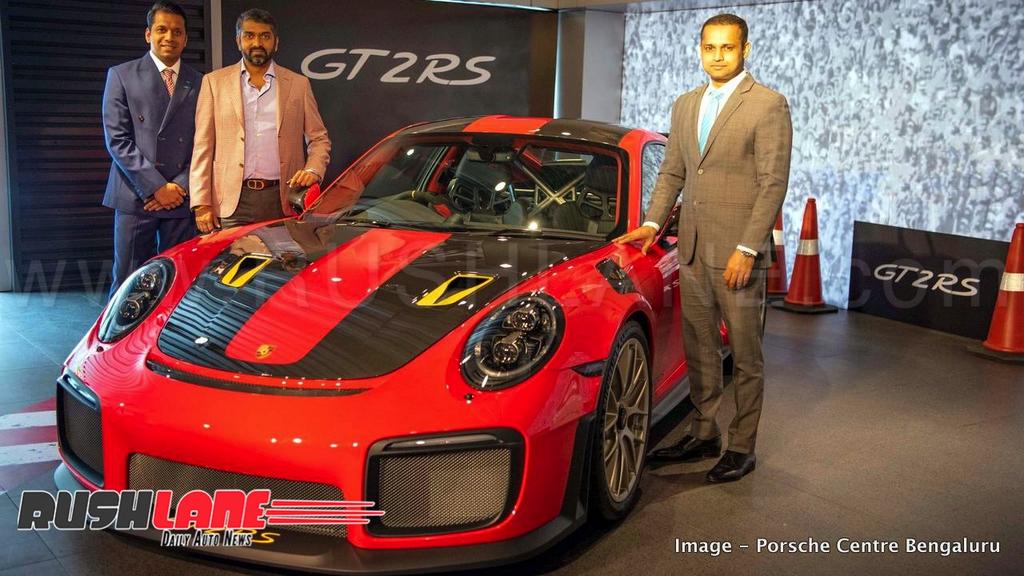 As part of the package, cosmetic and lightweight components include a carbon fibre bonnet and roof, titanium roll cage, and a six-point harness. The inside is finished in Alcantara. Carbon bits are in plenty. A ‘Porsche’ decal is seen in the wing/spoiler.

GT2 RS was recently launched in India at a price of Rs 3.88 crore ex-showroom (Delhi). As is the norm, only a few cars are allocated for sale in India. No doubt the fastest 911, it was first showcased at Goodwood Festival of Speed.