Porsche crashed in accident – Sold for approx. Rs 3.3 cr at an auction

A Porsche 959 Komfort was auctioned this past weekend at Monterey Auction at Monterey Car Week. This was not a prized car that was auctioned but a crashed / damaged car. It had unfortunately suffered severe damage in a freak accident.

This resulted in the car completely missing passenger side front wheel and steering knuckle besides a broken rotor. Mecum Auctions describes this car as a complete wreck, though the vehicle still runs and the driver side front suspension and steering operate normally. 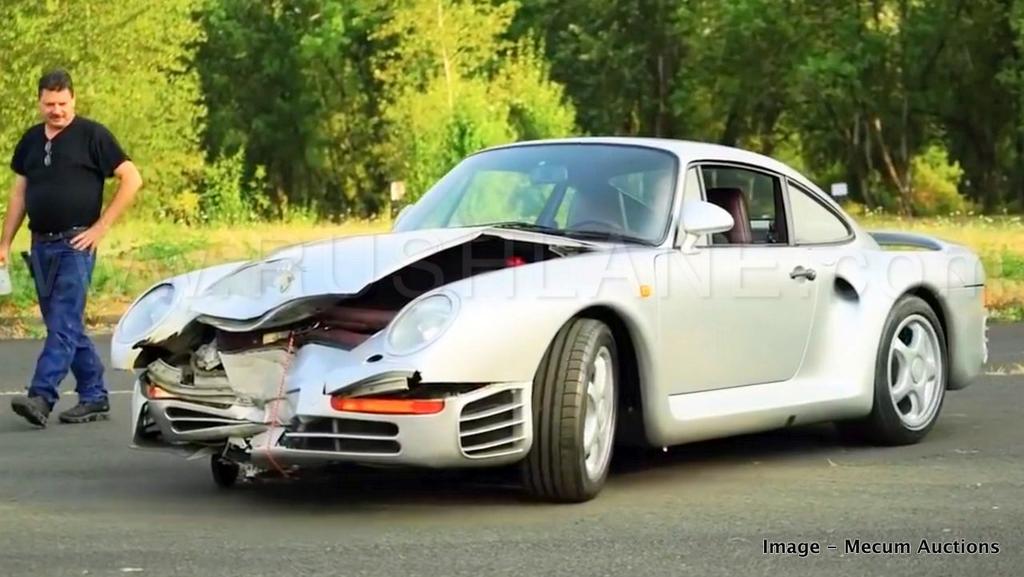 Now, how did this super car get into this condition, is a matter of great surprise. Its accident remained a mystery but it has been reported, that while great care was taken to transport the car safely, it still got damaged.

The Porsche 959 Komfort was being transported securely in an enclosed trailer down the interstate. The trailer suddenly broke free from its tow vehicle. It careened down the road and collided into a tree causing this damage. 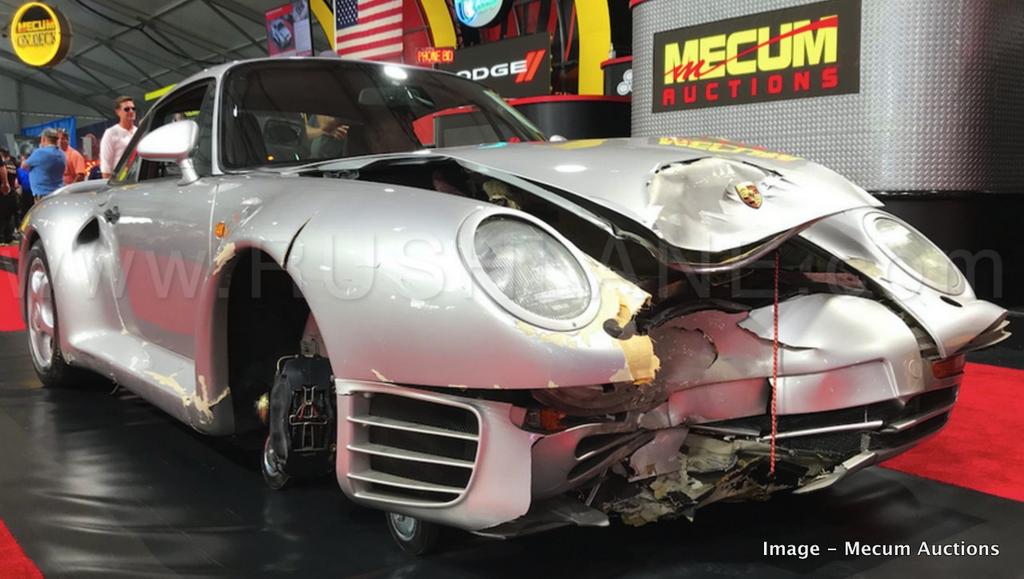 The impact with the tree not only damaged the right side of the trailer but the impact was such that the 959 Porsche broke free of its hold down straps, collided into the tree and bounced rearwards to land at an angle inside the trailer. Apparently the bidder even saw great fortune in this damaged but prized Porsche to allow him to make this bid.

The odometer confirms that the 444 hp flat six, twin turbocharged, all wheel drive engine still runs while it has clocked just 3,657 miles (5,885 kms) since bought. While the Porsche 959 has been picked up for $467,500, fixing this damage will cost the buyer a great deal more.