Potholes on Indian roads resulted in 3,597 deaths during 2017 – Highest in the world

The heavy monsoons have taken a toll on the roads in the country which have gone from bad to worse. In 2017, a total of 3,597 persons were killed due to potholes. When compared to the death toll due to potholes in 2016, the number of deaths has gone up by more than 50% – equating to 10 deaths per day. One can only wonder what will be the figure for the year 2018.

The rains have caused havoc across the country and many of our cities are reeling under waterlogging and potholed roads all because the authorities fail to fix the potholes. The lack of road discipline and two wheeler riders not abiding by the helmet regulation has also aggravated the problem. 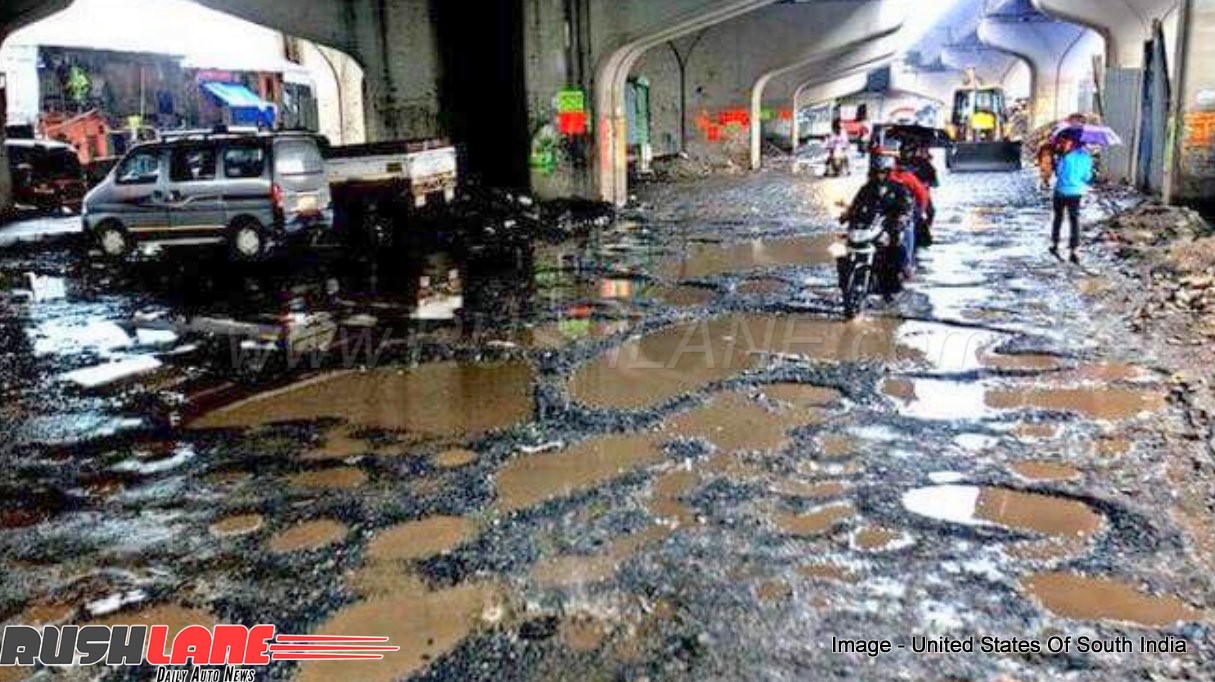 Citizens complain that authorities do not fix roads as per norms, and do a shoddy job before monsoons. Right mixture is not used which results in the life of our roads being reduced drastically. What this does is the material used in making these roads gets washed away in the first rains and the entire monsoon season nothing can be fixed as it is raining non stop. This results in accidents, traffic jams and on top of all that, loss of public money as the local municipality re-orders construction of road once again the monsoons are over. The same cycle continues again and again, says an agitated citizen who recently lost a friend due to potholes.

The highest number of deaths registered due to potholes are in the state of Uttar Pradesh, which recorded 987 deaths in 2017. Next state is Haryana which registered 522 deaths due to potholes. The number of persons killed in accidents on roads under construction also increased from 3,878 in 2016 to 4,250 in 2017.

The Union Road Ministry states that considering the high number of deaths due to faulty road design and poor maintenance, a provision of fine against officials has been made in Motor Vehicle Amendment Bill. However, the bill is held up in Parliament with them not able to decide compensation amount.