Even as the Indian electric car segment is currently ruled by EVs such as the Hyundai Kona, MG eZS, and Tata Nexon, there would soon be a rival in the form of the new Pravaig Extinction electric sedan. This new electric car from Bengaluru based Pravaig Dynamics has now been officially unveiled in India ahead of official launch, which is only slated for sometime late next year.

Pravaig Dynamics has estimated sales at around 250 units per annum with the new Extinction to be initially sold in Delhi and Bengaluru with markets to be extended to Mumbai, Chennai and Hyderabad later. The company is slated to offer the new Extinction as an exclusive lease model and will even provide chauffeur services if the customer so requires. Hence, no prices have been announced as on date. 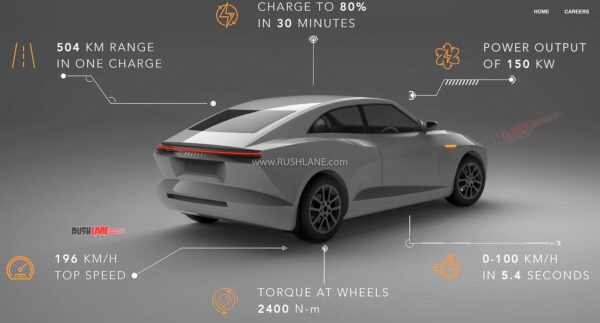 The Pravaig Extinction sedan will boast of a low coupe style design with special focus on aerodynamics. It will be presented as a four door model with a swooping roof, LED projector headlamps connected by an LED. It will get a similar arrangement at the rear with LED tail lamps with an LED connecting bar.

Pravaig electric car will get a minimalistic side profile, distinctive shoulder line, blacked out alloy wheels and a ‘Pravaig’ logo prominently positioned in the middle of the tail lamps. Dimensions would stand at 4,820mm length, 1,934mm width and 1,448mm height with 3,038 mm long wheelbase. 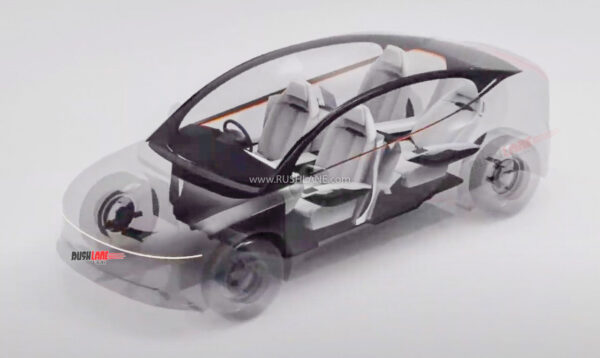 The interiors will be in a lounge like arrangement, much in the same way as is seen on the Volvo XC90 Excellence Lounge. This would give passengers extended leg room and relaxed posture. The company has also stated that the new Extinction could come in with recline of left rear passenger seat at around 165 degrees.

Apart from its well designed interiors, customers will also be able to incorporate their own designs while liaisoning with a tie up with architects and fashion and interior design professionals, so as to get a bespoke interior set up. For example, for the music system, they have tied up with France based Devialet audio technology company. 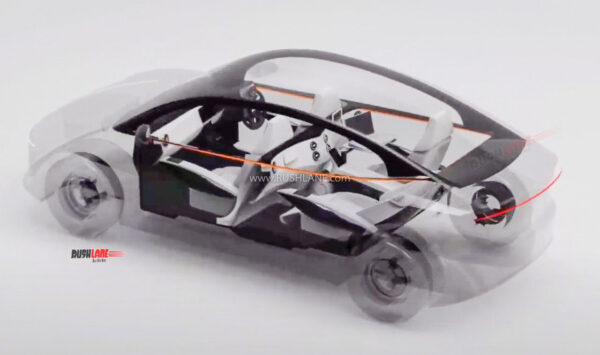 Pravaig also plans features such as autonomous driving technologies while this has yet to get Government of India approvals, swappable battery pack, HEPA air filters and a total of 8 air bags. Regenerative braking and smartphone connectivity could also be a part of its features.

Pravaig Extinction electric sedan will be powered by a 96 kWh battery pack offering max power of 150 kW or 200 hp with an electric range of 504 km and a top speed of 196 km/h. Acceleration from 0 top 100 km/h could be achieved in 5.4 seconds and fast charging upto 80 percent charge in 30 minutes. Pravaig aims to rival Tesla in terms of battery performance, and offer Mercedes S-Class like luxury. 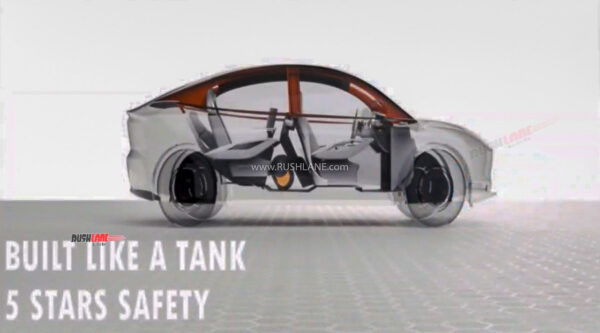 Speaking about safety, Pravaig claims that safety has been their top priority, and that the car offers 5 Star Safety. But it is not clear if the car is actually crash tested by any other body or it is an internal claim of 5 star safety. The full debut presentation can be watched on YouTube.

Pravaig Dynamics targets corporate customers like fleet operators and hotels with the new Extinction and hence this sedan will not be seen in any showroom for purchase by private buyers and will be exclusively on lease. The company will itself reach out to potential customers and will even offer chauffeur service with the car if the customer so desires.

Interiors of the cars were not revealed. The car still seems to be far away from production. If the production variant can manage to achieve all the above claimed figures, that is a matter of discussion for another day. For now, the company has started accepting interests from buyers at their website – defy.city