On Pune roads, like in most roads in the country, where overtaking, loud honking, breaking traffic signals and flouting every traffic rule in the book is the order of the day, Deputy Commissioner of Police (Traffic) Tejaswi Satpute has showcased a simple experiment.

Here is the Pune Police experiment race. On Tuesday morning, at 10 am, two volunteers from the traffic police department were instructed to ride two bikes from Katraj to Shivajinagar. Two cops were made to ride on bikes of the same brand, each with a pillion rider. 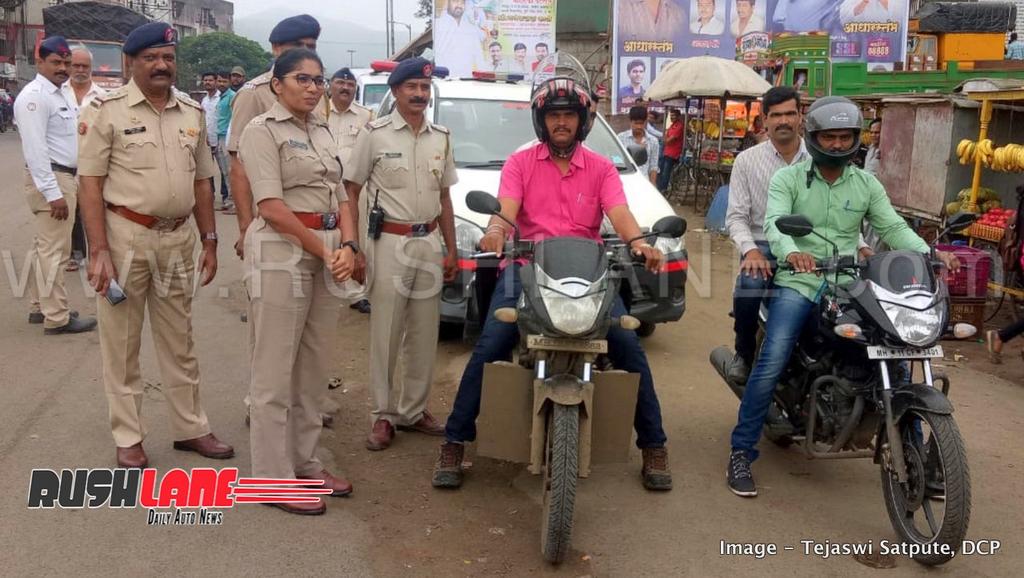 While one rider was instructed to strictly adhere to traffic rules, the other rider were told to just concentrate on arriving at their destination and turn a blind eye to traffic regulations. The 10 km ride from Katraj to Shivajinagar was reached by the duo who broke all traffic rules in 24 minutes while the cops that waited at every signal and followed traffic rules reached in 28 minutes.

Satpute’s, tweet which detailed this experiment drove home the point that was a life worth the risk for a mere 4 minutes? The tweet went viral. It got a lot of attention and was retweeted by the Ahmedabad Police and got over 5,700 retweets and over 11,000 likes. 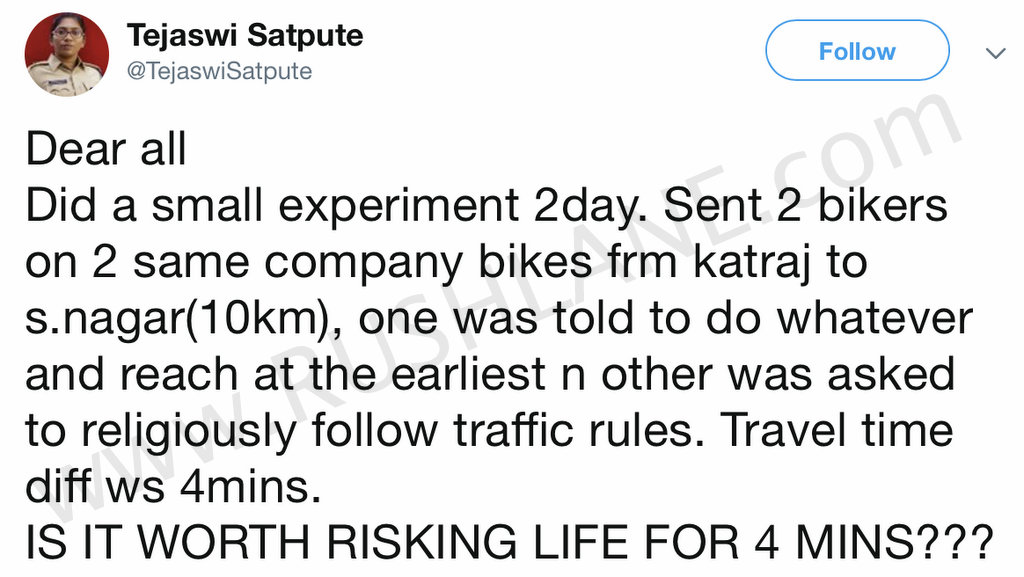 Most road users think that time is of vital importance. They are often seen rushing to their destinations defying every traffic rule in the book. They are oblivious to the risks involved and show little regard to their own safety of for the safety of other road users. They speed past red lights at traffic signals and overtake from the wrong side while blasting their horns in a bid to clear the road ahead as they race to their destinations.

Another similar experiment was conducted by Anagha Paranjape across the Mumbai-Pune Expressway some years ago. She tweeted to Satpute’s post that the difference was just 9 minutes between overspeeding and safe driving within the speed limit along the enter stretch between Pune and Mumbai.

But despite these experiments, efficient policing, hefty fines and constant reminders of safe driving, will people slow down and realize that life if more important death? Or will they continue to throw caution to the wind and flout traffic rules?