The Pune Traffic Police have taken on traffic offenders in Pune in a big way since the start of this year. This initiative has been further pushed forward by Tejaswi Satpute, Deputy Commissioner of Police (Traffic) who recently took charge.

Traffic department will also be publishing the names and violations on social media in a ‘name and shame’ initiative, in a bid to increase compliance to traffic regulations. Under this new initiative, no traffic offender will go scot free. The Pune traffic cops have released a list of 200 top traffic rule violators who have been captured on CCTV footage.

One such violator was caught 32 times via CCTV while another was caught 20 times by a traffic policeman. Once caught, these offenders will receive e-challans and they will have to pay the fine online after checking details on www.punetrafficcop.net.

The offences range from signal jumping to footpath driving and also include talking on mobile phones, triple seat riding, lack of proper documentation, tinted glass, lane cutting, fancy number plates, etc. The top of the list offences are for parking on zebra crossing with 3,37,384 cases to date with a total of Rs 6,74,76,800 collected in fines. 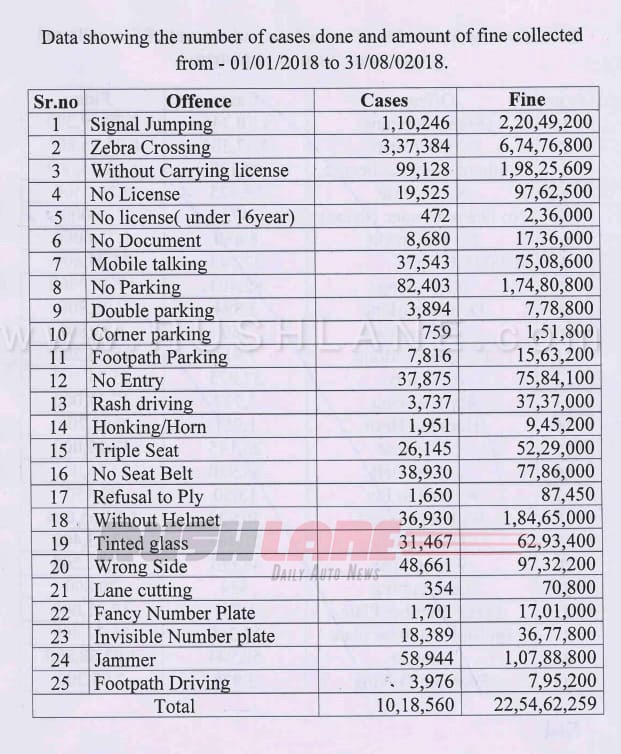 This initiative taken by the Pune Traffic cops has gathered momentum and needs to be commended and continued with the same determination. It is the only way in which to bring some semblance of law and order and make our roads safer for all citizens at large and pedestrians in particular.