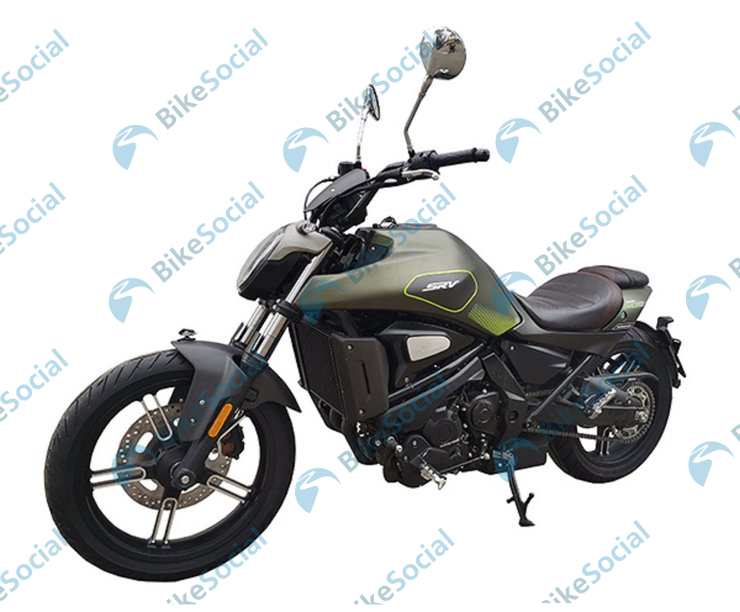 Italian-origin two-wheeler maker Benelli, now under China’s Zhejiang Qianjiang Group, has had the 502C sports cruiser for quite some time. Back in August last year, Benelli India had confirmed that it would launch the 502C within a few months from then. However, COVID-19 pandemic delayed operations and like every other major automaker, the company had to reschedule its product strategies.

Now, a badge-engineered 502C avatar from QJ Motor (another subsidiary of Zhejiang Qianjiang Group) has popped up on the internet. Dubbed QJ SRV500, the sports cruiser appears to be a bit different from the original donor motorcycle. For starters, it looks a bit less sporty compared to the Benelli 502C and feels like a toned-down twin-cylinder cruiser.

One has to be a hardcore Benelli fan to deny the 502C’s disturbing resemblance to the Ducati XDiavel. Motorcycle communities across the world, especially fans of the iconic Italian brand, were furious at the fact that Benelli could not come up with an original design language. This is not the first time ‘certain’ Chinese automakers have blatantly copied popular European product designs.

The upcoming QJ SRV500 is built around a new frame, rides on a larger front wheel (18-inch rather than 17-inch), has a lower pillion seating configuration, wears a single front disc, gets conventional telescopic forks (in place of USD units) and box-type swingarm (the 502C receives a tubular example), etc. Most importantly, it looks less “inspired” by the Ducati XDiavel and weighs roughly 20kg lower, at 198kg.

Rumours suggest that this version will eventually debut with a Benelli badge as a lower variant of the 502C. Such a model could become a considerable value-for-money proposition in India as well.

If launched in India, it will be a decent alternative to Royal Enfield’s 650 Twins. The 502C or SRV500 can also be substantially cheaper than entry-level models from premium brands such as Harley-Davidson (almost on the verge of ending local production) and Triumph Motorcycles (launched the BS6 Street Twin earlier this month).

Powering the Benelli 502C is a 500cc liquid-cooled DOHC parallel-twin engine good for about 47bhp @ 8,500rpm and 45Nm @ 5,000rpm. This is mated to a 6-speed transmission. Considering the extent of cost-cutting done on the QJ SRV500, we expect its power plant to churn out slightly less.