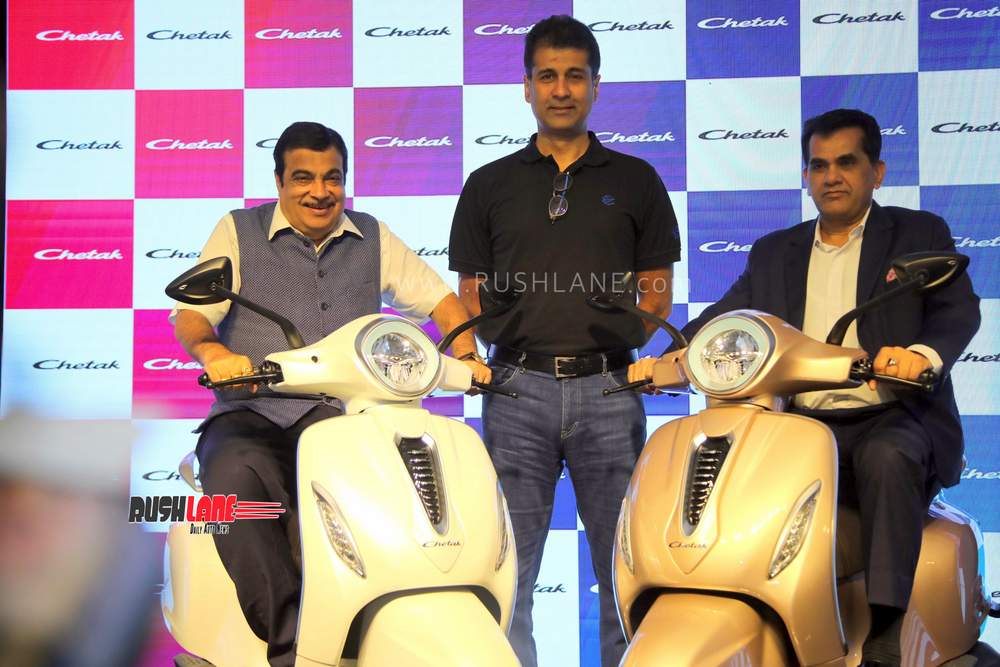 Not the one to pull in the punches while voicing out his opinions, Rajiv Bajaj, Managing Director, Bajaj Auto, recently took a thinly veiled jibe at several players in the electric two wheeler market, especially the startups. Speaking at the Hamara Kal event where Bajaj Auto premiered its retro-classic e-Chetak scooter, the head honcho implied that most of its rivals doesn’t have the wherewithal to make an impact in the EV segment.

He sarcastically stated that it amazes him to see companies which have spent their entire lifetime making items like battery, motors and steel are now attempting to make EVs as if they are made merely by click of a finger.

He went on to say that he was even more amazed to watch companies which used to import electric and electronic devices from China think that they can make EVs “out of thin air” (taking a dig at Revolt Electric). Below is his speech where he takes dig at rivals / EV startups.

Bajaj also said that some existing manufacturers opt to put their money on south-based startups as if it is somebody else’s job to make EVs for them. It doesn’t take an expert to figure out that this statement targets Hero Motocorp which has invested significantly in Bangalore-based Ather Energy. He also sounded skeptical about failed two wheeler makers’ attempt to enter the market with electric models.

He continued by saying that unlike its rivals in the EV space, Bajaj Auto has the background of manufacturing two wheelers and would prefer engineering its own EVs rather than investing in some startup. The top official believes that the brand’s heritage gives it a credibility which is crucial in the electric two wheeler segment.

The Chetak electric scooter which derives heavy design inspiration from the Vespa scooters doesn’t carry Bajaj branding anywhere on its bodywork. To be retailed through Bajaj’s pro-biking outlets starting from January 2020, the electric scooter will be locking horns with the Ather 450. Bajaj is likely to leave the task of establishing charging infrastructure to the government and rather focus on making and selling the scooter.

Can Bajaj Auto disrupt the nascent electric two wheeler segment and perform better than the rivals which were mocked by its MD?