Rapid Is Old And Expensive – Skoda Head Says Buy Something Else

Irked by a tweet that criticized the highly priced Skoda Rapid for not having commonly available features such as keyless entry, push button start, etc., Skoda India head Zac Hollis has responded by asking the user to buy something else. He further added that Skoda currently has more demand than production capacity and won’t be able to supply the new range of cars before next year.

While Hollis’ response may be unpalatable in the way it was said, it was not something that was out of context. In a free market, car manufacturers have the right to decide features they want to add or remove. Excluding the ones mandated by law such as security features, carmakers have full freedom to choose the set of features for their car models. 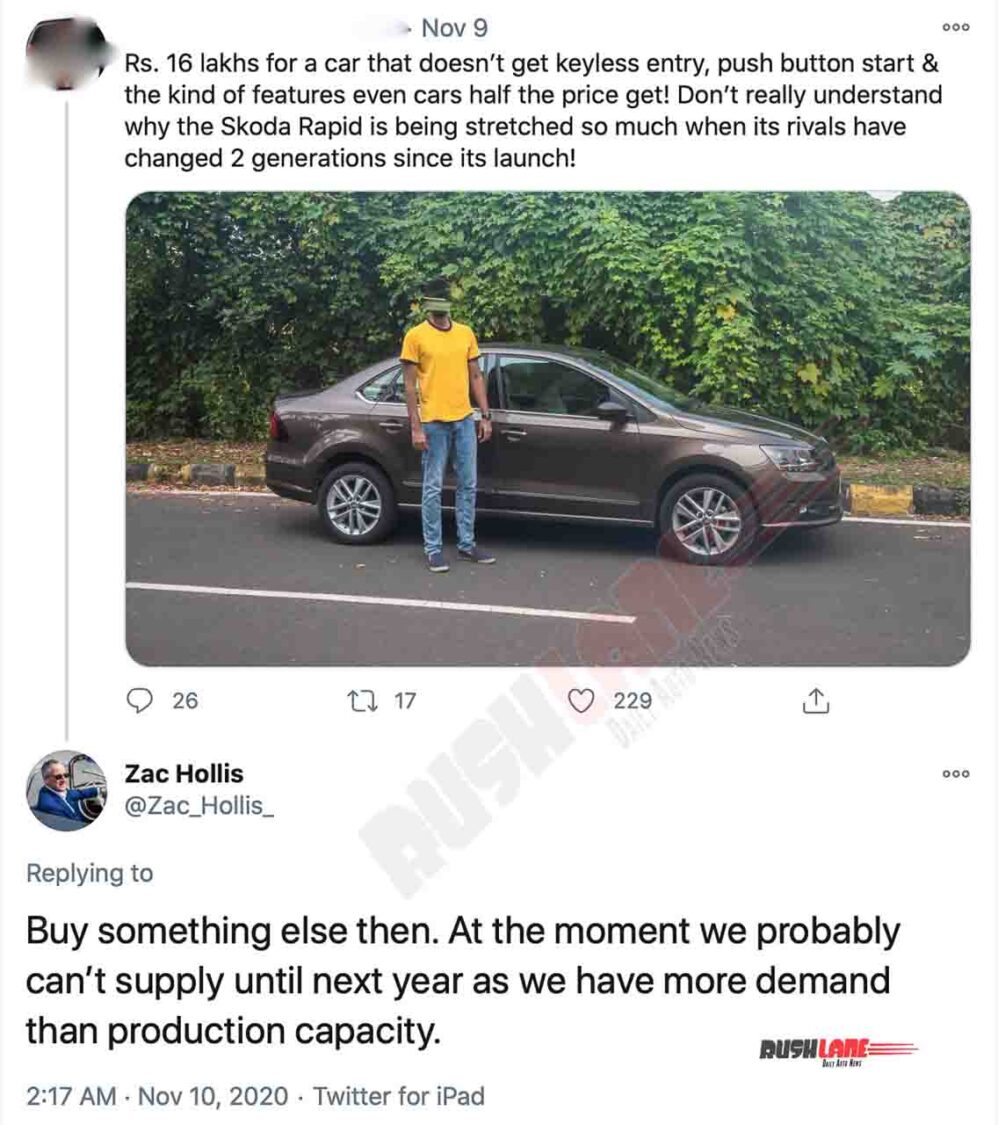 Talking about the Twitter user, he has the right to provide his feedback just like everyone else. But then, Hollis’ reply also seems to the point, as no carmaker forces people to buy their car.

Customers are free to choose what they want to buy based on their specific needs and preferences and what according to them is a better car. Point is Hollis’s reply may be too insensitive, but it was pretty much a straightforward answer. 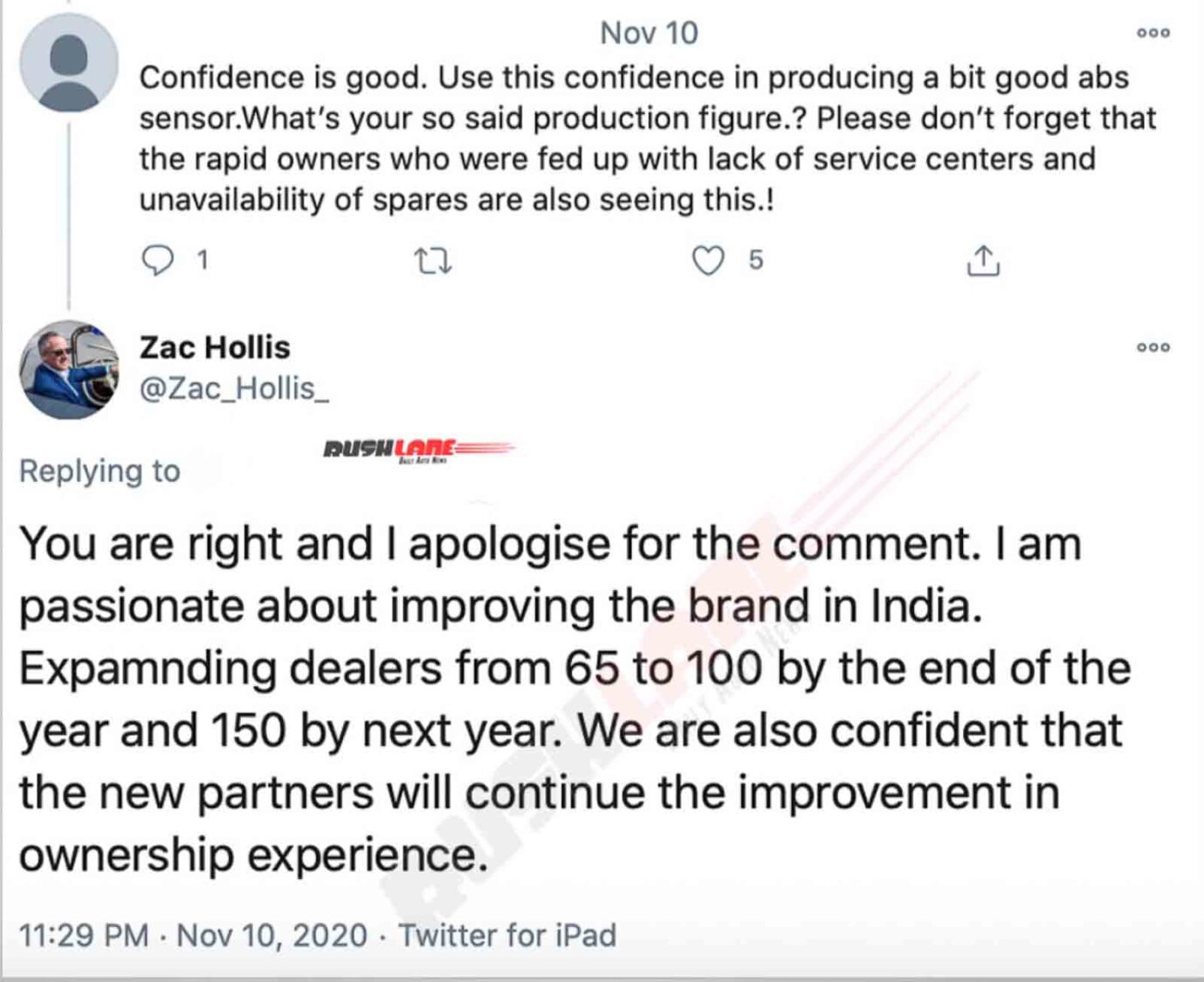 Not everyone buys cars for its features

We also need to consider the fact that people buy a product for several reasons and not just the features offered. It could be the preference for a specific brand, better quality and durability, design, higher resale value, improved engine performance, after sales service, pride and prestige associated with a brand, etc. It is up to the carmaker to decide what their customers value most and how those needs can be fulfilled.

In this specific case, if we talk about the keyless entry feature and push button start / stop, it is not necessary that all users may have a need for it. If you look at sales numbers, people are still buying Skoda Rapid even though it does not come with a long list of features. 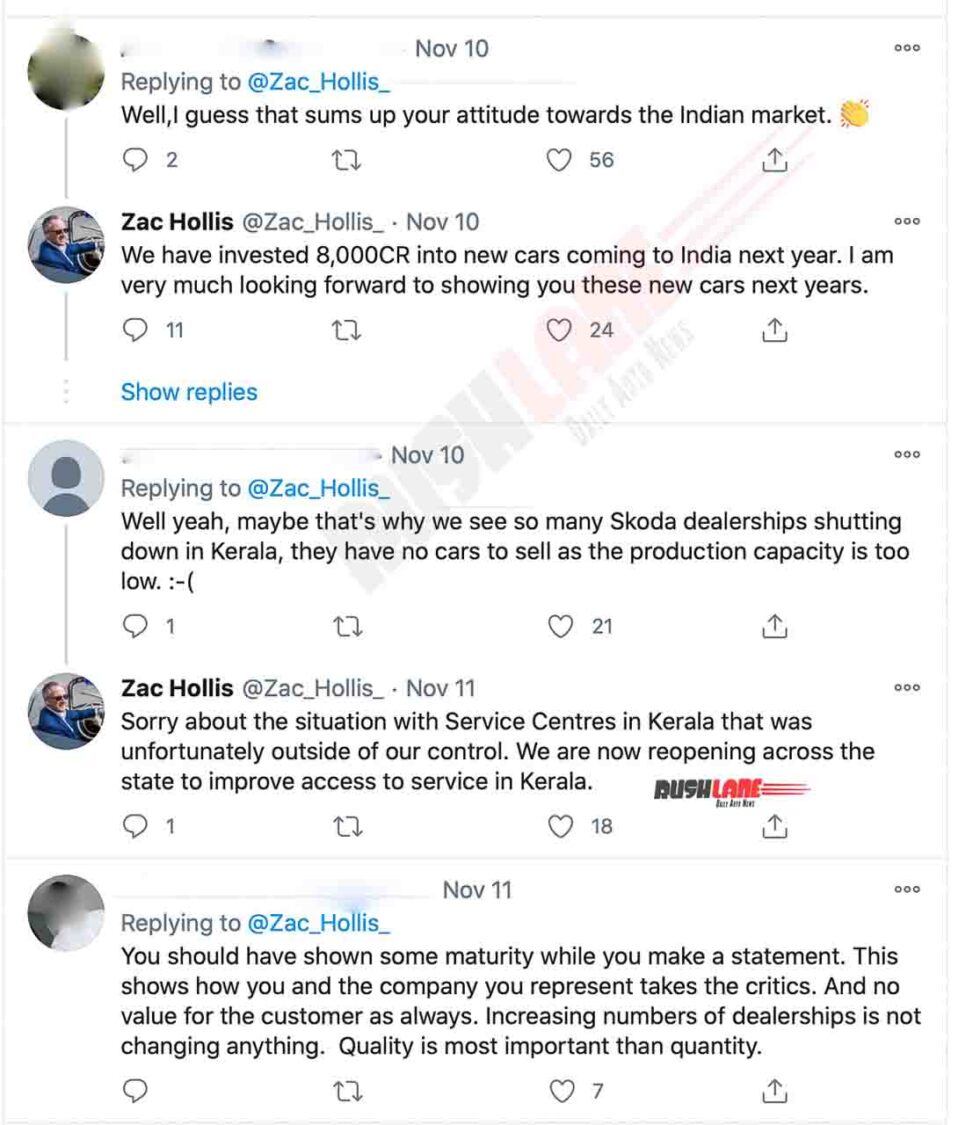 In October, Skoda Rapid was the fourth bestselling sedan in the country with sales of 1,025 units. YoY sales have improved 25.77 percent, as compared to 815 units sold in October last year.

In case of Zac Hollis, we suppose response management would be more advisable rather than berating the company for its callous approach to customers. As part of its India 2.0 project, the merged entity SKODA AUTO Volkswagen India Private Limited will be introducing several new cars starting next year. This has been a tough year for everyone and we all could do better with a little more patience.