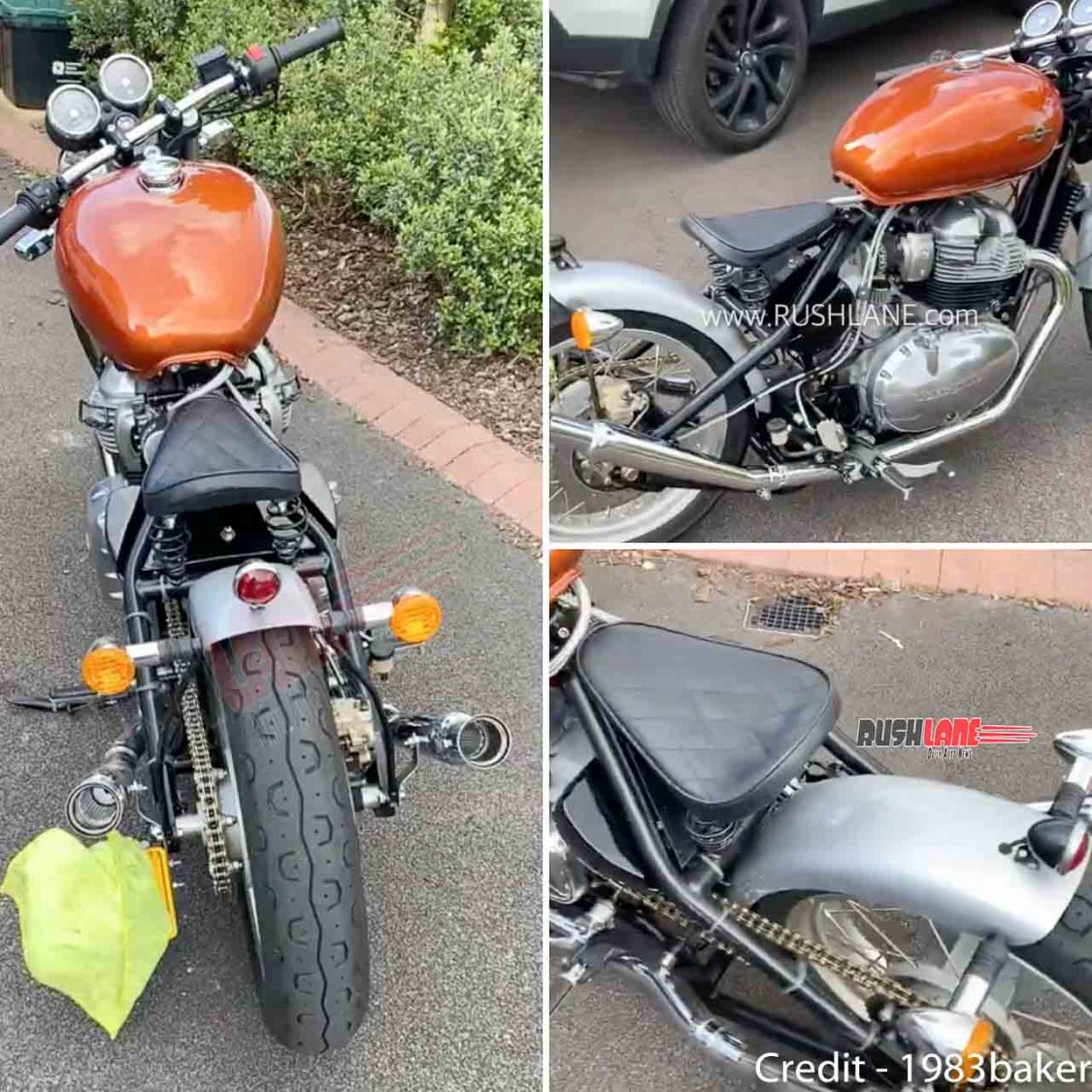 Chennai-based motorcycle manufacturer Royal Enfield introduced its ‘650’ range of entry-level parallel-twin middleweights about a year and a half ago. The ‘650 Twins’, Interceptor 650 and Continental GT 650, were updated to BS6 emission norms earlier this year. Ex-showroom prices start at roughly Rs 2.65 lakh and Rs 2.80 lakh, respectively.

Being relatively affordable good performers, either motorcycle is excellent for customisations. In fact, it is very hard to go wrong with a Royal Enfield 650 build unless there is an absolute lack of taste. Royal Enfield’s regular ‘350’ line-up, on the other hand, is not particularly good at achieving a balance between form and function.

We have shared multiple examples of customised 650 Twins over the months, including the extra-special ‘Kamala’ build. It was built as part of Royal Enfield’s ‘Custom Program’ and pays tribute to vintage ‘board track racing’ motorcycles. Meanwhile, Royal Enfield Latvia introduced the ‘Interceptor MCH Scrambler’ as a limited-run custom variant. The 650 Twins have met almost all genres associated with a classic motorcycle build, but this could be the very first chopper mod (at least on the internet) based on a Royal Enfield Interceptor 650.

UK-based Dan Baker a.k.a. 1983baker documents his Interceptor 650’s journey to becoming a parallel-twin ‘hardtail custom chopper’ on YouTube. The build is not yet complete but has reached its final stages. Dan states that he wants to make the motorcycle mechanically sound with the basics before going all out with the customisation.

The Royal Enfield 650 Twins are powered by a 648cc SOHC air-cooled twin-cylinder engine churning out 47bhp @ 7,100rpm and 52Nm @ 5,200rpm. This is mated to a 6-speed transmission via a slipper clutch. At the moment, it has no direct rivals in India but several alternatives at steps above and below its price range. Honda Motorcycle India might soon join the affordable-middleweight party with four 500cc twin-cylinders, among which the CMX500 Rebel cruiser could be a compelling choice.

In lower segments, Royal Enfield will revamp its ‘UCE 350’ single-cylinder line with the all-new Meteor 350 (replacement to the phased-out Thunderbird and ThunderbirdX). The company is working on another product dubbed ‘Hunter’.