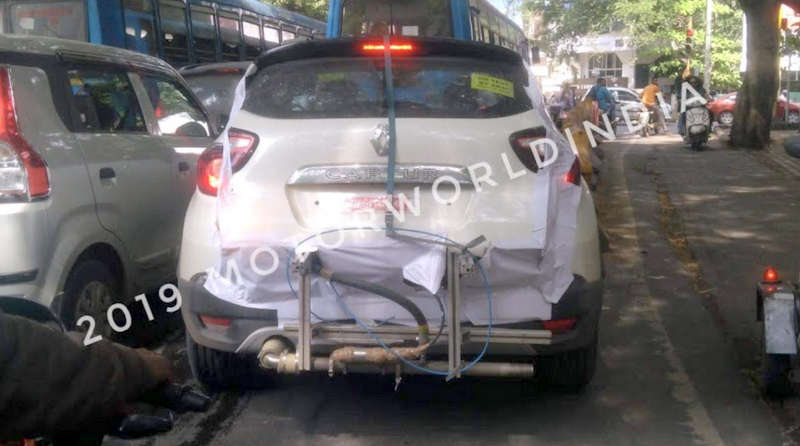 As the deadline approaches for complying with new emission norms, carmakers are busy testing their BS-VI compliant models. Most recently sighted on road tests was new Renault Captur that comes with BS-VI petrol engine.

Just like Maruti Suzuki, Renault has decided to ditch diesel variants after BS-VI norms kick in from April 1, 2020. Renault cars like Duster, Lodgy and Captur will only offer petrol variants post BS-VI implementation.

From the outside, Renault Captur BS-VI petrol looks quite similar to the existing model. Captur is among the good-looking SUVs in India, so continuing with the existing design won’t be a problem. The car can be seen with emission measuring equipment connected to the exhaust. A cello-taped note on the fuel lid clearly reveals that the car is BS-VI petrol variant. 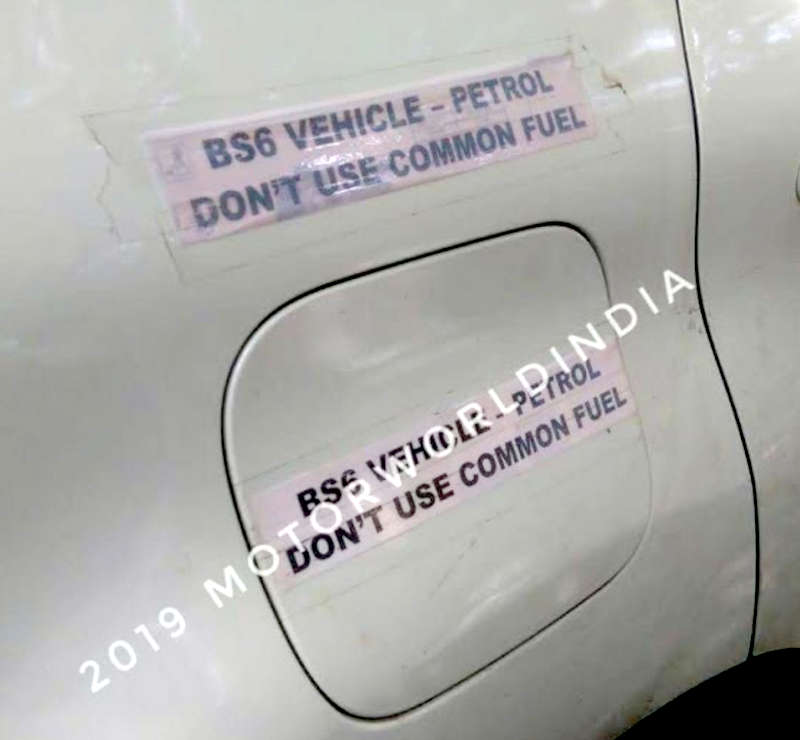 As the note mentions that common fuel is not to be used, we can expect new Captur to be launched close to the time when BS-VI compliant fuel is readily available across India. It is worth mentioning that not all BS-VI cars require BS-VI fuel. Maruti Suzuki BS-VI cars and recently launched Kia Seltos don’t have any issues with using the existing BS-IV fuel.

Renault is already using Euro-6d compliant engines for its cars in European market. Two of these, a 1.0-litre and a 1.3-litre TCe petrol engine can be used for Captur and Duster in the Indian market. The 1.0-litre unit churns out max power of 100 PS and max torque of 160 Nm whereas the 1.3-litre engine can deliver 130 PS or 150 PS based on the state of tune.

Both engines are likely to be offered with a 5-speed manual and CVT automatic. Developed in collaboration with Nissan and Daimler, the 1.3-litre TCe engine delivers more power and torque in comparison to Captur’s existing 1.5L K9K diesel engine.

Renault Captur sales have been hit by slowdown in recent months. In August, 32 units of Captur were sold, which is YoY loss of more than 90%. Competition has intensified in the mid-size SUV segment with launch of new products such as Kia Seltos, MG Hector, Tata Harrier and Nissan Kicks. Captur has an uphill task ahead of it if it wants to engage in a close contest with rivals.