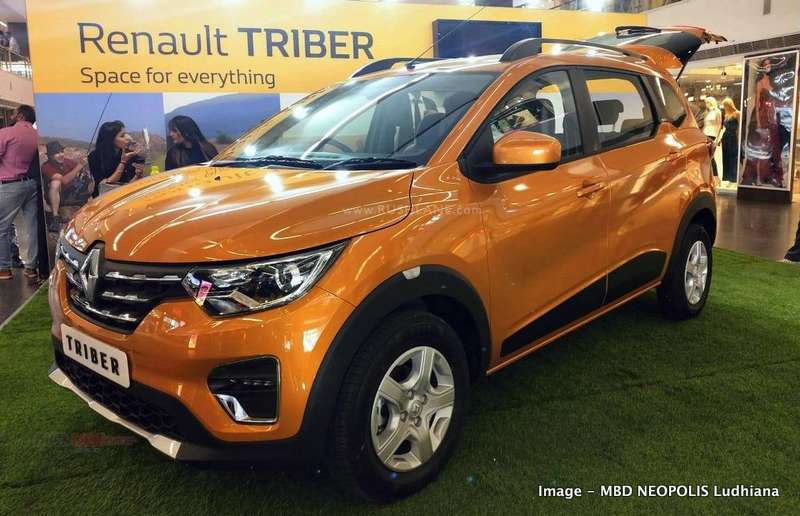 Renault Triber is a 7 seater MPV based on the Renault Kwid. It is presented in four variants of RxE, RxL, RxT and RxZ. It was launched last month in India, at a starting price of Rs 4.95 lakhs. In the first month of its launch, the Triber has now become the best selling Renault car in India.

As Renault India continues to brave a difficult month, there’s some cause to cheer, and plenty to fear. Renault vehicles have lost volume by the dozen across all offerings except it’s new entrant, Renault Triber.

It’s not known what Renault Triber initial sales response was expected. Sales for Renault Triber is reported at 2,490 units for Aug 2019. There’s no way of knowing whether that’s a good start or bad for the auto manufacturer. Renault India is keen on establishing a 3 percent market share over the years to come.

Renault Duster, which helped the brand make inroads into the Indian market no longer enjoys its former glory, and as a shadow of its former self. Sales are up 58 percent but that’s on account of low sales volume of 613 units in August 2018. Sales in August 2019 are reported at 967 units. That’s 2.55 percent gain on MoM sales of 943 units in July 2019.

Renault Captur was launched with much pomp and show in 2018. However, barring the initial months of sale, Captur has lost any and all market share. Sales in August 2019 are at a dismal 32 units, down from 349 units sold in August 2018 at 91 percent sales decline. MoM sales gain is 33 percent, up from 24 units sold in July 2019.

Renault Lodgy sales is down to 24 units. Sales volume has declined 54 percent from an equally small volume of 54 units sold in August 2018. MoM sales has shown improvement of 167 percent at 24 units sold in July 2019.