In a recent media interaction, Hakim Boutehra, head of Renault Commercial Vehicles Romania, has confirmed that a pickup version of the second generation Dacia Duster (Renault Duster in India and South American markets) is currently in the works. Unlike the lifestyle oriented Renault Duster Oroch (sold exclusively in South American markets) which was based on the previous gen crossover, the new gen pickup will be more utilitarian.

The official has confirmed that the Duster pickup is currently undergoing homologation process with launch slated for end 2019. The Renault Duster pickup is expected to be one of the most affordable vehicles of its type in the old continent. 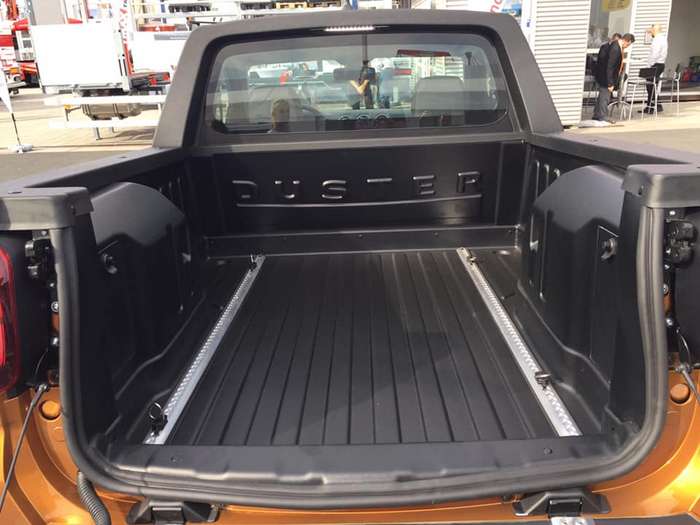 Renault’s subsidiary, Dacia has tied up with Romanian coach builder Romturingia to create the pickup variant. It is to be noted that Romturingia was the first one to build a Duster pickup (limited to 500 units) back in 2014 which served as an inspiration for the Brazil-spec doublecab Oroch. The coach builder attended the Hannover Commercial Vehicle Show in 2018 with yet another Duster pickup derivative, this time based on the second generation model (the one shown in images with this post).

The latest prototype adopts a single-cab configuration and offers a practical load bay which should appeal to Europe’s rural farmers. The Duster’s tried and tested running gear should add to the affordable workhorse’s prospects. We won’t be surprised to see a double-cab variant as well. 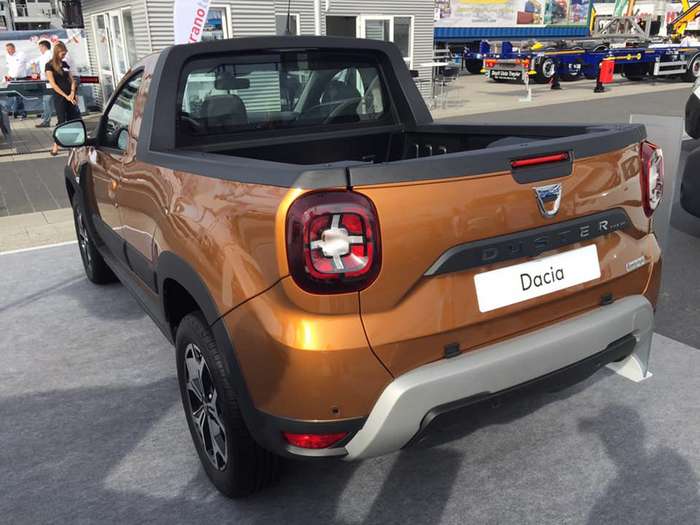 It’s reasonable to assume that the Renault Duster pickup would continue to employ the regular crossover’s efficient 1.5-liter dCi turbo diesel and the new 1.3-liter TCe turbo petrol engine. Both engines are likely to have a 6-speed transmission as standard with optional 4×4 system.

The Renault Duster range currently starts a shade under 12,000 euros in most European markets. In India, it starts from Rs 7.99 lakhs. We expect the pickup version to have a similar starting point. Renault Duster pickup truck launch plans for India are not yet confirmed. The new derivative of the compact crossover might not be launched in India, given demand for such a product is almost non-existent. But we will get the new generation Duster later this year. It is lighter, more powerful, and comes with updated BS6 engines.