2018 Renault Lodgy used in this test did not come with airbags or child safety ISOFIX seat anchors. It was also devoid of ABS as standard while its body shell was also rated as unstable. These crash tests were conducted by Global NCAP. The Lodgy received a zero rating, while the Maruti Suzuki Vitara Brezza was given a 4 star rating in adult occupancy safety. 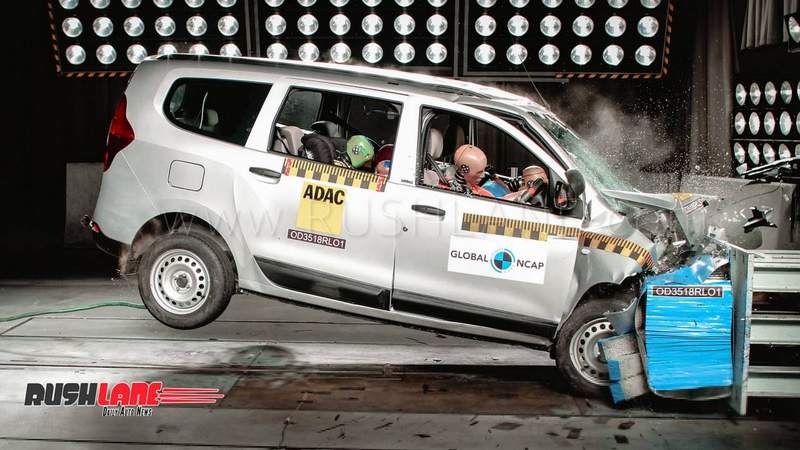 Following this dismal performance of the Renault Lodgy, the company has issued a statement highlighting the safety features of the Lodgy and the reasons why it failed to appeal to comply with Global NCAP standards.

Renault India has stated that all products comply with regulations as laid down by Automotive Research Association of India (ARAI). The company has made enormous inroads into vehicle safety over the past few years and is intent on improving road safety standards while complying with the new safety standards as have been laid down by the Government of India. Renault India is also ready to meet the soon to be introduced safety regulations and BS VI compliant engines coming into effect by April 2020.

In regard to the failed Global NCAP tests, Renault India states that these tests were conducted at speeds higher than those as prescribed by regulatory authorities both in India and in developing markets. Hence the company states, the results of Global NCAP should be seen in that perspective.

“All Renault products meet and exceed the regulations set by ARAI. Renault has taken great strides in vehicle safety. The company shares the goal of improving road safety worldwide, including the adoption of robust vehicle safety standards.” – Renault India