Renault India has plans to launch a new compact SUV in the coming months, which will compete with the likes of Maruti Brezza, Tata Nexon

Renault India is actively testing their new compact SUV. Codenamed HBC, it is expected to be christened Kiger upon launch in India next year. Earlier this month, when the lockdown was eased across India, the small SUV was spied in Chennai. Now, another test mule wearing MH number plates, has been spotted on the Pune Mumbai old highway. These spy images are credit to automotive enthusiast Rigraj.

Renault India has seen sales success with their small cars, which are based on the CMF-A platform. Kwid and Triber are very good examples of new cars based some version of this platform. Now, their third car, Kiger is also getting ready on an improved CMF-A platform.

Not only Kiger, Nissan is also building a small sub 4m SUV on the same platform for India, and it is expected to be called Magnite. Both cars will share engines, features, parts, etc. As seen in the latest spy shotes, Renault Kiger will receive a larger front facsia, a clamshell bonnet structure and split headlamps. It will also be seen with LED DRLs, horizontal housing for airdam, a prominent grille section and central airdam inlets. 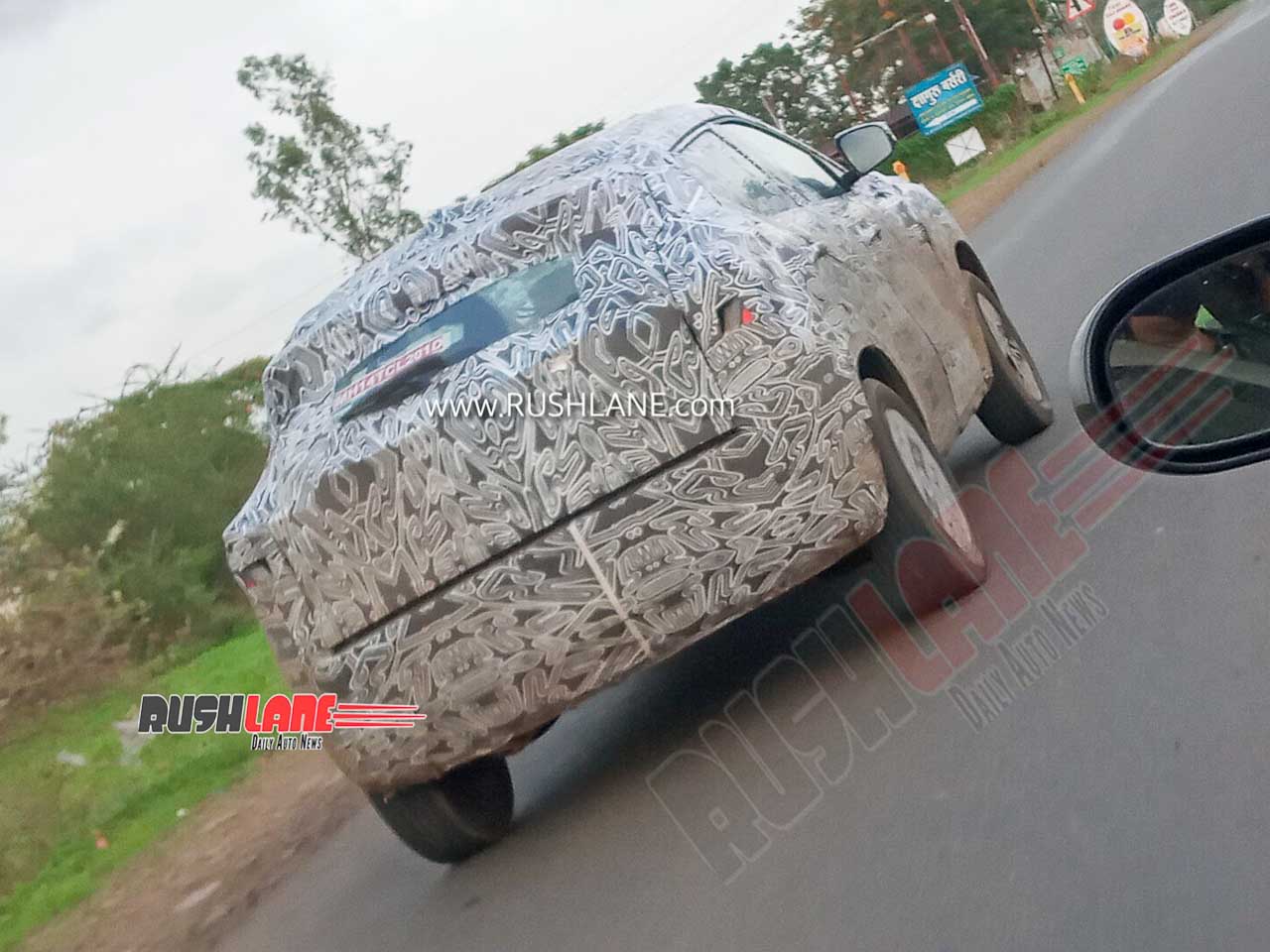 At the rear it will get LED tail lamps. It will sit on two tone silver black alloy wheels. No interiors were detailed in the spy shots, and hence one can only assume what could be on offer. We expect that the new Kiger will see features that could include a touchscreen infotainment system with Apple CarPlay and Android Auto connectivity, a digital instrument cluster, automatic climate controls, engine push start/stop button, etc. It will see a list of safety equipment which will include dual airbags, ABS, EBD, etc.

Renault Kiger will be powered by the same engine lineup as seen on the Triber, but on Kiger, it will be the turbocharged variant. This 1.0 liter, 3 cylinder, turbo petrol engine will offer around 95 hp power. The naturally aspirated variant of this engine which is offered with Triber, delivers 75 hp. Renault also has plans to launch Triber turbo petrol variant in the future.

Kiger’s engine is expected to be offered with manual transmission option. There is also a possibility of AMT / CVT option. Renault has already confirmed that there will be no diesel engine either at the time of launch or any time in the future.

Renault had plans to launch Kiger in May this year. But due to the ongoing COVID-19 pandemic, launch could take place later this year or it could even be put off till early 2021; as has also been seen in the case of the Nissan Magnite. Kiger prices are expected to be in the Rs 5.5 lakh to Rs 8.5 lakh range, ex-sh. Once launched, Renault Kiger will take on the likes of the Kia Sonet, Hyundai Venue, Maruti Suzuki Brezza and the Tata Nexon. It will also compete with the Mahindra XUV300, Ford EcoSport and upcoming Nissan Magnite.