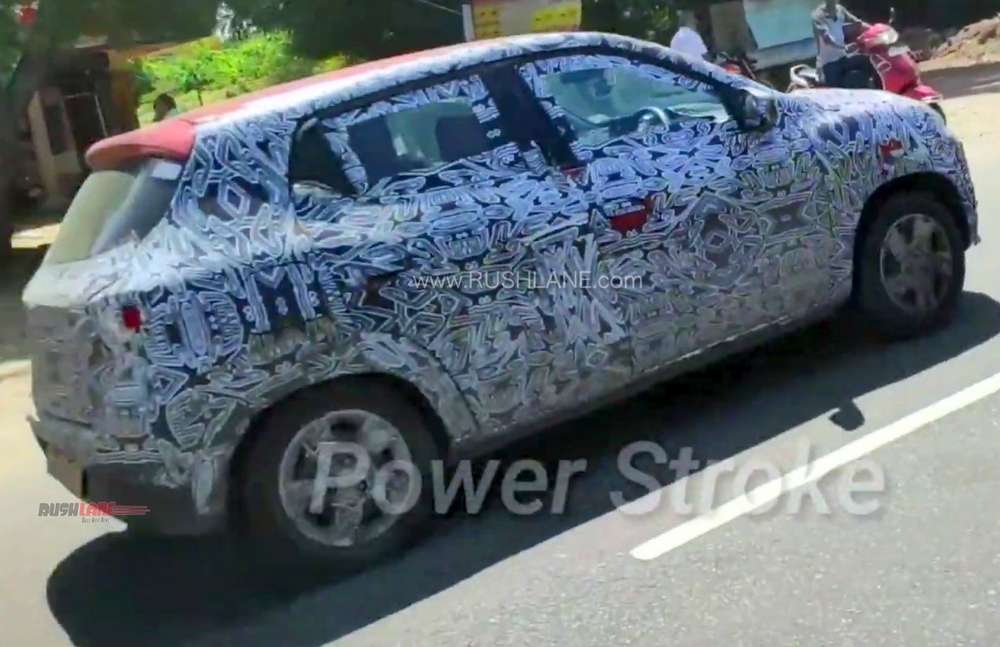 After launching the new Duster facelift earlier this week, Renault India is actively testing two more cars, both of which are slated for launch later this year. One is their 7 seater MPV called Triber, the other is Kwid facelift with BS6 engine. Launch of Triber is scheduled to take place first, sometime in August, while that of new Kwid will take place later this year or early next year.

The current Renault Kwid hatchback, on sale in India, is doing decent in terms of sales; but not as well as it used to do during initial years. The reason behind decline in sales is the launch of new cars like Hyundai Santro, Tata Tiago and the new gen WagonR. In order to boost Kwid sales, Renault will launch the updated Kwid, which will not only feature new front and rear, but also a new BS6 compliant engine.

2020 Renault Kwid BS6 facelift variant was recently spotted on test by YouTube channel Power Stroke PS. Below is the video of the new Kwid test mule, which reveals the car’s side, front and rear profile.

First launched in 2015, Kwid sales recently crossed the 3 lakh milestone. Regaled for its design, several first in segment features and spacious cabin; Kwid is based on the CMF-A platform. Renault is expected to make structural changes as well, in order to make the Kwid meet the upcoming car safety norms of India.

From the video, 2020 Kwid appears to have grown in dimensions, especially where length is concerned. The test mule of new Kwid sported steel wheels, black ORVMs, a new three slat radiator grille, lighting in the front in a two tier setup and LED DRLs. It also gets changes to the rear with new tail lamp design while it also sports restyled bumpers.

Interiors are expected to see some changes, which will only be limited to new upholstery and updates to the MediaNav infotainment system and digital instrument console. Driver side airbag, ABS, EBD, rear parking sensors, seat belt reminder and speed alert will be offered as standard safety features.

The 2020 Renault Kwid will get its current engine lineup, but will be updated to BS6 standard. The 0.8 liter and 1.0 liter, 3 cylinder petrol engines offer 54 PS power and 72 Nm torque and 68 PS and 91 Nm torque respectively and get mated to 5 speed manual and 5 speed automated manual transmission.

The Renault Kwid facelift is not expected to see a drastic upward revision in price and is expected to be priced from around Rs 2.75-3.00 lakhs. This price range will allow it to compete efficiently with A segment cars such as the Maruti Alto 800, WagonR, Tata Tiago, Hyundai Santro, etc.