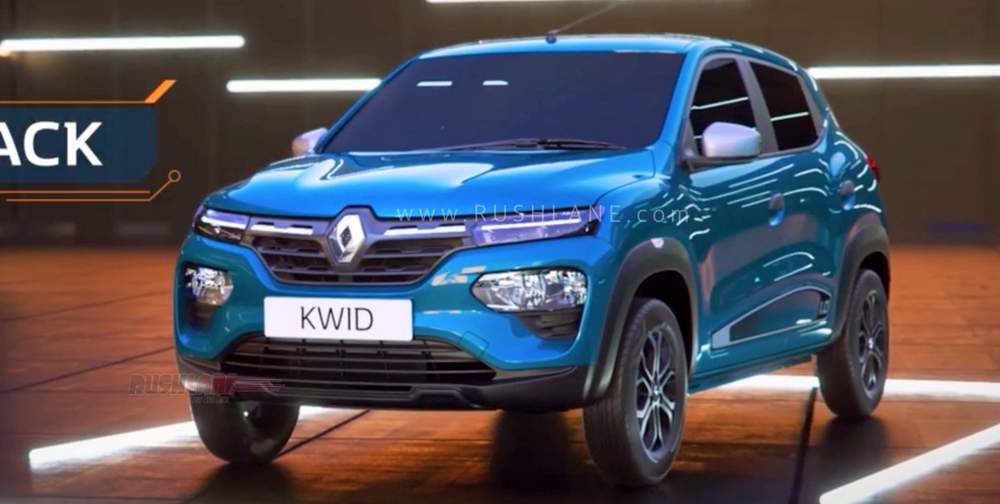 To make the car even more exciting to look, new Renault Kwid facelift comes with a range of exciting accessories pack. A total of five accessories packs are on offer. These are – ALA carte Pack, Essential Pack, SUV Pack, Urban pack and Chrome pack. What comes in all these packs, has been detailed officially by Renault India in the video below.

Speaking about the new 2019 Renault Kwid facelift, interiors sport a dual tone dashboard while extensive use of chrome is seen throughout its cabin thus giving the new Kwid a more premium stance. Buyers are given the option of a sporty orange and white fabric upholstery with striped embossing or a crossway fabric upholstery with red accents.

The Kwid receives a fully digital instrument cluster with LED illumination, an 8” MediaNav Evolution touchscreen infotainment system with Android Auto and Apple CarPlay and a segment first reverse parking camera. Where safety is concerned, the new Kwid complies with both side crash and pedestrian crash norms.

It gets driver side airbags with passenger side airbag offered as an option. It also receives driver and co-driver seat belt reminder, speed alert system and rear parking sensors along with speed sensing auto door lock. ABS and EBD are also offered as standard.

In terms of mechanics, the Renault Kwid facelift sees no change. It continues to be powered by the same engine lineup as was seen on its earlier counterpart. The two engine options include a 0.8 liter petrol engine and a 1.0 liter petrol engine both of which offer 54 hp and 68 hp power respectively. The 800cc engine gets mated to a 5 speed manual transmission while the 1.0 liter engine gets a 5 speed AMT gearbox. Though this engine lineup is currently BS IV compliant, upgrade to BS VI standards will be done prior to the April 2020 deadline.

The Kwid facelift which rivals the Datsun RediGO, Maruti Suzuki Alto K10 and the recently launched Maruti S-Presso. It comes in with a standard 4 year/1 lakh km warranty with road side assistance.