RUSHLANEDAILY AUTO NEWS
HomeCar NewsRenault Kwid Outsider debuts ahead of launch in 2019 - Based on...

The Kwid Outsider is equipped with the usual suspects such as roof rails, big rub strips on the side, silver inserts on the bumpers, black plastic wheel arch cladding, and black finished wing mirrors. Of course, the car sports ‘Outsider’ decals on the front doors, just below the ORVMs. The India-spec Kwid Climber receives the same set of exterior accessories. 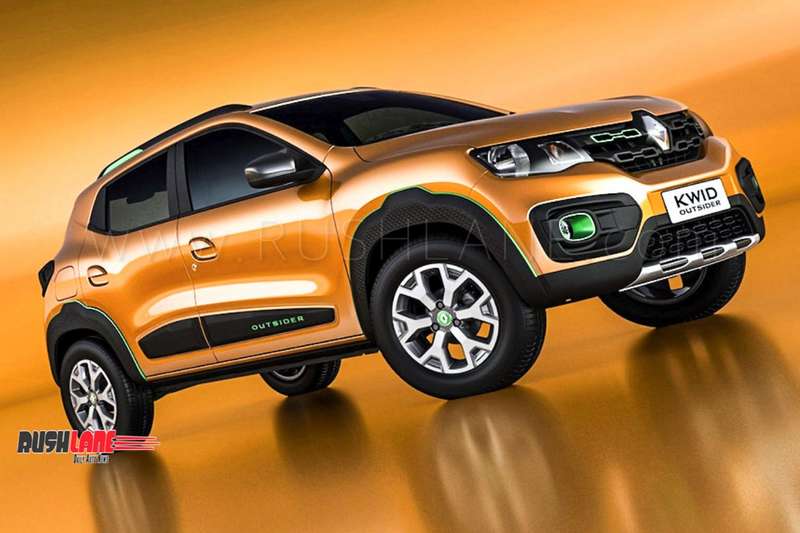 The interior too is similar to that of the Kwid Climber. The black cabin is full of contrast orange accents. Steering wheel, center console, AC vents, gear knob, door pads and upholstery feature orange highlights. In terms of equipment, the Renault Kwid Outsider show car is based on the top-end trim.

The rest of the car continues unchanged. The Brazil-spec Renault Kwid is powered by a 1.0-liter 3-cylinder flex-fuel engine which produces 70 PS and 96 Nm of torque while running on ethanol and 66 PS and 92.1 Nm of torque while on petrol. The claimed fuel economies stand at 10.5 kmpl (ethanol) and 15.2 kmpl (petrol). The motor is paired to a standard 5-speed manual transmission. The India-spec Kwid 1.0 petrol variant offers 68 PS and 91 Nm in comparison. 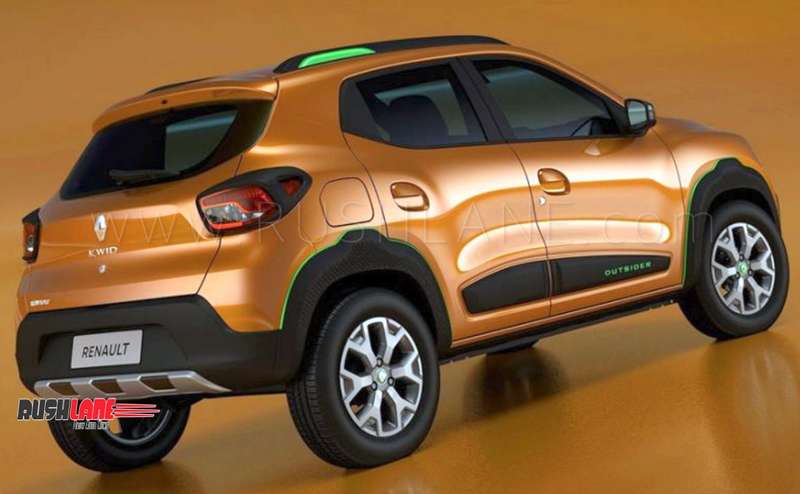 The Renault Kwid Outsider will be positioned as the new top-end variant in Brazil, commanding a slight premium over the existing variant which retails at 41,990 reals (around INR 8.15 lakhs).

Renault Kwid is one of the most affordable cars in the Brazilian market. Yes, the pricing is significantly higher than in India but the Brazil-spec Kwid Outsider comes with 4 airbags, ABS, 7-inch touchscreen infotainment system as standard fitment.