2018 Renault Kwid has been in the news this week for failing the safety crash test. It has scored a 0 star safety rating. Now, one owner of the Kwid, Mr Hareesh R Iyer, who has been with the car for more than 2.5 years, has penned down a letter on social media. He says –

“I have been longing to write this since when I bought Renault Kwid, my 1st car. After 2.5 yrs & 25000+ kms to its credit, my ‘Ice Cool White Kwid’ is not yet bent or broken or dead or rusted or whatever one may call. 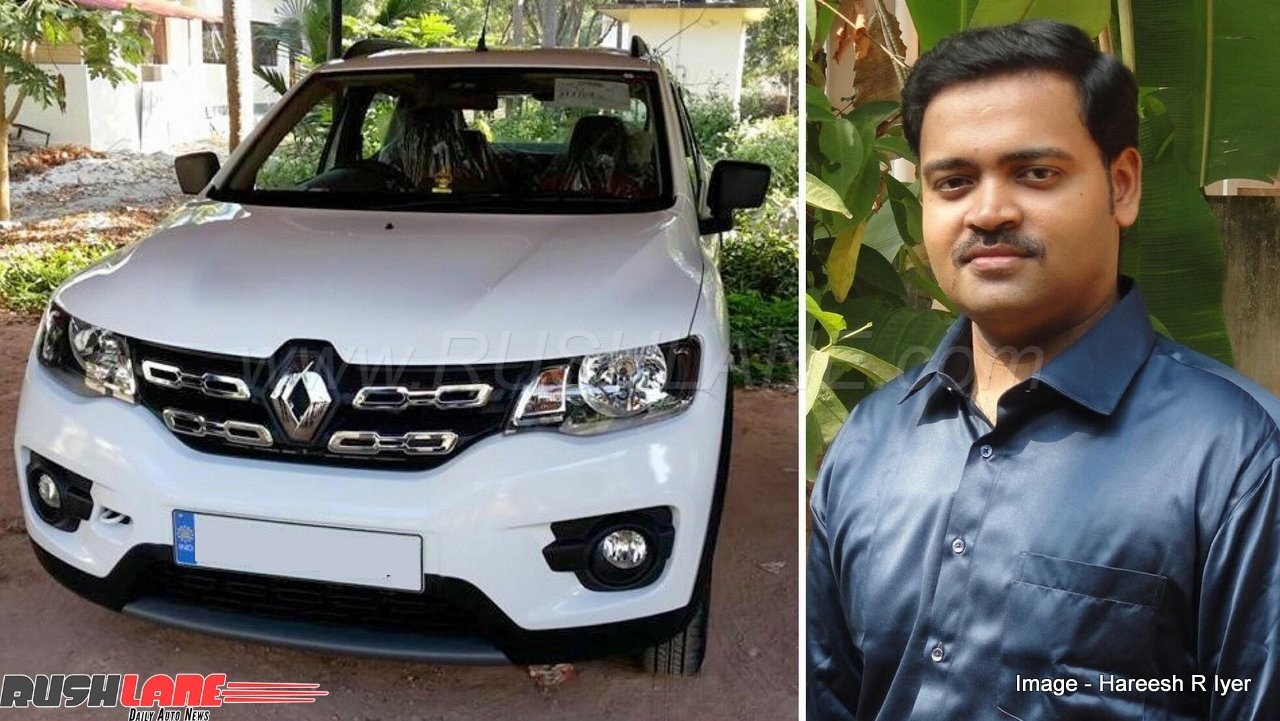 This is a soft going Lower Middle / Middle Class Indian’s Benz / RR / BMW or whatever you name it for luxury. This is what the majority of LMiddle / Middle class Indians would look for from any car manufacturer in almost all models. I said soft going or gentle driving. Those who rode only powerful cars, muscle cars, sports cars, super luxury cars pl excuse.. for the average dream of a low earning Indian for owning a car, as I said, it is Benz / RR / Ferrari / Bentley whatever..

It is real satisfaction for all of us who handle it gentle (drive & braking both included) and do care about the pocket for tomorrow. I have once driven my Kwid continuously (except short halts for refreshment) for 54 hours. The engine never heated up too much, the tyres never failed me (rain, mud & rugged tarmac included), didn’t shun me on the road, never bored my drive, neither did it discomfort me.

Not just that ride, I have a lot more of that sort but shorter trips. I have used my Kwid for moving all my family’s stuff to our new house including hard stuff (see.. I saved thousands of rupees for loading/unloading, packing & moving). Still I keep driving my Kwid for long distances monthly to satisfy my needs of travelling despite all modes of public/private transport available just a few minutes away from me.

It is far ahead in looks, comfort, performance and efficiency compared to many other cars/models (including the most selling ones in the market) in the same segment. But I happily say that we (including my family) are completely satisfied with my Kwid for the comfort, price, mileage, control and its features.

This write-up is out of my experience with Renault Kwid. Opinions in its sense only may be replied. I don’t invite a social media verbal war over a writeing which would otherwise won’t make any use / sense to anyone that has nothing to do with the Renault Kwid.”