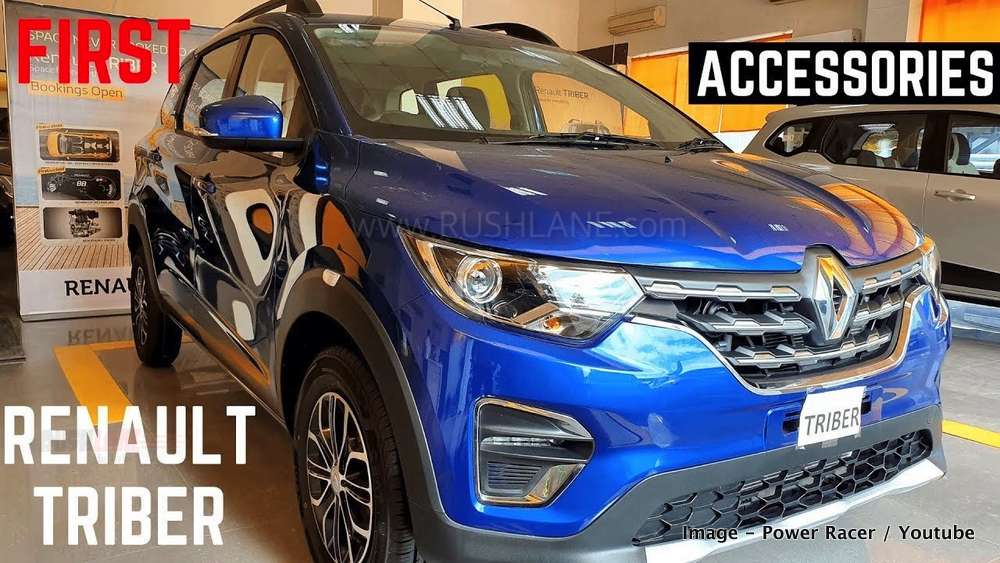 Renault Triber is offered in four variants of RxE, RxL, RxT and RxZ. It is the top of the line RxZ variant which has now been fully accessorized with all the available official accessories by the dealer.

The 7 seater Renault Triber will be positioned on the Renault Nissan modular CMF-A platform that also underpins the Kwid and Datsun RediGo. Dimensions stand at 3,990mm in length, 1,730mm in width and 1,643mm in height with a 2,636mm long wheelbase with boot space of 625 liters. It also gets ground clearance of 182mm and fuel tank of 40 liter capacity. In a 6 seater configuration, boot space stands at 320 liters while in a 7 seater set up, it is at 87 liters. 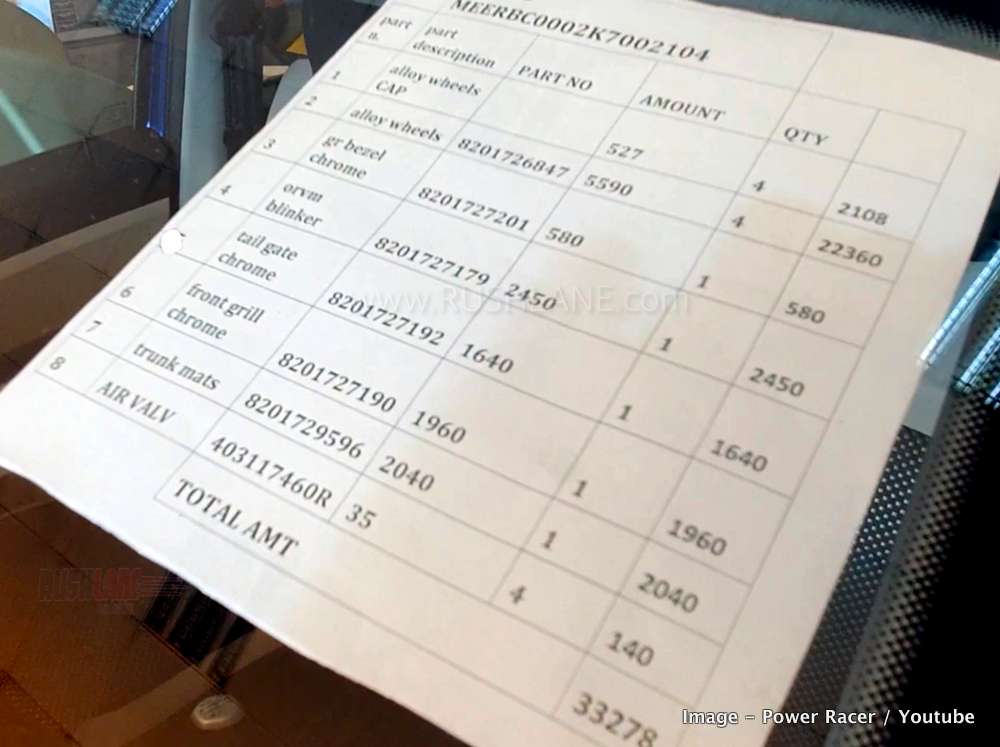 Speaking about the interiors, it would sport some designs borrowed from the Renault Kwid. It gets an 8.9cm LCD screen, 8 inch touchscreen infotainment system with navigation, Apple CarPlay and Android Auto connectivity and a piano black central console.

For safety, Triber will offer a total of 4 airbags, collapsible steering column, automatic door locking system, rear parking sensors, speed alert system, seat belt alert and ISOFIX seats along with ABS and EBD which will be offered as standard.

Engine specifications on the Renault Triber will include a single 1.0 liter, 3 cylinder, naturally aspirated petrol engine offering 72 bhp power and 96 Nm torque mated to a 5 speed manual gearbox and a 5 speed AMT. There will be no diesel engine offering.

Renault could price the Triber between Rs.4-7 lakhs. Official price will be revealed later today, at the launch. It will compete with the Maruti Suzuki Swift, Ford Figo and Hyundai Grand i10 NIOS.