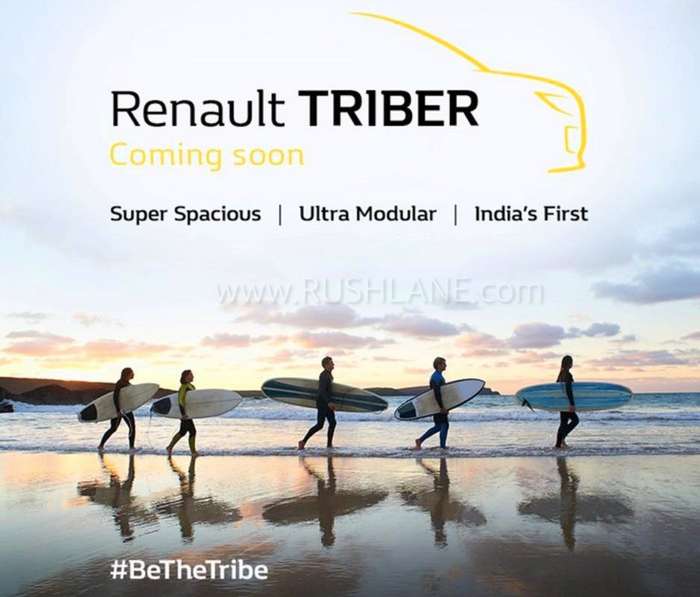 Renault’s next car launch for India, is an MPV. Yes, they already have an MPV on sale, the Lodgy. But, it has failed in the Indian market, with monthly sales being in two digits. They need a car, which will take on the likes of Maruti Ertiga, Mahindra Marazzo.

The answer is Triber. Yes, that is the name of Renault’s new car for India. Renault Triber name was officially revealed today. Along with the same, the company has also launched Renault Triber website – https://www.renault.co.in/triber.html.

The name Triber is derived from the word Tribe. The hashtag Renault is using for marketing the Triber is #BeTheTribe. Being a 7 seater, Renault is planning to market the MPV as a family car. The first keywords defining Renault Triber are – Super Spacious, Ultra Modular and India’s First. 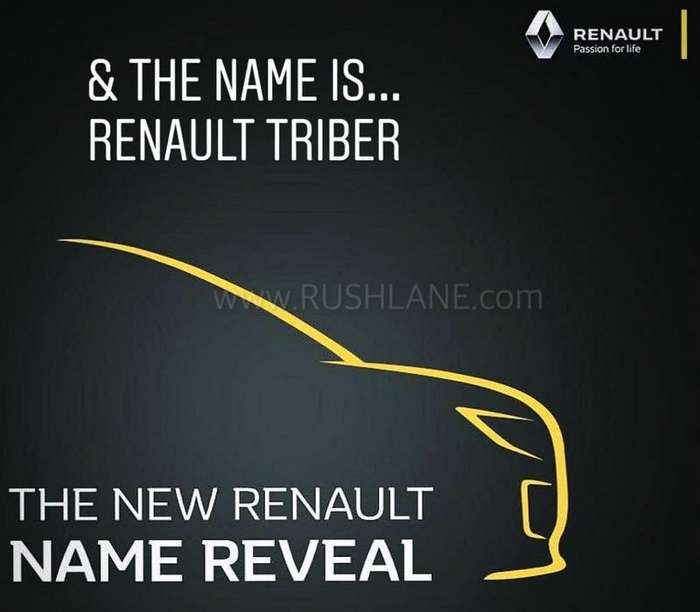 Internally codenamed RBC, the Renault Triber MPV will be positioned below the Lodgy in the company lineup. Thanks to leaked spy shots, we can say that the Renualt Triber will have sporty accents on the exterior. It has a large V shaped front grille, flanked by sleek headlamps and integrated LED DRLs.

Interiors of the new Renault Triber will sport a dual tone colour scheme. It borrows its steering wheel design from that seen on the Captur, while other features will include a 7” touchscreen infotainment system with Apple CarPlay and Android Auto, steering mounted controls, AC vents for second and third row passengers, second row reclining seats and third row fold flat seats.

Considering more stringent safety norms coming into effect, the Renault Triber will get airbags, ABS and EBD as standard, along with reverse camera, cruise control, parking sensors and a speed alert system.

Renault Triber will be offered in both petrol and diesel engine options. These are not revealed officially yet, but they are believed to be the same options which are on offer with Duster currently. These are 1.5 liter petrol engine offering 106 PS power and 145 Nm torque and a 1.5 liter diesel engine capable of 110 PS power and 240 Nm torquw. Both engines get mated to a manual gearbox. AMT could also be on offer at launch.

Launch of the new Renault Triber is confirmed for Q3 2019 (Jul-Sep). It is positioned on a modified version of the CMF-A platform, on which the Renault Kwid is also positioned. More details will be revealed closer to launch.