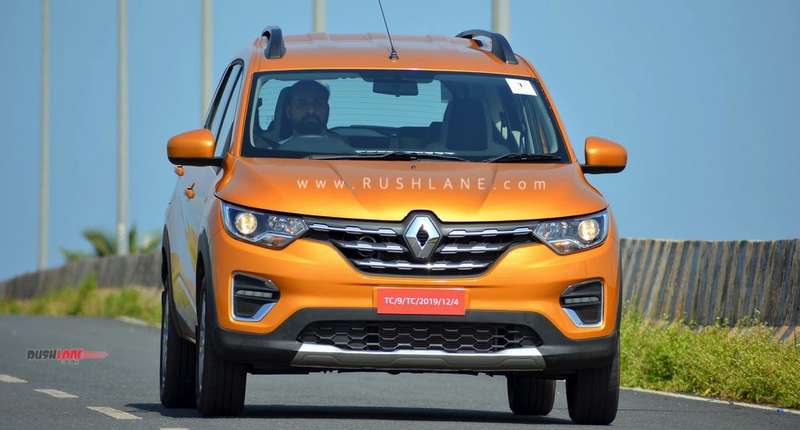 Most Renault products in India have been either a hit or a miss. If we were to analyze the past trends, whenever Renault came up with a segment defining product, most of the times it has met with considerable success. However, whenever it has brought in a #MeToo product, things haven’t worked out very well for the French automaker.

Back in 2012, when the Duster was introduced, it took the market by storm. There was practically no competition as Duster came in as a great product for anyone who was looking for an urban SUV which could deal with casual off-roading.

The entry level hatchback segment is typically Maruti’s forte and even though chances were stacked against Renault, it still went ahead with the launch of the Kwid in 2015. The Kwid, with its SUV inspired looks again repeated Duster’s success and gave Maruti some serious goals (result being the upcoming S-Presso hatchback). However, other products of Renault, like the Swift-rival Pulse or the Creta competing Captur haven’t had a good time in the Indian market. 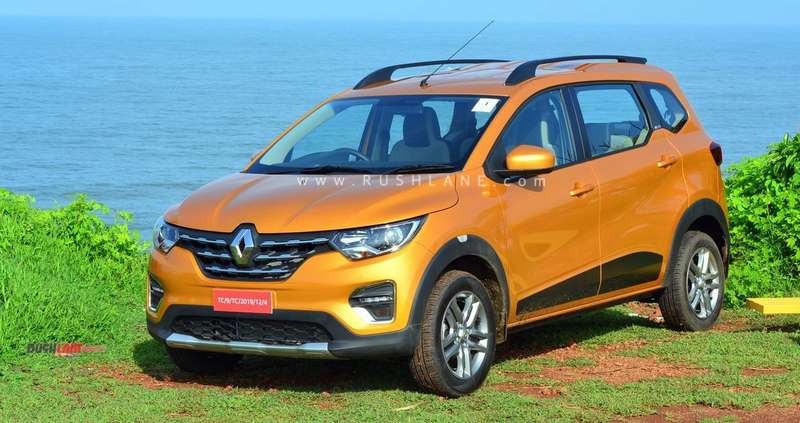 Now, in 2019, Renault is hoping on yet another blockbuster launch with the first-in-segment, Renault Triber. Renault recently called us to experience the Triber in Goa and we tried to figure out, if the French automaker has another winner at its hands?

What exactly is it? – If you were to cross breed a sub 4 metre crossover, a hatchback and an MPV, you will get something close to the Triber. Now to help you relate to it a little more, imagine, if there is a product which is an amalgamation of the Captur, Kwid (Climber) and Lodgy; you almost have the Triber, right there! It is almost a first-in-segment product which has almost no direct competitor (comparing it with Datsun Go+ would be kind of unfair). 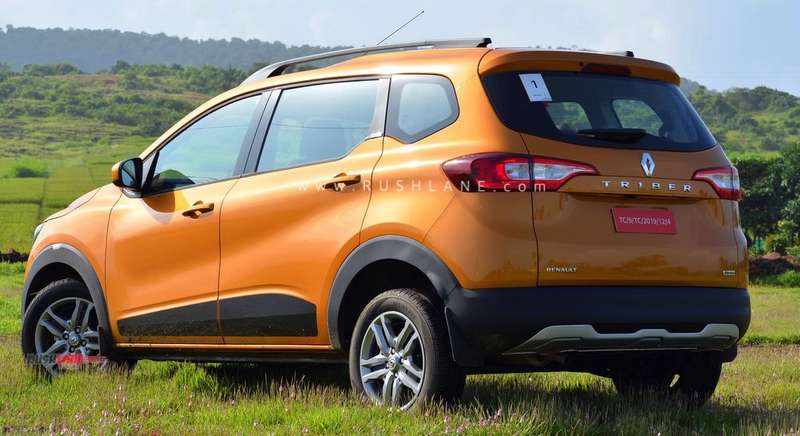 Exteriors– The Triber has typical Renault cues written all over it. At the front, a large chrome Renault logo takes the centre stage. The front grille is similar to the one found on its younger cousins, Kwid & Climber; though there is more chrome detailing on the Triber. The side profile with its elongated end isn’t something which we are very fond of,  however, the roof-rails add to the SUV-inspired looks. At the rear, you get large wrapped around tail-lamps and a skid plate at the bottom. Though looks are usually subjective, but in our opinion, the Triber looks the best from the front.

Interiors – What the Triber lacks on the outside, it makes up for it on the inside. Step-in, and you won’t feel as if you are entering a sub 4 metre car. The way Renault engineers have worked upon the cabin space is simply marvelous! (More about that in a while!)

Both first & second row seats are at a considerable height, so ingress & egress is comfortable for the driver and passengers. In the front seat, the seating position reminds of you of the seating stance found in typical tall-boy design cars. You get a good view of the road however one thing which isn’t great is the thick A-pillar which came out as hindrance in the overall view.

Cabin carries a dual-tone color scheme, a mix of dark and light grey. The lighter shade helps to make the car look spacious while the darker color helps to build a character. The cabin lacks soft-touch plastics, but it is acceptable considering the price point of the Triber. 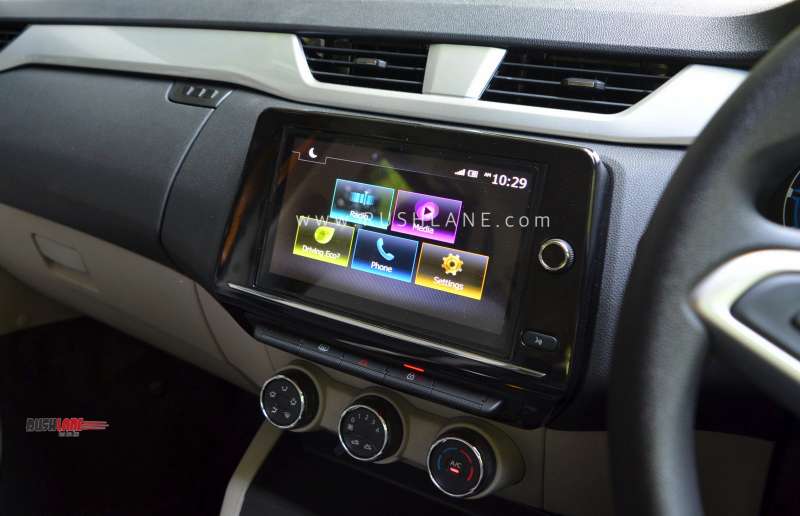 On the centre of the dash, there is a large 8-inch touchscreen infotainment system. User interface isn’t the smoothest but the sound quality is good, especially when compared with competition. The steering wheel lacks multi-media functions and there are times when you miss the convenience.

However, the highlight of the Triber is space, because there is oodles of it. To help you keep your stuff organized, there are numerous storage boxes available across the cabin (along with cooling functionality). As far as seating is concerned, the front rows provide a comfortable position for both the driver and co-passenger. The second row can seat 3-abreast. The seating configuration is such that it provides considerable leg space and head-room & a decent amount of shoulder room. Having a dedicated AC output blower on the B-pillar further makes the seating experience more comfortable.

Surprisingly, the third row is also spacious and even adults can happily plan to sit in the seats for a 2-hour long drive. To make the experience more passenger-friendly, Renualt has provided separate AC vents for the third row and even a 12-volt power-output plug!

What is interesting is the fact that the Third Row seats are fully detachable and you can remove them from the car and store them in your garage as well. This helps to transform the Triber into a conventional 5-seater, but one with a humongous 625 litres boot space! Renault claims that there are over 100 variations of seating configurations possible on the Triber, which just showcases how modular the car is. 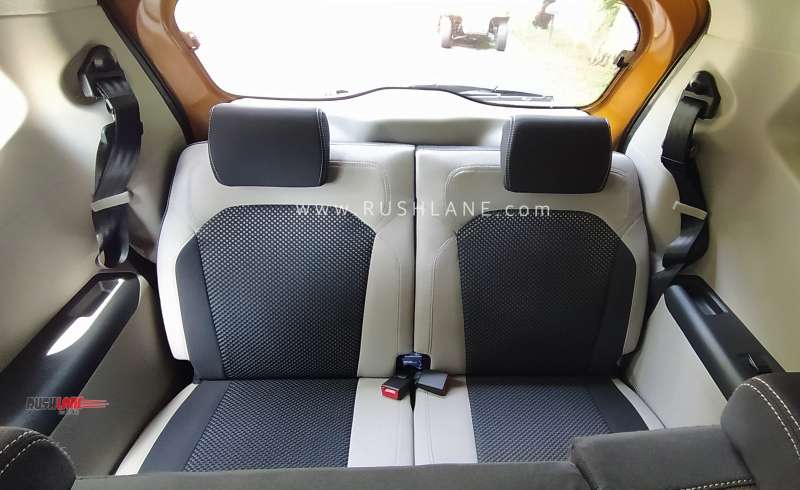 Powertrain – The Triber comes powered by a 1 litre petrol unit which also does duty on the Renault Kwid 1L. On the Triber, the motor dishes out 72hp & 96 Nm of max torque. While, the unit does a good job on the Kwid 1L, on the Triber it feels slightly under-powered. The 5-speed MT gearbox has apt gear-ratios however the gearbox configuration and throws aren’t very intuitive. However, we should not get too critical of the combo because it does the job it was supposed to do.

Ride, Handling & NVH – The Triber isn’t meant to be a performance-oriented car, and it doesn’t even try to be one. It is a simple car which can seat 7 and move you around town, and that is essentially what it should be used to do. Drivability of the car is good; however, the steering feels heavy, partially due to its own configuration and partially due to the quality of materials used for the steering wheel. Steering feedback is also almost non-existent, possibly due to the same reasons. As far as handling of undulations on roads is concerned, it does a good job as the suspension setup manages to absorb most bumps.

NVH levels aren’t great but the fact that the upper trims come along with a decent music system, helps! If you turn up the volume, most noise is concealed by the music, however, if you don’t, you will get a fair bit of noise from outside. Engine rev notes in this segment neither are supposed to be music to the ears, nor are they! You may refrain from experimenting!

Safety – On the safety front, the top of the line trim, RXZ gets 4 airbags, ABS, speed sensing door locks and a reverse parking camera. Thanks to the upcoming safety norms, even the entry level RXE trim gets ABS and 2 airbags. Renault Triber crash test safety rating is not yet available.

Verdict – Folks at Renault have done a clever job by conceptualizing the Triber and then bringing it to life. It comes out as a good option for many first-time car buyers who are on the lookout for a budget hatchback which has some extra space.

Overall, the car shines in two departments, space and the value for money quotient. As discussed, the Triber has considerable space, enough to even shame some 4m+ cars. And the fact that Triber’s range starts at INR 4.95 lakhs (ex-showroom), it simply makes the Triber a car with a good value for money quotient. In our opinion, these two will be the major USPs of the product, which has just entered a highly competitive space.

Consumers living with a large family who are on a lookout for an affordable car will surely find the Triber as an interesting option and it will definitely be in their consideration set.

In our opinion, the car might get better response from Tier 1 & Tier 2 cities, rather than Metros, considering the density of the target audience for the car. This is relatively a small departure from the past sales trends of Renault, whose previous products like the Duster & Kwid have been more successful in Metro areas. Renault shall boost up its presence in the target cities to ensure that more consumers get to experience the Triber and eventually get it to their garages!

Disclaimer – For this review, Renault India invited and hosted us at Goa. They paid for our travel, stay and food.