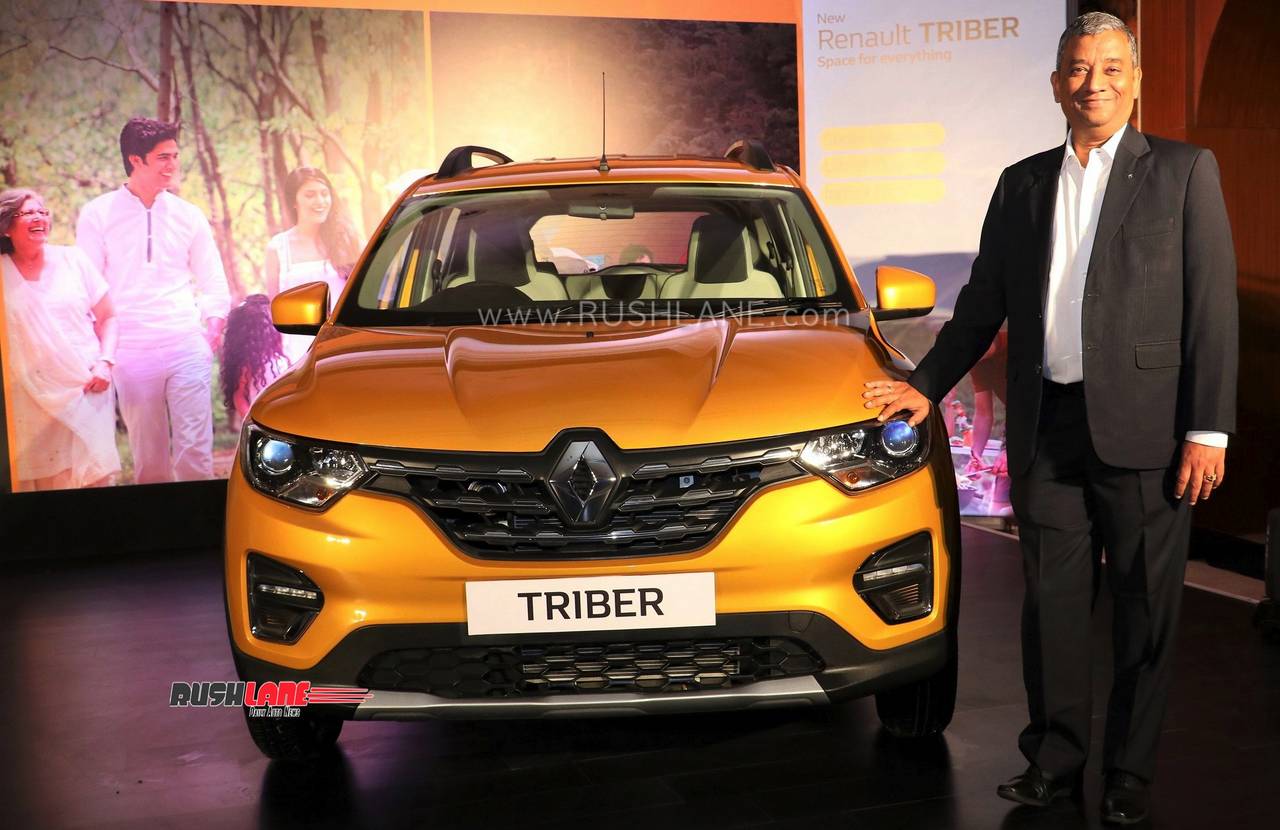 Launched in Aug 2019, sales of Renault Triber since launch have now crossed the 10k milestone. Priced from just Rs 4.95 lakhs, the 7 seater small sub 4 meter car has seen a good demand, so much so that in Sep 2019, Triber sales were higher than Kwid sales – thus becoming the best selling Renault car in India.

In Oct 2019, with the launch of Kwid facelift, Triber became 2nd best selling Renault car in India. “The festive season has begun on a good note for Renault India, and we are thankful to our customers for the encouraging response to our new game-changer, Renault TRIBER. With 10,000 cars already delivered and a strong bookings pipeline, we have ramped up the production and are taking concerted efforts to further accelerate production to enable faster deliveries and best in class quality.

Together with the metro cities, Renault TRIBER has seen wide acceptance in the rural markets as well, and we have a robust strategy to build our presence across these markets, which offers significant growth potential,” said Venkatram Mamillapalle, Country CEO & Managing Director, Renault India Operations.

Renault Triber has entered the list of best selling MPV / MUV in the country for the month of Oct 2019. The 7 seater Renault Triber is be positioned on the Renault Nissan modular CMF-A platform that also underpins the Kwid and Datsun RediGo.

Exterior design elements include projector headlamps, LED fog lamps and LED daytime running lamps along with 5 spoke dual tone alloy wheels and several other chrome accents on the exterior. It also gets roof rails and sporty body cladding along with skid plates.

The interiors would sport some designs borrowed from the Renault Kwid. It gets an 8.9cm LCD screen, 8 inch touchscreen infotainment system with navigation, Apple CarPlay and Android Auto connectivity and a piano black central console. It will get a total of 4 airbags, collapsible steering column, automatic door locking system, rear parking sensors, speed alert system, seat belt alert and ISO FIX seats along with ABS and EBD which will be offered as standard.

Engine specifications on the Renault Triber will include a single 1.0 liter, 3 cylinder, naturally aspirated petrol engine offering 72 bhp power and 96 Nm torque mated to a 5 speed manual gearbox and a 5 speed AMT. It is presented in four variants of RxE, RxL, RxT and RxZ.