Renault Triber vs Maruti Swift vs Hyundai Grand i10 – Comparison 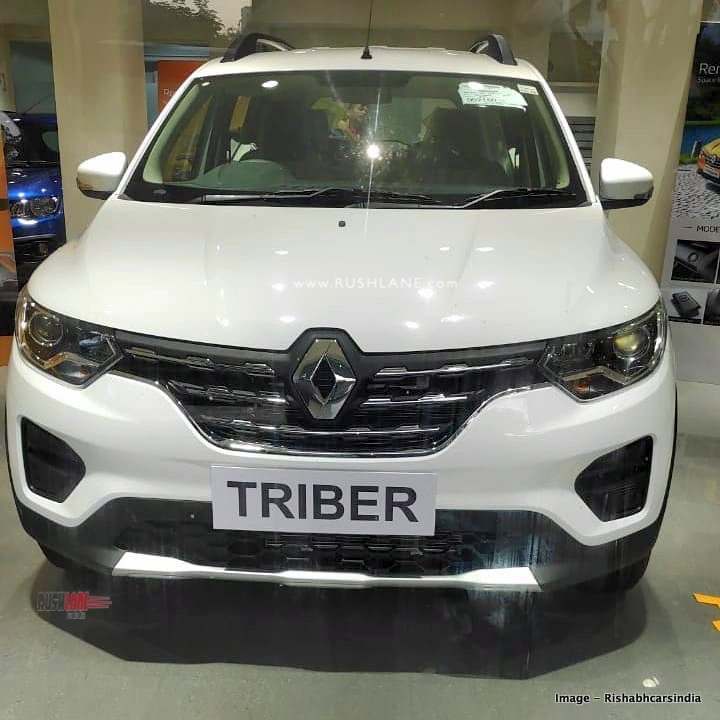 Renault Triber has been launched into a highly competitive sub 4 meter compact car segment. Priced from just Rs 4.95 lakhs, the Triber comes with a tagline – Space for Everything. Though being a conventional 6 seater, the Triber can also be used as a 7 seater. And this is what makes it different from everyone else on sale currently in the market. In the price range that the Triber is being offered, it takes on the likes of Maruti Swift, Hyundai Grand i10 and Ford Figo. Lets take a look at the cars specs, features, engines, etc. Renault Triber vs Maruti Swift vs Hyundai Grand i10. 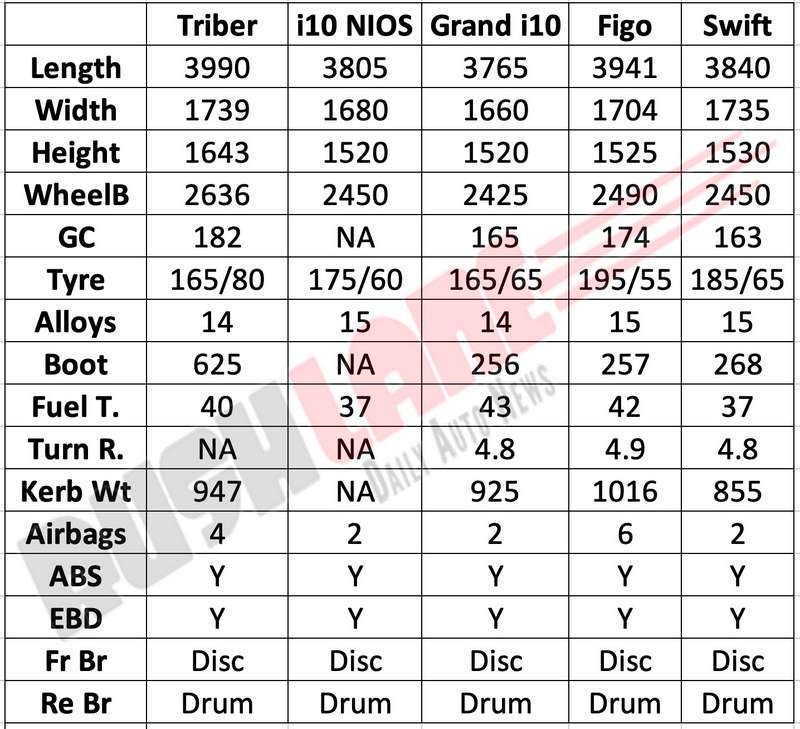 Safety features – Though the Renault Triber comes in with a host of driver and passenger comfort and infotainment features and the latest in technology, it is found lacking where safety is concerned, especially when comparing it with these rivals. Triber gets dual front airbags, ABS, rear parking sensors and speed alert system while the top spec variant also gets a reverse camera and passenger side airbags.

It however misses out on fog lamps, steering mounted controls, automatic climate controls and passive keyless entry which is seen offered by its rivals. Total airbags on the Triber include dual front airbags, front side airbags and two additional airbags offered on its top end variant. These are not offered on Swift or on Grand i10 but the Ford Figo scores points in this area with a total of 6 airbags on its top end variant. 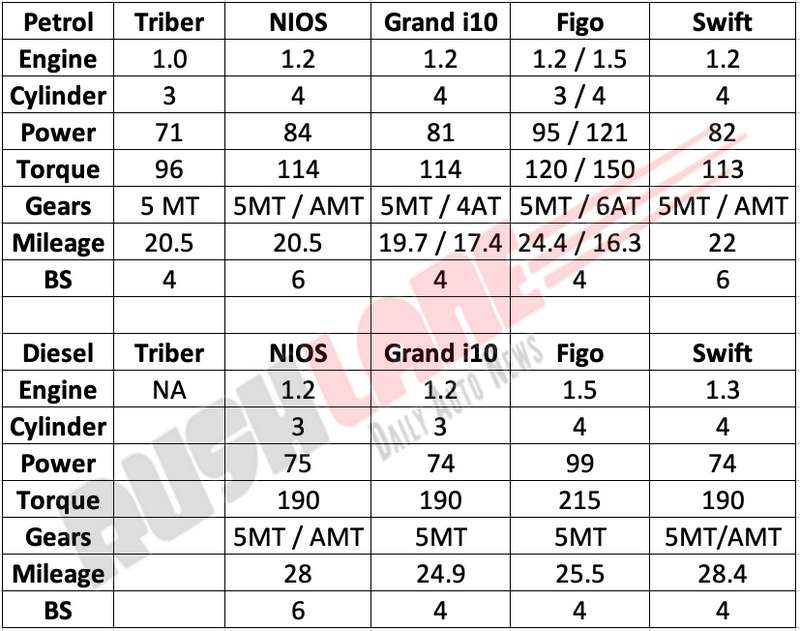 In terms of fuel efficiency, however, it is the Maruti Suzuki Swift that offers the maximum at 21.21 kmpl. The Renault Triber is capable of 20.5 kmpl while the Grand i10 engine offers just 18.6 kmpl fuel efficiency. Fuel efficiency on board the Ford Figo is at 20.4 kmpl where the 1.2 liter petrol engine is concerned and at 16.3 kmpl for the 1.5 liter engine.

Prices – Renault has tried to create new segments with their new car launches. It was the Duster (launched in 2012) which started a segment, which is now seeing fierce competition and has offerings like Hyundai Creta, Nissan Kicks, Maruti S Cross, Kia Seltos. Then they launched Kwid, which offered much more than any other conventional car in the segment was offering at that time, which resulted in it becoming an instant hit. 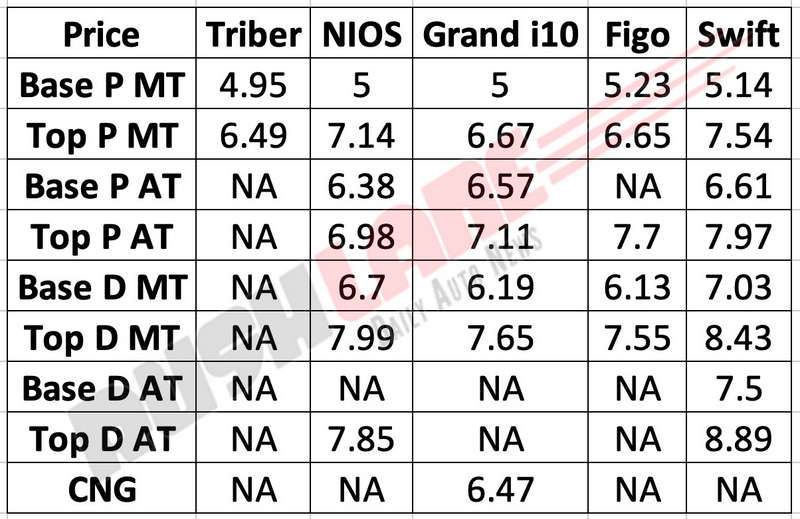 With the Triber, Renault is doing the same. It is not your conventional sub 4 meter car, but has more features and space than any other sub 4 meter car on sale today. The price is finally the deciding factor and it is here that the Renault Triber will find no match. Priced in a range of Rs 4.95 lakhs to Rs 6.49 lakhs, new Triber is the most value for money proposition in the comparison. Will buyers chose Triber over rivals?