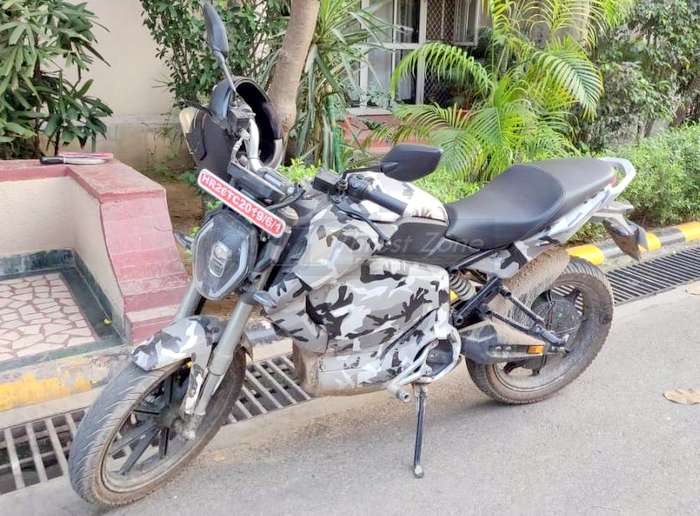 Revolt Intellicorp, one of several electric vehicle startups to emerge in India, may have an edge over several others simply because it has access to INR 400-500 cr funding right from day one. The EV entity is founded by Micromax co-founder Rahul Sharma with his own funds. Earlier this month, Revolt announced that its first motorcycle will be supported by Artificial Intelligence and will be market ready by June 2019.

A camouflaged electric motorcycle prototype has been spotted recently and reports suggest that the motorcycle in question is Revolt’s first product. The prototype features production-ready bodywork suggesting that the launch plan is progressing as per schedule.

The Revolt electric motorcycle sports a conventional design which has heavy inspiration from the KTM Duke family (especially the LED infused projector headlamp cluster). Revolt has opted for a conservative design that will merge with the current traffic rather than commanding attention by standing out. The single-piece seat and ergonomics look commuter friendly. 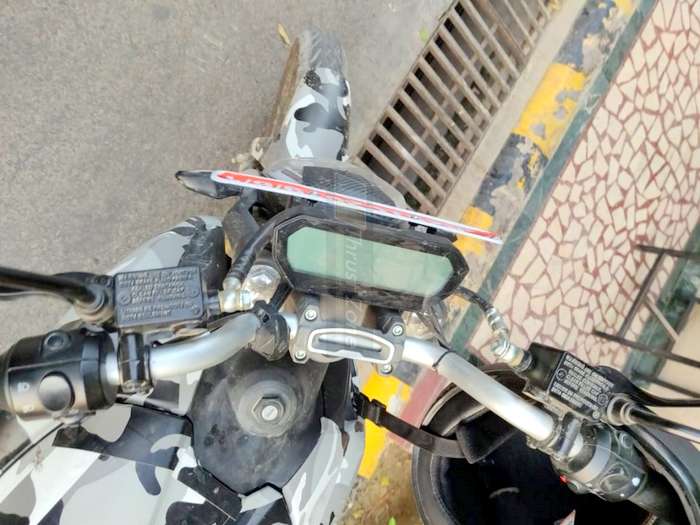 The battery is located where the engine would be in a conventional motorcycle. The electric motor is mounted on the rear-wheel hub. Specifications are not made public yet but the company has revealed that the motorcycle will feature imported motor and lithium-ion battery pack (swap-type) with indigenous Battery Management System and ECU. The bike has a claimed range of 150 km and its top-speed is limited to 85 kmph.

The motorcycle is equipped with inverted telescopic front fork and rear monoshock. The front wheel is retarded by a disc (possibly with single-channel ABS) while the rear appears to rely only on the electric motor to provide brake torque (usually the case with hub-mounted motor configuration).

The Revolt electric motorcycle will be targeting urban commuters with its AI feature which is expected to adapt to the riding style and usage pattern to maximize efficiency. The EV will also come with an embedded 4G LTE sim for connectivity features.

Revolt Intellicorp will launch its product in Delhi initially before expanding its network across the country in a phased manner. The company currently has a manufacturing facility in Manesar with an installed capacity of 1.2 lakh units per annum. Plans to set up EV charging stations in NCR is also afoot. Images – Thrust Zone.