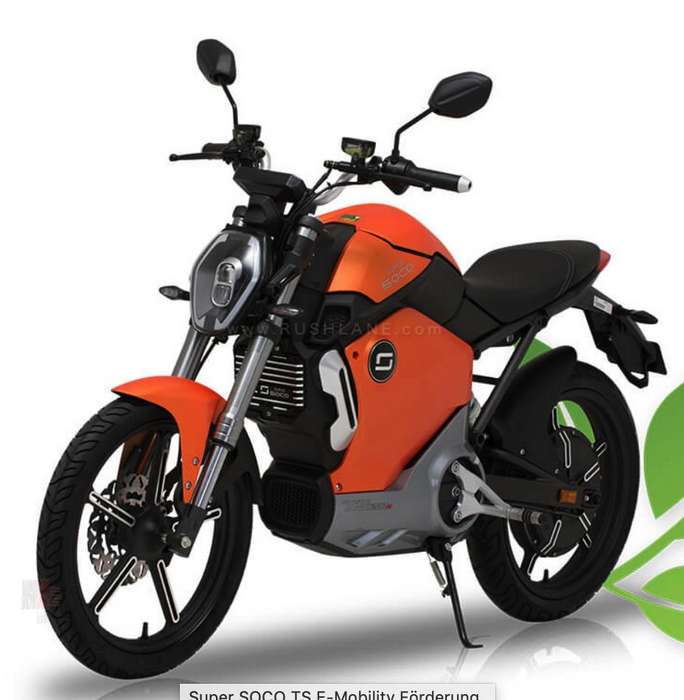 The man behind Revolt is Micromax co-founder Rahul Sharma. The company has about Rs 500 crore in funding. So could it be possible that the team had managed to keep the product under wraps for all these years (considering that development of such advanced motorcycle takes years)? Or is the bike imported from China, and rebadged for Indian market?

Thanks to leaked spy photos and sketch revealed by Revolt, we do have an idea about how the motorcycle will look. Similar to the Revolt, there is a Chinese motorcycle by the name Super Soco TS. Super Soco is a Shanghai based electric motorcycle developer, who sells motorcycles in China as well as Europe. The company had launched TS more than 2 years ago. Below is the launch video.

As per Super Soco, TS is a state of the art electric motorcycle which has been developed after years of R&D using help from all the big brands from all over the world. It has a driving range of 160 kms, top speed of 45 kmph and weighs 78 kgs. It is sold as a moped (not motorcycle) in some markets.

Speaking about features, it gets twin LED headlight in the front with low beam and high beam. LED DRL surrounds the headlamp. For better driving dynamics, there are USD forks in the front, alloy wheels, monoshock at the rear, comfortable seat, fully digital instrument cluster which will show current speed, remaining range, driving mode, temperature and much more. You can connect the bike to your smartphone via Bluetooth and keep an eye on battery remaining, drive range, time to full charge, etc.

Speaking about power delivery, Super Soco says, “TS is powered by a brand new BOSCH hubmotor, located inside the rear wheel of your vehicle. Therefore, the electrical power is transmitted without a hint of delay and without transmission – directly onto the road, delivering a superb driving experience you have never seen before. Its acceleration is even faster than conventional petrol engines.” 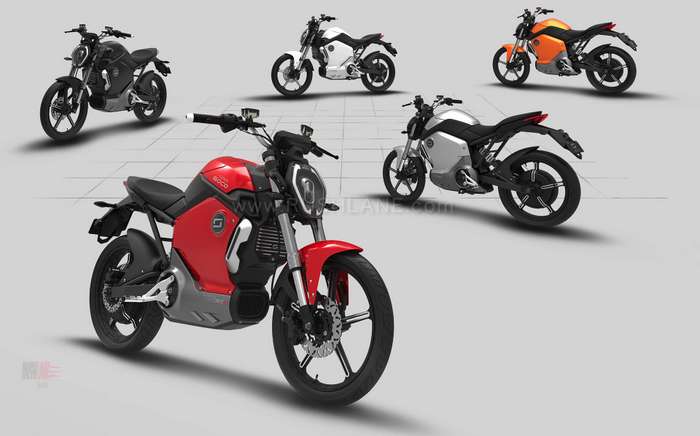 As India moves to mobility that embraces electric vehicles, goals and targets have been set. In what seems to be a rather long drawn gestation period, the first wave sees unclear efforts revolving around public transport, government office use vehicles, and two wheelers.

There’s also guidelines within FAME II policy to adhere to, and the question of subsidies to be had. As small-scale EV makers lament the scales are tipped against the favour, an all important question that needs to be answered regarding R&D regarding electric vehicles. With volumes being tiny, and R&D and process correction taking years, small manufacturers aren’t ready to take the plunge. In its stead, most are keen to import bits of bikes or entire bikes bad electric rickshaws into India from China. This lets them operate on profits without an investment in R&D and full grown manufacturing units. Of course, this also keeps them away from subsidies planned for EVs.

China already has a large number of electric vehicle makers, as well as those who’re toying with the idea. Then there’s the start-ups, and those that are backed with tech. In all, the Chinese EV industry has the propensity to deliver on manufacturing targets even though there may be one too many players. On the Indian side, EV development, production, and R&D seems a borrowed gesture for the most part.

It is not clear if the Revolt motorcycle for India is the Super Soco TS from China or not. But the images do look very similar. One crucial diff between the Chinese bike and Indian one is the motor. The Indian one has belt drive with motor located below the rider seat, which is clearly depicted in the teaser sketch released by Revolt. Rear tailpiece is also different. Everything else is similar. Take a look at the gallery below.