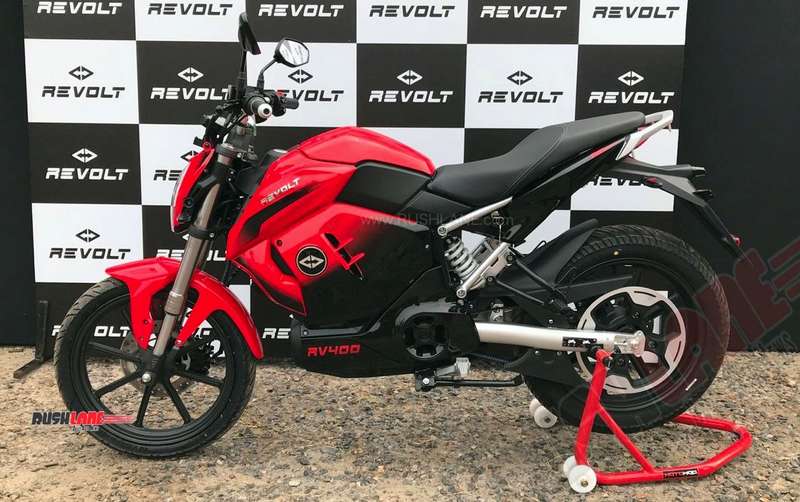 Revolt RV400 electric motorcycle is all set for India launch. Ahead of that, production has started at company plant in Manesar, Haryana. Bookings had already opened in June, and Revolt has revealed that booking numbers have already crossed the 2,500 mark. Booking amount is Rs 1,000.

Apart from producing the bike, Revolt is also setting up their first dealership in Delhi. It is to be noted that the Revolt RV400 electric bike will not be launched across India. It will only be launched in Delhi and Pune in the first phase. Launch timeline of other cities has not been revealed as of now. Hat tip to Youtube channel Ujjwal Saxena for sharing exclusive photos.

Revolt claims that the RV400 is India’s first ever AI (artificial intelligence) equipped motorcycle. Price of the motorcycle has not been revealed yet. It will be revealed on 28th, when the bike is officially launched.

Speaking about the showroom, it is unlike any other two wheeler showroom in India. It looks modern as well as a bit premium. There are display areas as well as lounge seating. There will be a handful of dealerships which will be soon ready, where customers can come and take a closer look at the RV400. Test rides will also be available soon.

The product was put through stringent tests such as Gradient Ability Test, wherein the bike had to climb an incline of 10.2 degrees. The battery was also tested on various parameters such as nail penetration, water proofing, weather torture, cycle life and overall performance. Revolt’s new electric motorcycle passed all these tests in the first attempt itself. As per ARAI, the motorcycle’s range is 156 km, which is better than most current generation electric two-wheelers available in the market.

Speaking about ARAI approval, Rahul Sharma, Founder – Revolt Intellicorp Pvt. Ltd. said that the company has been working for the last two years to create a powerful product that offers the best of performance, aesthetics and form factor. He said that getting speedy approval from ARAI is a testament to the efforts made by the entire team.