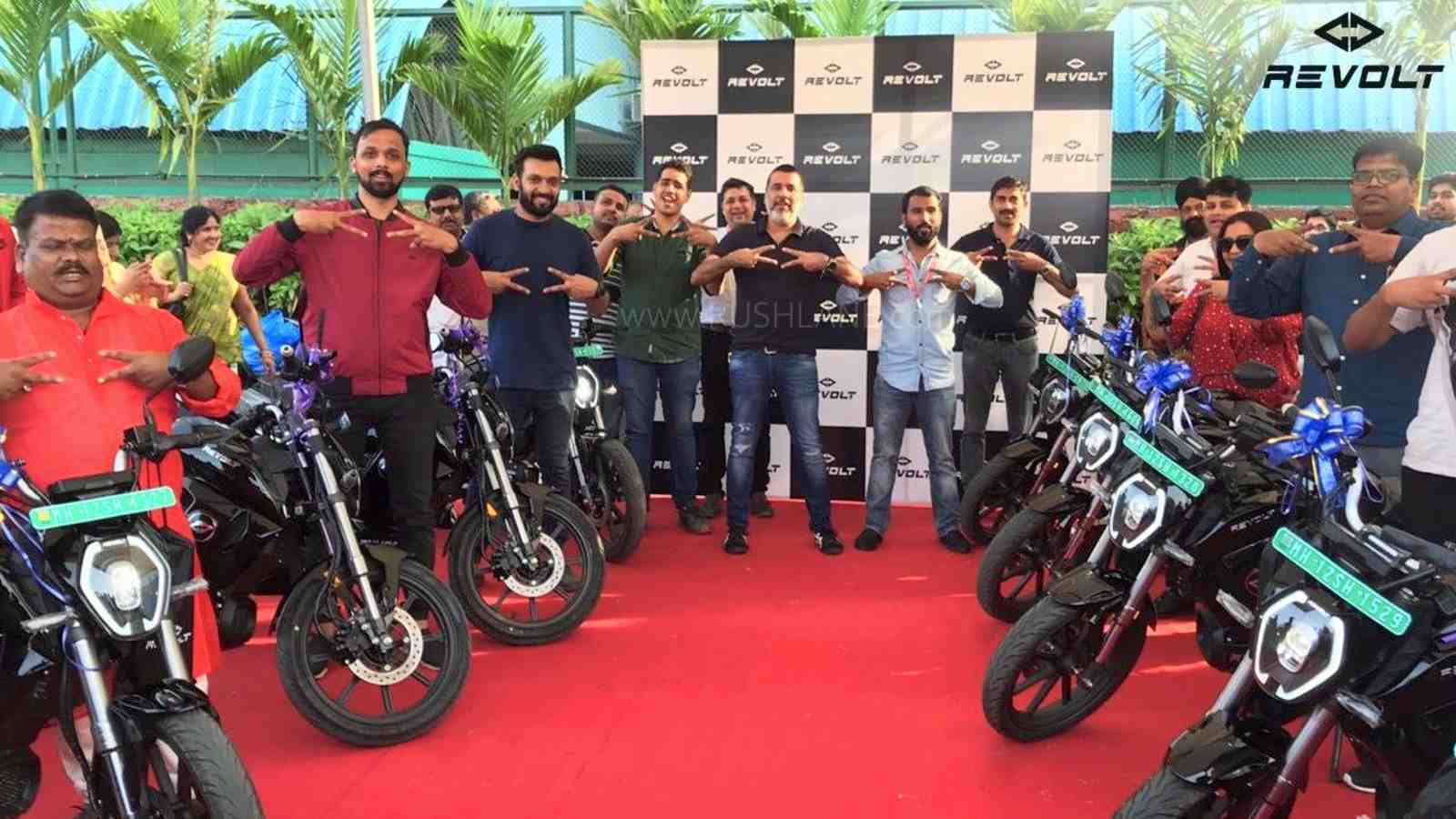 Revolt Motors has started deliveries of their electric motorcycle in India. Apparently, the response was so good that the bikes are sold out for 2019. Deliveries had opened in Delhi in October as per booking sequence at Revolt Hubs in Gujranwala Town, Safdarjung, Preet Vihar and Dwarka.

Now, deliveries of the e-bikes have commenced in Pune. At a gala event in Pune, all owners of the first batch of Revolt electric motorcycles were invited, and handed over keys to their brand new bikes. Sales will soon be initiated in other cities of Bangalore, Hyderabad, Mumbai, Ahmedabad and Chennai in the next 4 months.

Rahul Sharma, Founder, Revolt Intellicorp Pvt. Ltd, said, “Electric Vehicles are becoming increasingly popular in Pune and we could see the trend in the pre-booking orders we have received from the centre. The RV400 is an important step in catering to emerging customer needs and we are confident that the new RV400 owners are going to enjoy their riding experience. 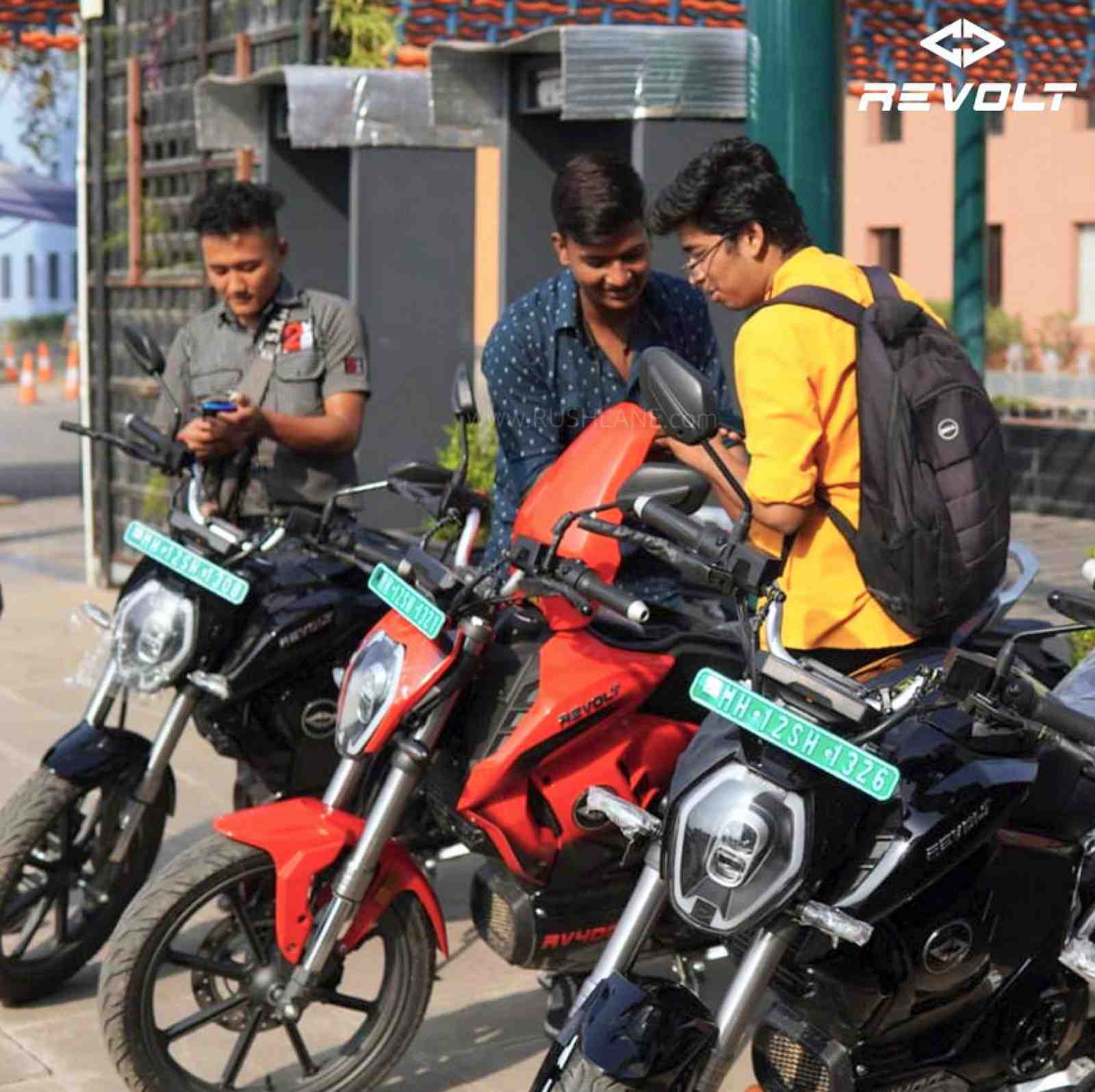 We would like to take the opportunity to thank India for the tremendous response and having the trust and patience in an emerging brand. Given the continued demand for booking, we will soon be closing the bookings for January-February 2020.”

As of now, there is no direct rival to the Revolt electric motorcycle. But soon, there will be the likes of Tork Motors and Pune’s very own Bajaj Auto, with their respective products. Though an electric motorcycle from Bajaj is still far away from launch, what they are ready with launch is the all new Chetak electric scooter, which will launch next month in Pune.

Revolt, the first all electric motorcycle is an AI enabled motorcycle with an ARAI certified range of 156 kms and a top speed of 80 kmph. This e-bike boasts of aggressive styling and both are fitted with the latest of features for which the company has partnered with companies such as Airtel for the provision of 4G e-SIM and with Rattan India Finance for a customized finance scheme. Revolt Motors has also tied up with Super SOCO, an European company noted for its range of electric mopeds and a striking similarity can be noted between the RV400 and the Super SOCO mopeds.

Powertrain specifications on the Revolt RV400 include a 3kW motor powered by a 3kW lithium-ion battery. RV300, being a smaller capacity bike, uses a 1.5 kW motor along with the same 3 kW lithium-ion battery. The batteries are detachable and can be carried into the house and plugged into any 15 Amp socket for recharge upto 4 hours. Both these bikes receive 3 riding modes of Eco, Norman and Sport and hardware is via upside down forks in the front and monoshock at the rear with braking via disc brakes at both ends with RBS – regenerative braking system.

While initially the company had rolled out the “My Revolt Plan” allowing customer to pay via a monthly installment scheme, there is also the “Revolt Cash Down” scheme wherein customers can make a one time payment. RV400 is priced at Rs.98,999 while the RV300 carries a price tag of Rs.84,999. These prices do not include registration and insurance, smart car and a one time charge for 4G connectivity for a period of 3 years.