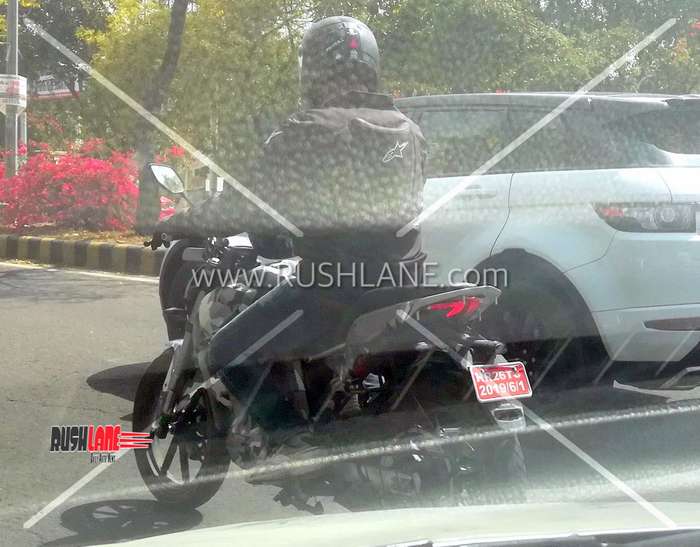 Revolt Intellicorp, an electric vehicle startup with a reported investment of around Rs 400 to 500 crore has managed to develop a motorcycle in two years while staying under radar. Not long after the company’s founder Rahul Sharma (co-founder of Micromax) went on record to announce that Revolt’s first product will be launched in Delhi by June 2019, a spy shot of the camouflaged prototype emerged.

The company reacted to the emergence of the spyshots by releasing an official sketch of the electric street fighter. Now, the Revolt electric motorcycle prototype has been spotted testing on pubic roads for the first time. The new spy shots reveal the motorcycle’s rear design, and more importantly provide clarity regarding the propulsion system.

Contrary to our previous thought, the motorcycle is not driven by a hub-mounted motor. The prominent disc-shaped element mounted on the rear wheel hub is the belt-drive pulley. The motor is located at the point where the swing arm originates. And the conventional engine bay is taken up by the battery pack. Apart from this layout, the Revolt electric bike adopts a conventional design. 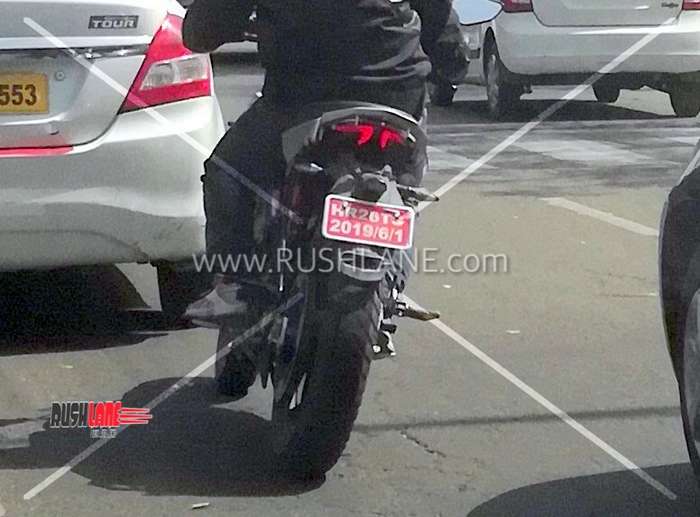 The zero emission street fighter sports a KTM Duke-like LED headlamp, a fully digital instrument cluster, fuel-tank-like panels (likely housing power electronics), a single-piece seat and a funky tailpiece with boomerang-shaped LED elements. The motorcycle is suspended by upmarket inverted telescopic fork at the front and a conventional monoshock at the rear.

Both front and rear wheels are retarded by a disc brake each. The motorcycle will at least come with a single-channel ABS system. The wheel and tyre sizes are at par with conventional 150 cc commuter motorcycles. The upright riding stance too suggests that the product will target urban commuters.

Technical specifications are still under wraps but Revolt’s maiden product is claimed to have a range of 150 km and a top speed of 85 kmph. While the electric motor and battery are said to be imported, the BMS (Battery Management System) and ECU are developed in-house.

Revolt Intellicorp is expected to achieve a localization level of around 75% initially. Thanks to the government’s FAME-II scheme, the Revolt electric bike would be eligible for a sizable subsidy. The company will manufacture the motorcycle at its Manesar plant which has an installed annual capacity of 1.2 lakh units.