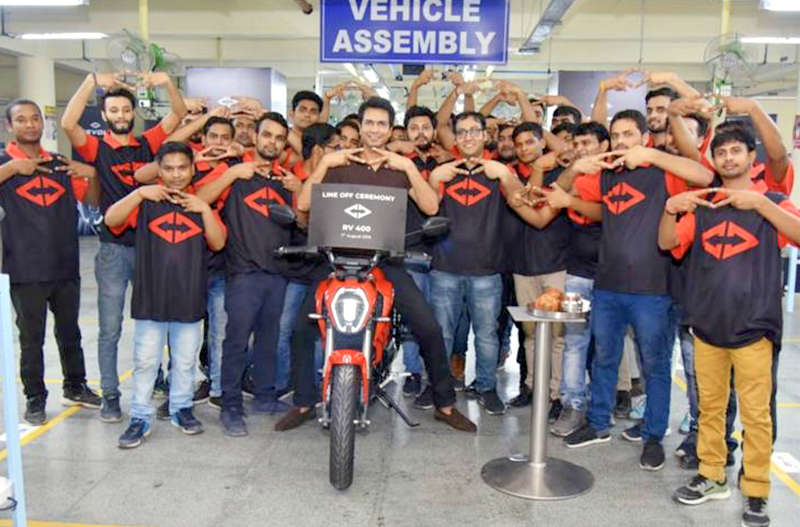 With the India Government moving towards the all electric initiative both where two and four wheeler are concerned, Revolt Intellicorp has jumped the band wagon and aims to be the leader in the electric motorcycle segment with the new RV400 e-bike.

Revolt Intellicorp had shown off the RV400, all electric, eco friendly, two wheeler at a gala event back in June 2019. Today, they have announced that the production of customer bikes have started. The first Revolt RV400 rolled off the production plant in Manesar earlier today.

Revolt RV400 is India’s first AI enabled sportbike. It is presented in color options of Rebel Red and Cosmic Blue and gets a conventional body with contemporary features among which are LED head and tail lamps and rear seat grab rails. 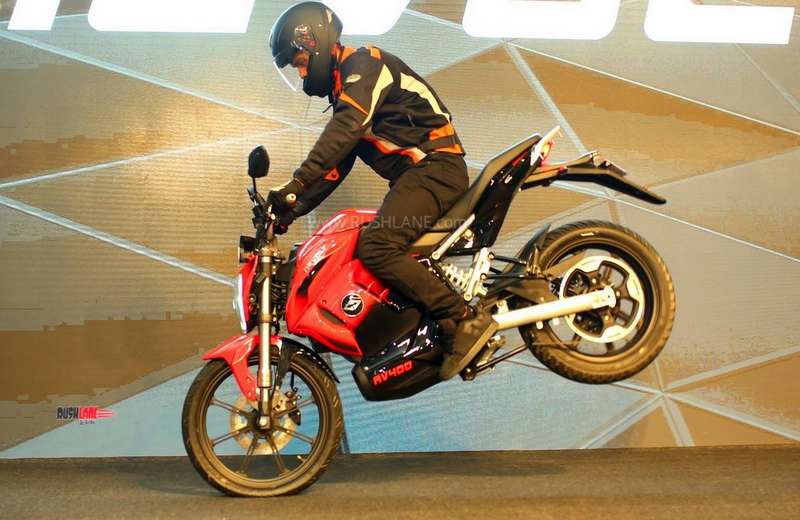 The AI enabled technology will include features such as mobile phone connectivity, live range tracking, geo fencing and live vehicle tracker. It will also sport distance to zero, detection to charging stations and will be available in three riding modes of Eco, City and Sport. Its all electric motor will be capable of a range of 156 kms on a single charge and a top speed of 85 kmph.

The battery is removable and comes in with battery swapping tech, for enhanced customer satisfaction and service. Riders can charge the battery in less than 4 hours in homes or offices via any 15 ampere socket.

Suspension is via USD forks in the front and monoshock at the rear while there are disc brakes at the front and rear, but misses out on ABS. The AI system understands the rider’s style and assists in improving range of the bike. Revolt has also fitted speakers on the RV 400, which comes with four default exhaust notes which include Revolt, Roar, Rage and Rebel.

No prices of the Revolt RV400 are announced as on date, but it could be priced between Rs.1-1.3 lakhs. This competitive price tag could come in thanks to the Ministry of Road Transport and Highways which has proposed exemption of electric vehicles from registration fees. Details of pricing will be announced at the launch event later this month.

Booking is accepted online, via RevoltMotors.com and Amazon.in. To be on sale only in Delhi and Pune for now, bookings have crossed 2,500 mark in two weeks. Booking amount if Rs 1,000. Revolt Intellicorp will be announcing the price of RV400 on August 28. The manufacturing facility in Manesar boasts a production capacity of 120,000 vehicles commissioned for Phase 1.