Design: Both Revolt RV400 and Ultraviolette F77 come in a sporty, aerodynamic package and share some common features such as LED headlight and tail lamp. Both bikes are designed to get you noticed on the streets. However, Ultraviolette F77 does a better job in that context, as it looks more dominant with its beefy profile. 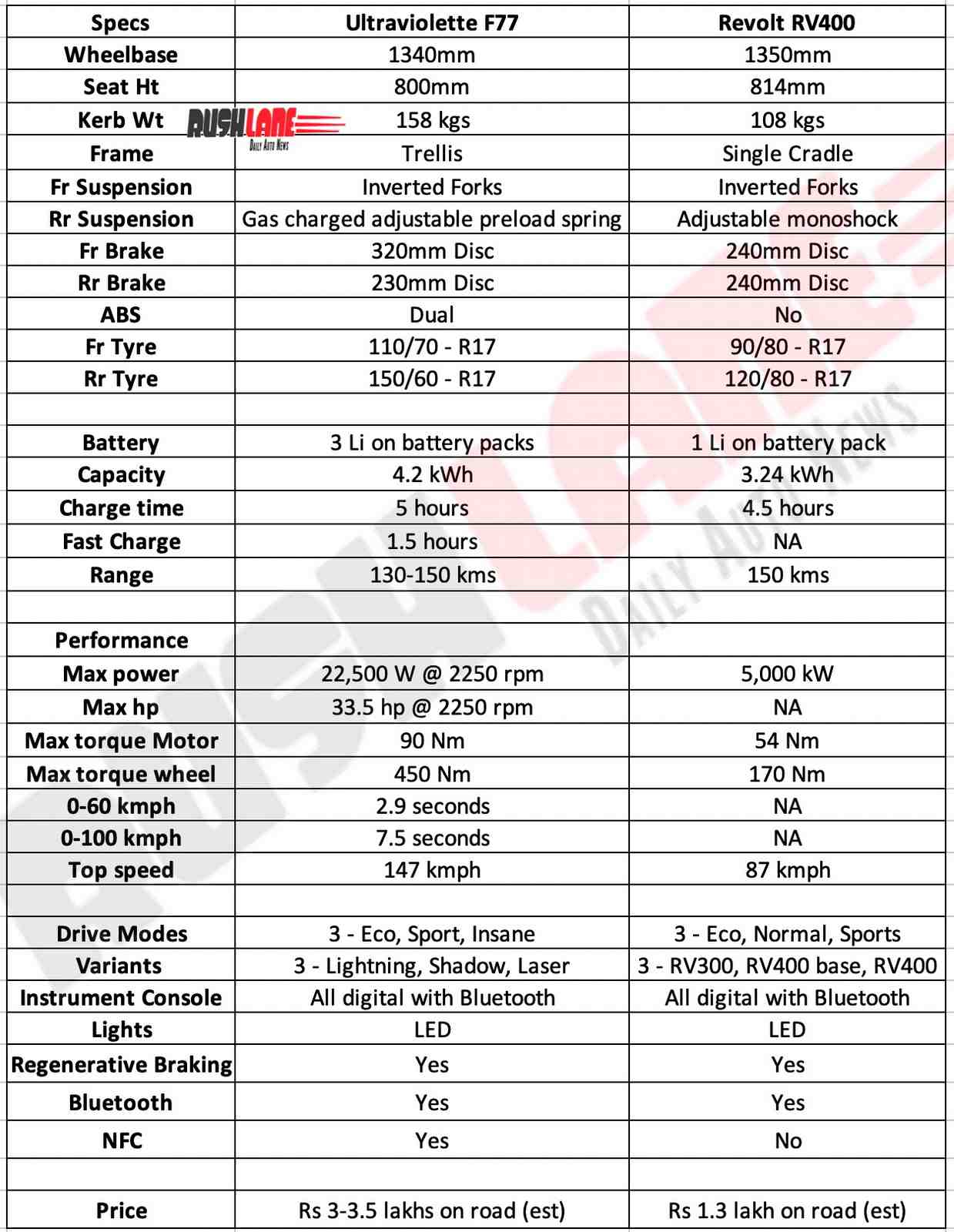 In comparison, Revolt RV400 acceleration is relatively less even though it is 50 kg lighter than Ultraviolette F77. But being lighter is advantageous, as it makes the bike nimble and more useful in city traffic conditions. Revolt RV400 has max speed of 85 kmph.

Battery, range and charging time: Both bikes come with removable lithium-ion batteries. The one on Ultraviolette F77 has 4kWh maximum capacity whereas Revolt RV 400’s battery is rated 3.24kWh. Ultraviolette F77 can go 150 km on a full charge, whereas Revolt users get the option of three drive modes, Eco (150 km), Normal (110 km) and Sport (85 km).

Price: Revolt RV400 prices start at Rs. 98,999, ex-sh, excluding the cost for support whereas Ultraviolette retails at a much higher price range of Rs 3 – 3.5 lakh, on-road.