Rhino 5536 first electric truck to be made in India – Video 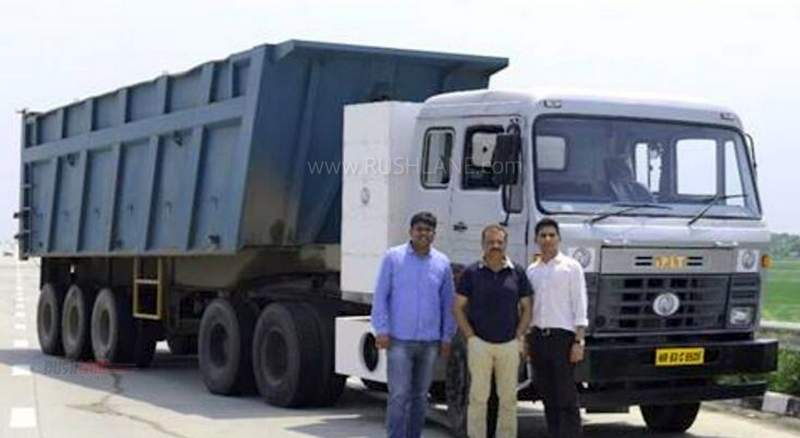 Infraprime Logistics Technologies (IPLT), a Gurgaon based fleet service provider, is set to launch their first electric commercial vehicle. Called the Rhino 5536, this electric vehicle will enter the mid haul logistics segment by 2020.

As confirmed by the company, it would be ideally suited for short range hauls in the construction industry and mines and in allied industries. The 60 tonne truck will get its power via an electric motor with output of 483 bhp while its 276 kWh Li-ion battery claims a range of 200-300 kms depending on load.

Its engine will be mated to an automatic transmission while top speed is claimed at 90 kmph. IPLT has also planned its own charging station which will be designed in-house by a team of 30 members.

The team has already created 2 such samples of 160 kW fast chargers which can charge the Rhino 5536 in 90 minutes. The truck will use four computer systems which are motor control, transmission, battery management and battery charging system.

It will also be the first electric vehicle to come in with automatic transmission for a 2 speed operation in the country and will be capable of handling 20 percent gradient which is higher than that seen on regular diesel trucks.

Siddharath Das, Executive Chairman, IPLT has stated that the company sees huge opportunity specially with upcoming 68 new road projects as have been announced by the Government of India with a fund allotment of Rs.5 lakh crores. Chetan Singhal, Chief Operating Officer at IPLT has said that the tendering process for these will commence in the months ahead while actual mobilization will take place only by mid 2020.

Rhino 5536 will enter production at the IPTL plant in Faridabad from January 2020. The company has started with its pilot project on the Delhi-Kotputli road. IPLT aims to deploy around 40-60 electric trucks in the first month of production to be increased to 1,000 electric trucks on the road by end 2020.

Production will be further increased to around 10,000 trucks by 2021, for which the company is seeking to raise $100 Mn to support production. IPTL is seeking funds of a further $100 Mn which will be supported by Silicon Valley funds and European funds while the company will also be targeting some banks and NBFCs.