Rickshaw owner fined Rs 47.5k under new traffic rules – He has no money to pay 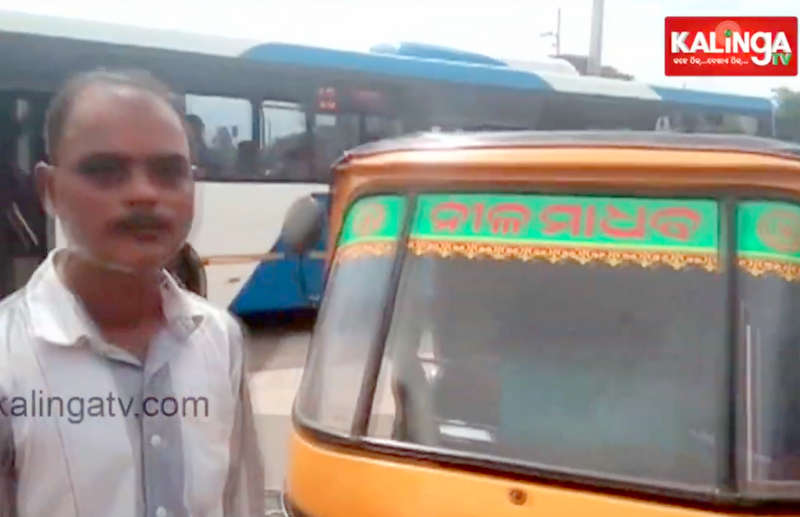 The new MV Act Amendment that has come into effect from 1st September 2019 has caused much upheaval with fines flying left, right and center. The worst affected are the habitual law breakers who have been issued several challan receipts and have had to shell out exorbitant fines.

One such incident is in Bhubaneshwar, Odisha, where an auto-rickshaw driver had to cough up Rs.47,500 in fines. Hari Bandhu Kanhar, purchased a second hand auto-rickshaw a week prior to the incident. He paid an amount of Rs.26,000 for the rickshaw.

While on duty, he was stopped by the cops, his papers checked and it was found that he did not have a permit to operate the rickshaw, no licence, insurance or PUC. The vehicle was intercepted at the Acharya Vihar Chhak in the city on Wednesday by both the local traffic police and the Regional Transport Officer.

Obviously with no money on the spot to clear the fine, Kanhar had to go to the Chandrashekhar Testing Track to pay off the challan amount where he pleaded his case as he did not have to amount to clear the fine.

He has appealed to the authorities to either seize his vehicle or send him to jail while he claims that he has all the necessary documents at home. In the meantime, the officials have detained both the driver and the vehicle till the matter is resolved.

The MV Act that came into effect from 1st September 2019 has brought with it steep fines for traffic offenders. There will be no capping of the fine amounts and vehicle owners who do not have the required amount to pay up on the spot will have to go to the local court to clear their dues.

Even as this Act has come into effect, there are 5 states in India who have not implemented it as states such as Rajasthan, West Bengal, Gujarat, Madhya Pradesh and Punjab have opposed the new rules stating that fine amounts being so high could only give rise to corruption.