Back In August 2017, Ridham Dey, alongwith his dad, Abhijit Dey embarked in what can be considered an epic trip in itself. A father and son riding duo with a specific riding goal.

The initial riding goal was detailed, and the riding duo pursued and the teen has inked his name in the record books. India Book Of Records has recognised the ride with the following title – ‘Motorcycle rider to ride to all seven motorable extremities of mainland India at the age of 18.’ If you thought 18 was too young, think of Ridham Dey. 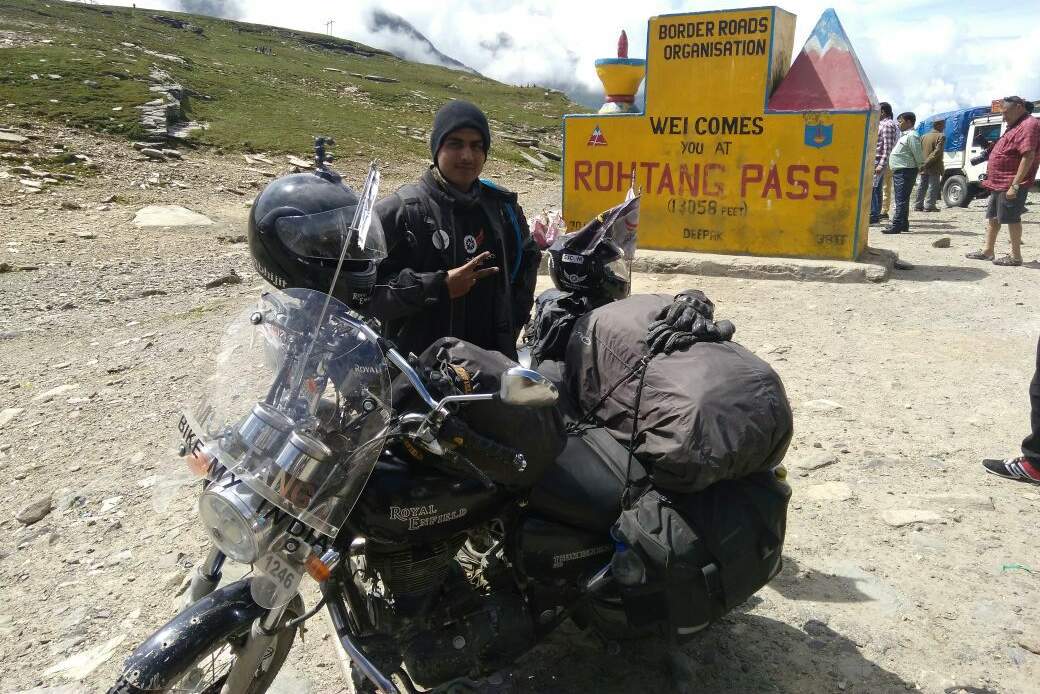 In Ridham Dey’s words, ” I just can’t express my joy in words. It’s something that I’ve waited for such a long time. Thanks to my dad Aabhijit Dey. He’s been a motivation for me all thought my life. Secondly to my mom. Without her love and support dad and I couldn’t have completed this ride. Also thanks to all my friends out there who were there at my home when required and got things sorted out. These two bikes that we had. Royal Enfield Thunderbirds proved to be what they are made for. Actual touring bikes. Be it the rugged terrain of Umling La at 19300 ft, the rains of the northeast, the highways, this beast will take you anyplace you want to. Ride safe. Always wear your gears.”

Finally it's here. It's official. India Book Of Records. MOTORCYCLE RIDER TO RIDE TO ALL SEVEN MOTORABLE EXTREMITIES OF…

One India, One Ride outline laid out in August 2017 is as follows. Trip Details:-
Q1. How many major geographical areas you will cover in your expedition?
A1. We will be visiting seven major geographical landmarks of India as accepted by Wikipedia and Google. Between Khardung La and Mana Pass, only one of them needs to be considered for the record. To be on the safer side, we will be travelling across both the passes. The list to be considered for the record is as under:- 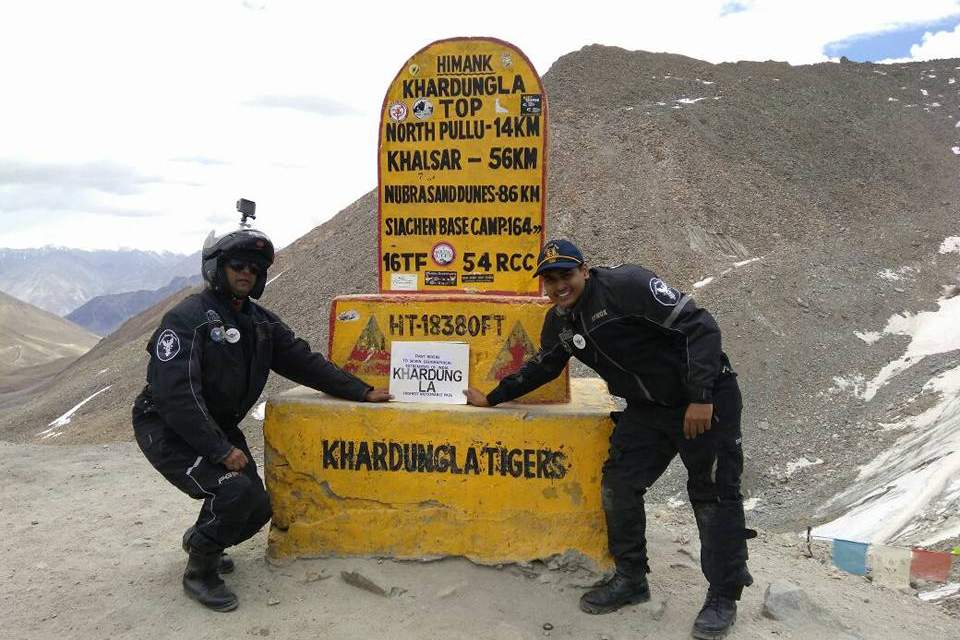 Q2. How many team members will be there for expedition?
A2. Two riders. Me and my son, Ridham Dey. We will be riding on two Royal Enfield Thunderbirds. There may be local riders who may accompany us over short distances to share our experiences.

Q3. What will be the total distance you will travel?
A3. Approximately 14,000 kms. Exact distance cannot be estimated due to the diversions that need to be taken to overcome road blockages due landslides and political situations.

Q4. Total duration to complete this expedition?
A4. 55 days is the estimated duration. However, changes may be imposed by mechanical problems, adverse weather conditions and political situations. The progress of the expedition will be informed to via email, SMS and whatsapp whenever internet connectivity is available. 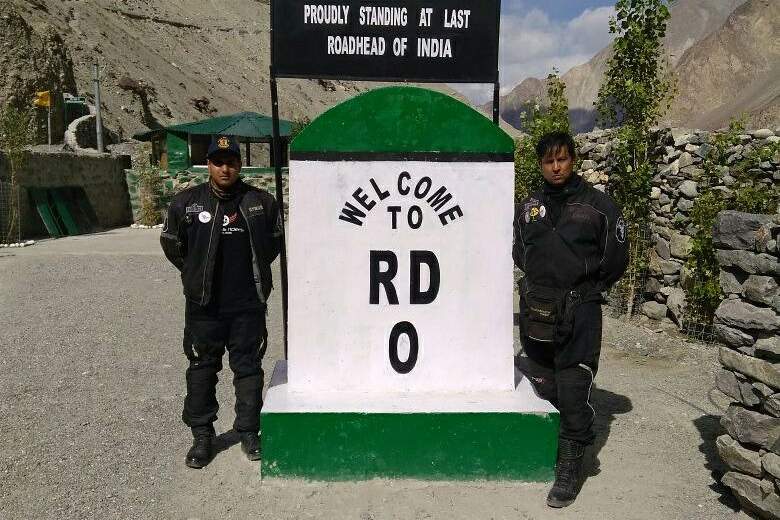 Q5. Any social issue and motive is there to attempt this expedition?
A5. The central theme is ‘One India, One Ride’ and symbolically we are starting on 15 Aug from J&K and plan to end on or before 02 Oct at Kasturba Gandhi’s memorial in Aga Khan Palace, Pune. In this single ride we intend to bind together the four geographical extremities along with the centre of India. There are three prime issues, apart from the incidental motive about generating confidence about personal safety and security among travelers in India.

Secondly:-Go Green. We will plant a sapling in each of the five villages and leave the tree to grow in the custody of a person to monitor its growth. 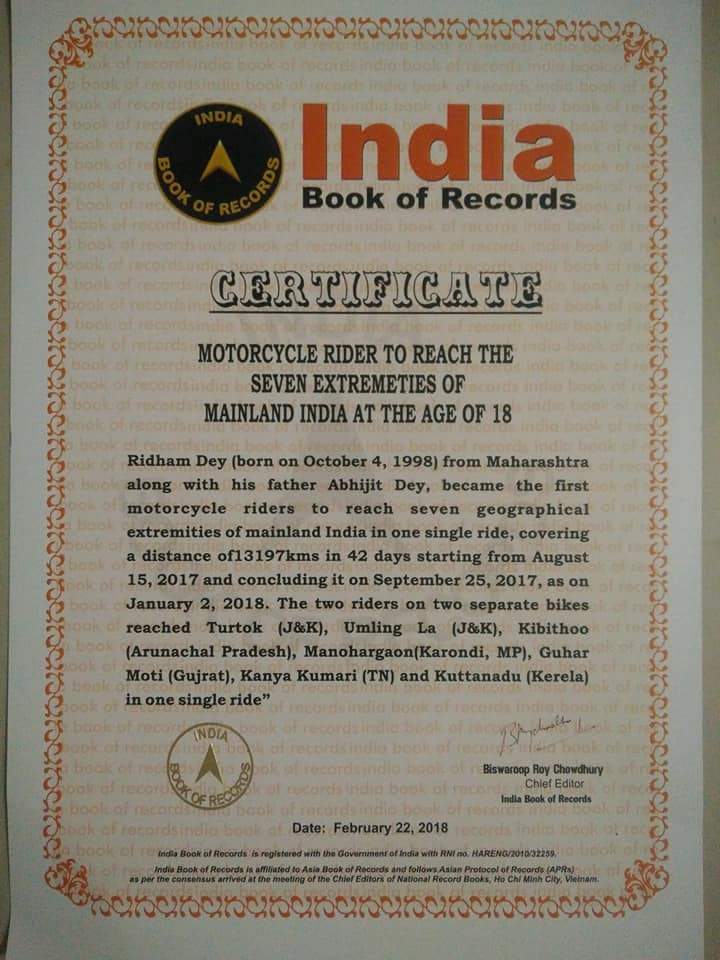 Thirdly:- Road Safety. Our journey across Indian road will help us to interact with a lot of drivers. We intend using the opportunity to spread consciousness about road safety by sharing our experiences. Because of being a ‘father and son’ team, we have been successful in holding the attention of uckers truckers in all the stops that we make in road side dhabas and these truckers are our prime target audience.

Q6. Would you like to go for on-spot adjudication?
A6. I am not very clear about how adjudication would work in this expedition since my destinations points are in remote areas. However, I am open to the idea if you can organize judges for the adjudication in the remote areas. Notwithstanding the above, I will be generating corroborative proof of my travels by taking down contract details of village heads, police stations, post offices and military authorities. Photographs with permanent structures, mile stones, sign boards will be a mandatory action. Any other requirement desired by IBR will be met as far as possible. 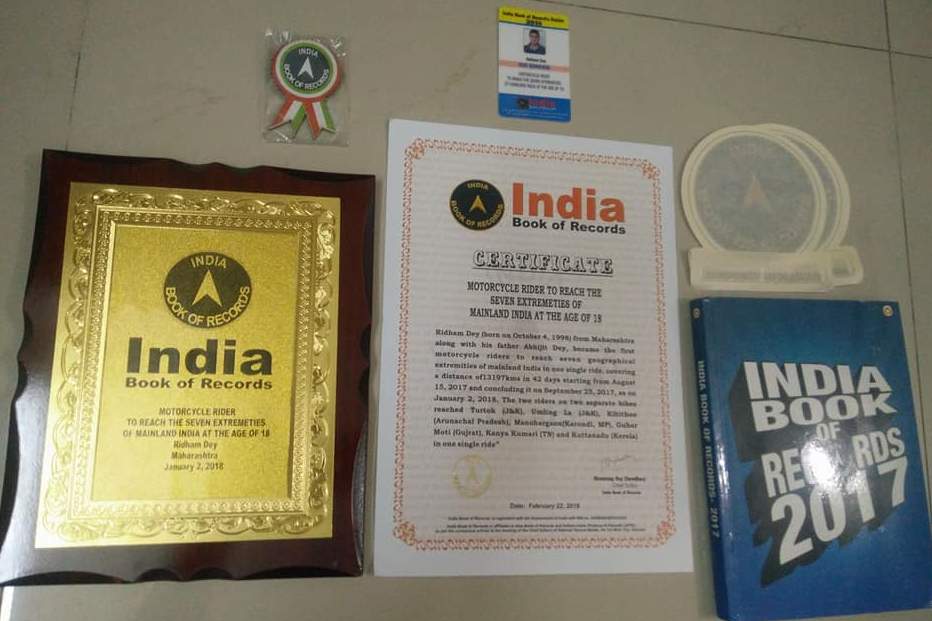 Ridham Dey’s correspondence with India Book of Records Team in the days preceding the ride is as follows:- We have received the mail with all your needed information. Please to inform you that this will be a record. You can go ahead with all your planning and arrangements to do this record.

After the completion of your record, you are required to send all the documents along with duly filled application form, claimant form and evidences. Please find the attached forms and do send us by courier after the successful completion of your record attempt. On the basis of your evidences and supported documents, our team will verify your attempt. And will suggest you for the final record title.

And it's a go. Father and son duo, Abhijit Dey and Ridham Dey will embark on the ‘One India, One Ride’ and are…

Posted by RushLane on Wednesday, 9 August 2017