Potholed roads have become the one of biggest road killers on Indian roads and yet Government authorities turn a deaf ear and blind eye to these issues. Each year road accidents, deaths and injuries due to potholed roads are increasing.

This occurrence is more so during the monsoon season and this year too several persons have met with serious accidents and lost their lives due to bad road conditions. 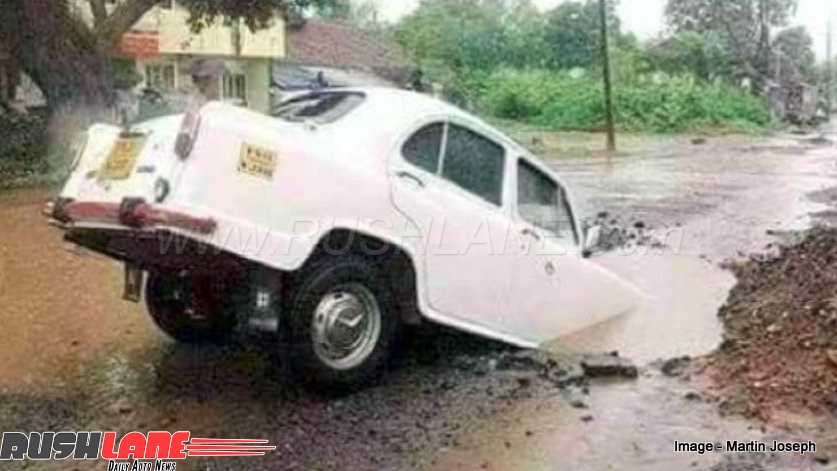 Though there have been many such instances of deaths and injuries due to pot holes, the most recent accident was on July 11 when a 45 year old man from Kalyan, Mumbai was crushed to death when he was run over by a truck after he fell into a pothole. In fact, this year, 6 people lost their lives due to potholes and bad condition of roads in Mumbai and nearby areas in just 14-15 days.

Statistics reveal that in the year 2016, 6 persons lost their lives due to accidents related to potholes each day in India. This number in 2017 has increased by almost 50%. There have been 10 deaths a day in India due to potholes in 2017. This situation is even more severe in rural areas where road conditions are even worse than those in urban areas, only due to apathy of the authorities.

While newspapers and TV channels report such instances of road crashes and deaths due to potholed roads and the general public are suffering greatly with bad road conditions across the country, many believe that the government authorities seem to be turning a deaf ear and blind eye to these statistics and poor road conditions.

But that is not the case. Government is working on a new bill, which if passed, will be able to penalize road contractors, if they are found to be constructing bad quality roads. Not only these contractors will be penalized, they could also be jailed and banned from doing construction business.

Indian Road Congress has issued 100 sets of guidelines for standardization of road construction, maintenance and management which also includes guidelines for repairing pot holes. However, lack of proper authority and responsibility has failed to see these guidelines being implemented and the road conditions continue to get from bad to worse and lives continue to be put on the line year in and year out.