Royal Enfield Interceptor and Continental GT 650 bookings are off to an amazing start – if we are to believe dealers. Some dealers even said the numbers are huge, and beyond their expectation. All thanks to the amazing launch price of the motorcycles which starts at Rs 2.34 lakhs, ex-showroom.

One dealer said, before the actual launch, we had told interested customers to expect on road prices in the region of Rs 4-4.5 lakhs. But, RE managed to launch the bikes at about Rs 3 lakh on road. This aggressive pricing has not only brought in those who were waiting, but also those who were probably going to buy a KTM Duke 390 or Ninja 300 to RE dealerships as well. 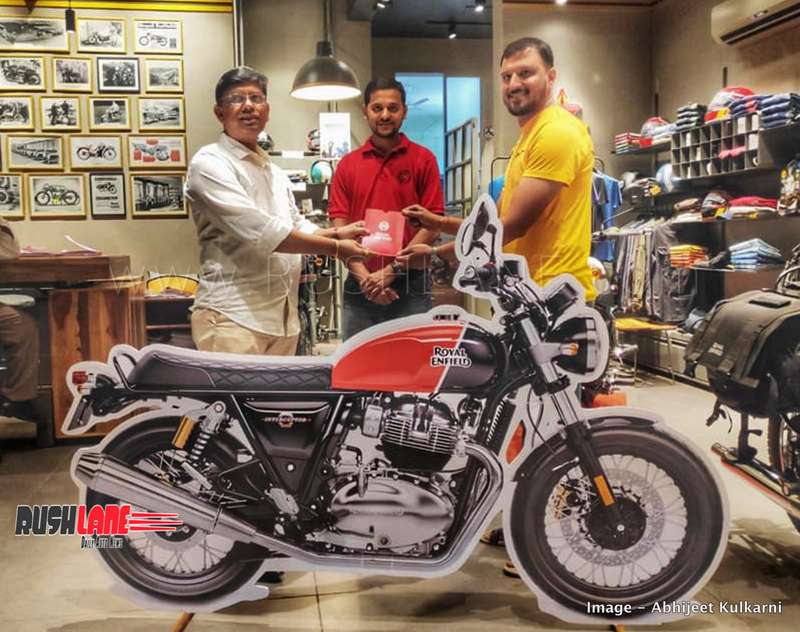 The sad part is, deliveries will only commence from Jan end. Royal Enfield is expected to deliver about 2,000 bikes in the first phase – 1,000 units of each Conti GT and INT will arrive at the selected 120 dealers by end Jan. This means that if you are planning to buy either of the RE 650 today, you will probably have to wait till March 2019, or even April 2019 in some cases (depending on the city and colour option).

Manufactured at the company’s Oragadam plant in Chennai; RE 650 Twins are the most powerful bikes from Royal Enfield. Both the motorcycles share similar underpinnings though they adopt distinctive body styles. The Interceptor 650 boasts of a modern classic roadster styling, borrowing design elements from the Interceptor from the 60’s while Continental GT 650 gets a café racer styling with designs akin to those seen on the Continental GT 565.

Both bikes command dimensions at 2,122mm length, 1,400 mm long wheelbase and 174mm of ground clearance. Fuel tank capacities stand at 13.4 liters in the Interceptor 650 and at 12.5 liters on the Continental GT 650. Engine specifications are also the same with the RE Twins sharing the same 650cc parallel twin engines offering 47 bhp power at 7,100 rpm and 52 Nm torque at 4,000 rpm, mated to 6 speed gearboxes with slipper clutch.

The bikes receive conventional 41mm telescopic forks in the front and dual shock absorbers at the rear while in terms of braking they get dual disc brakes measuring 320mm in the front and 240mm at the rear. Both the bikes are capable of reaching top speed of 160 kmph and are offered with standard 3 year / 40,000 km warranty along with road side assistance for the same duration.