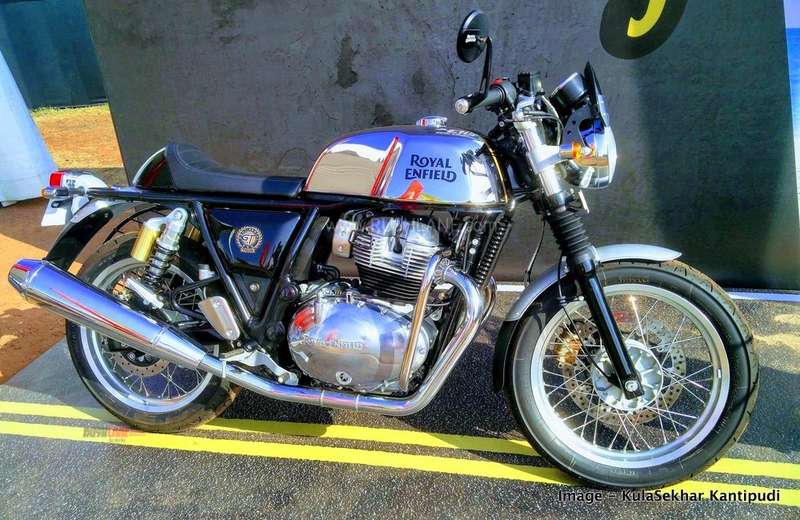 Launched in November last year, Royal Enfield 650 twins, Interceptor and Continental GT, have emerged as bestsellers in the segment. Since November, more than 11k units of 650 twins have been sold, which is way above sales of rivals.

Combined sales total of bikes such as Harley-Davidson Street 750, Jawa, 390 Duke, Yamaha YZF-R3, Kawasaki Ninja 300 and TVS Apache RR 310 does not equal to RE 650 sales in same period. The closest motorcycle in terms of sales from nearest segment / price, has turned out to be Bajaj Dominar 400 that has registered total sales of 6,215 units during November-June period.

Royal Enfield 650 twins domestic sales have slowed a bit in June, as compared to April and May when sales were above 2k units. However, overall sales have not been affected because exports have grown almost 50% MoM.

Consistent rise in exports indicates that 650 twins are a truly global product. Royal Enfield has increased its focus on exports and has consistently ranked among the top 10 two-wheeler exporters in the country. Royal Enfield motorcycles are currently exported to more than 50 countries, with largest markets being Thailand, Indonesia and Colombia. 650 twins are offered in most of the leading global markets such as Europe, US, and Australia.

In the Indian market, 650 twins have created a disruption of sorts by offering a highly competitive price point of Rs 2.5 lakh. This is one of the main reasons that has helped 650 twins to gain in numbers. As of now, it is the only motorcycle in 650 cc range to be offered under Rs 3 lakh.

Price of rivals like Street 750 is double that of 650 twins. Jawa motorcycles match 650 twins in terms of retro-modern styling and they are cheaper as well, but delayed delivery has dampened their future prospects. It also appears that 650 twins have cannibalised some of their own such as Classic 350 that has lost significant sales in recent months.