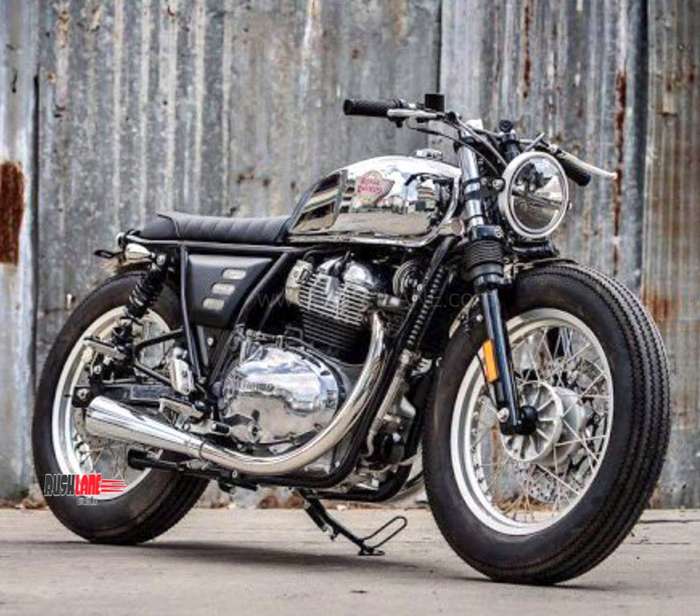 The newly launched RE Interceptor 650 gets customized with larger multi spoke wheels, and fatter tyres. This required the fenders at the front and rear to also be replaced get custom made fenders, which are both shorter and sportier and compact to that seen on the stock model.

Secondly, K-Speed Customs has also given the ‘Royal Brat’ a new and rounded headlamp unit, a modified fuel tank with chrome treatment, new handlebars, and stock seating has been replaced with a custom cushioned seat. 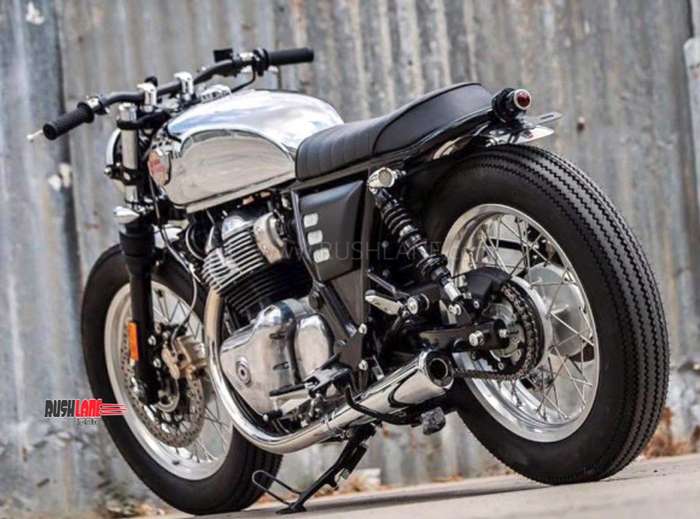 A small aftermarket tail lamp has been added to the rear along with a custom exhaust and chrome accents on the engine. Suspension set up has also been modified with telescopic forks in the front getting larger gaiters, while shock absorbers to the rear also get shorter as compared to that seen on its its stock model.

Mechanically, the modified RE Interceptor 650 retains its same engine as seen on the stock model. It continues to be powered by a 648cc, parallel twin engine offering 47 PS peak power at 7,250 rpm and 52 Nm torque at 5,250 rpm mated to a 6 speed transmission.

In the meantime, the Royal Enfield 650 Twins – Continental GT 650 and Interceptor 650, launched in India in November 2018, have been gaining in demand both within the country and in global markets. They currently command a waiting period of upto 5-6 months.

The Chennai based auto maker has hence decided to ramp up production from a current 2,500 units of the said motorcycles to around 4,000-5,000 units per month which could help in significantly bringing down waiting period. Royal Enfield also plans on setting up a manufacturing unit in Thailand wherein the 650 Twins will be brought in as CKD units with assembly operations to start from later this year.