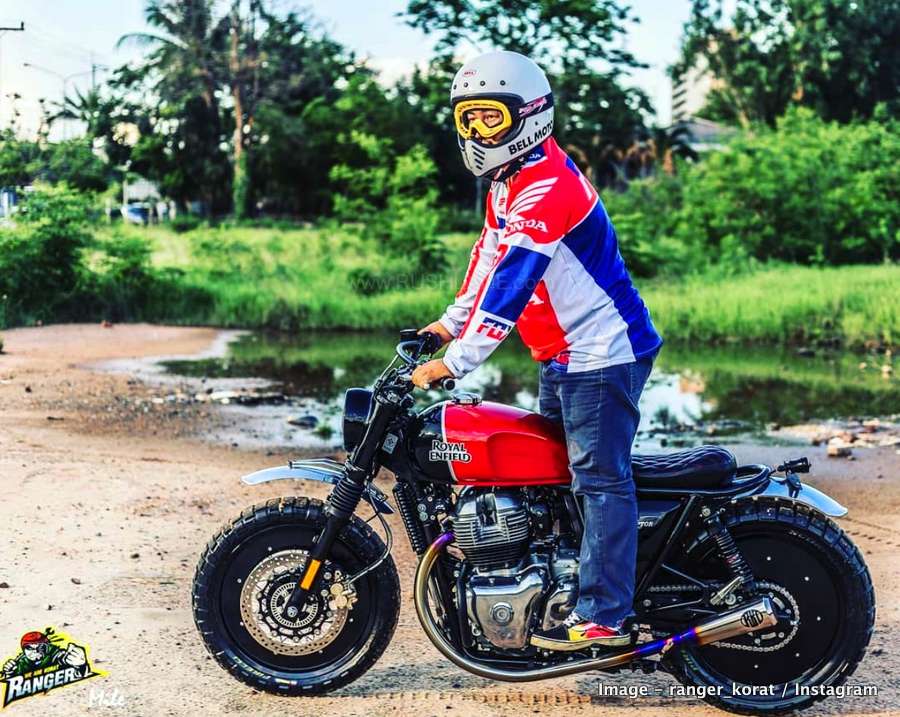 The Royal Enfield Interceptor 650 and Continental GT 650 twins have been some of the most modified bikes ever since they were launched. Just a few days back, two Interceptor 650s were modified to take part in the Great Malle Rally. They were met with such appreciation that, the two bikes were part of the official showcase of the event in which over 100 custom and classic motorcycles participated.

Another such modified Royal Enfield Interceptor INT 650, which has caught attention, is the one by Ranger_Korat. He has modified the Interceptor to take on a different garb, changing from the neo retro roadster, in which format it emerges from the Royal Enfield plant in Chennai, to a more off road focused bike. 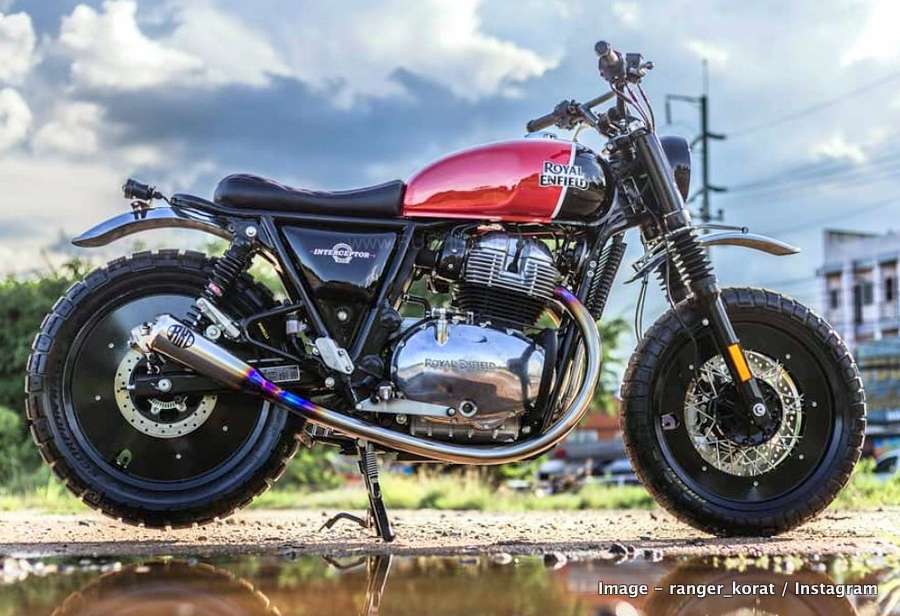 The RE Interceptor 650 also gets a revised instrument console and a new handlebar. The fuel tank and saddle also get modified while the bike continues with its pillion footrest setup. Modifications to the rear include a new custom rear fender and tail lamp along with an aftermarket exhaust system that lets out an enhanced sound from the twin engine.

To enhance safety, the modified Interceptor 650 gets new crash guards while the engine is also protected with a bash plate. Its off roading presence is even more enhanced with blacked out treatment for rims and knobby tyres. Rear suspension also gets modified as compared to the gas charged unit seen on the stock model. Braking stays the same via single discs on both wheels. Stock dual ABS setup has been retained.

The modifications do not include any mechanical changes. The modified Interceptor 650 continues to be powered by the same 648cc parallel twin cylinder, air/oil cooled, SOHC engine offering 47 bhp power at 7,100 rpm and 52 Nm torque at 4,000 rpm. Below are detailed photos of the modified RE Interceptor.