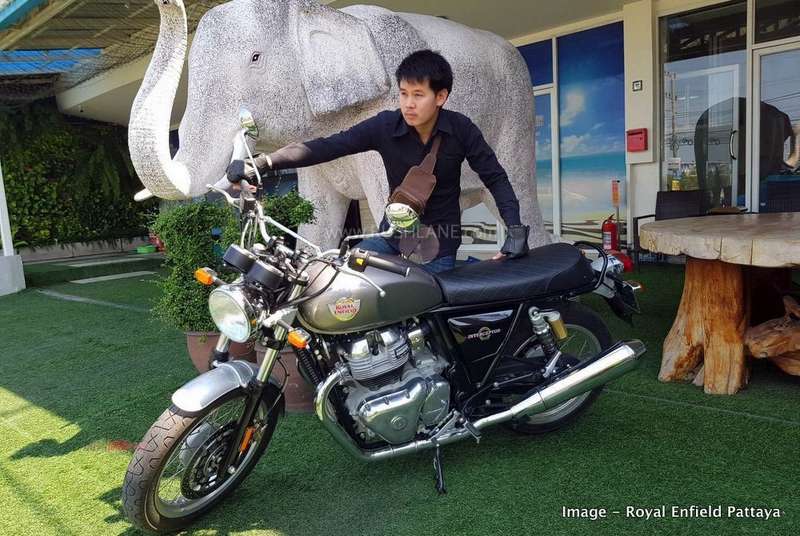 Royal Enfield Interceptor 650 and Continental GT 650, more commonly called the RE 650 Twins, have been noting high demand both within the country and in export market. The two bikes were launched in India in November 2018. They are aggressively priced in the Rs.2.5 lakh price range, making them extremely value for money.

Taking into account sales in domestic markets and exports during the period April to July 2019, it may be seen that both the RE bikes are selling in good numbers and steadily rising month after month. These figures when compared to each of its competitors are significantly way ahead. 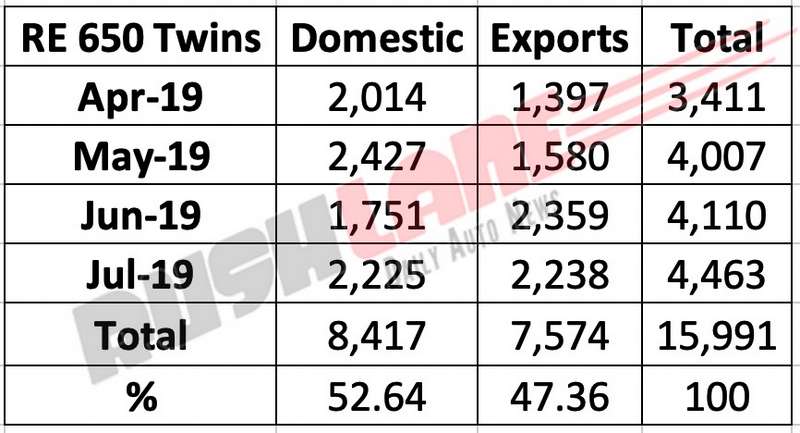 The total sales figure once again went up in June 2019 to 4,110 units with 1,751 units of the Royal Enfield Interceptor 650 and Continental GT 650 sold in domestic markets along with 2,359 units which were exported.

Royal Enfield 650 Twins are powered by a 649cc liquid cooled, parallel twin engine offering 47 bhp power and 52 Nm torque mated to a 6 speed gearbox. The 650 Twins are offered in a range of colour options drawing the attention of a younger and sportier segment of buyers in the country while it gets dual channel ABS, Pirelli Phantom SportsComp tyres and Bosch Fuel Injection and Engine Management system.

Even as the company is yet to make any formal announcement, it is learnt that the Chennai based automaker will be increasing the prices of their 650cc motorcycles by around Rs.5,000 from 1st September 2019. The company is currently testing the BS VI version of the 650cc engine that powers these two bikes with the GT 650 recently spied testing.