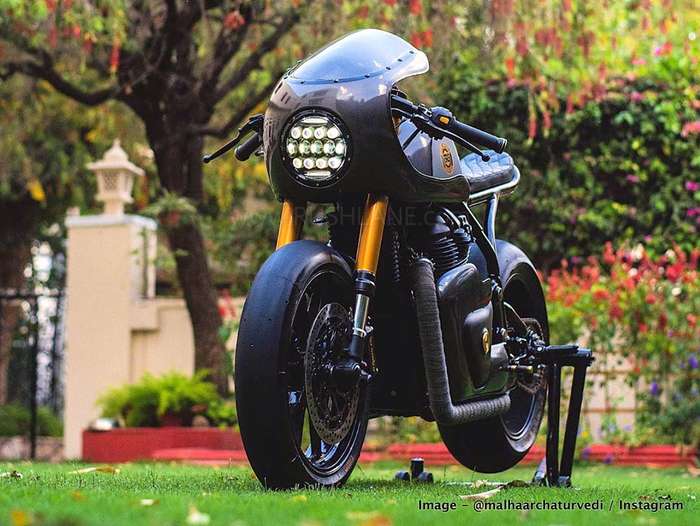 Launched in November 2018, Royal Enfield 650 twins have been quite popular with combined sales crossing the 5,000 milestone in just 5 months. Interceptor 650 and Continental GT 650 have also become the preferred option for customization projects and we have seen several such transformations in recent past.

The latest customization has been done on Continental GT 650 by Rajputana Customs, one of the leading bike modifiers in the country. Their latest creation has been named ‘Vigilante’ GT-650, which rightly justifies the aggressive stance of the modified bike.

Stock version of Continental GT 650 already borrows style elements from the cafe racer culture of the 50s and 60s. The mod job done by Rajputana Customs builds upon the existing narrative to give the bike a more potent flavour of British cafe racing. For example, the addition of backswept headlight cowl makes the bike look more in tune with cafe racers of the past. However, there are contemporary twists as well such as the trendy LED headlamp. 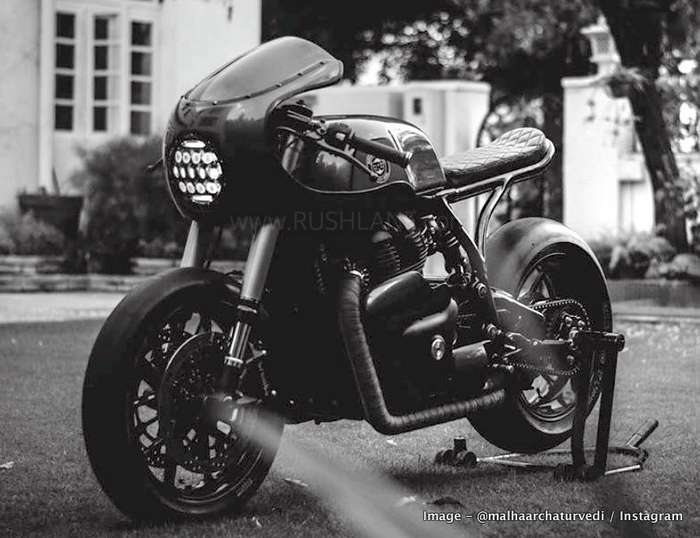 Vigilante GT-650 features USD forks and has dual-disc braking setup at the front. Stock spoke wheels have been replaced with alloy wheels, which enhances the bike’s modernistic appeal. Among the few stock components that have been retained include the fuel tank. Towards the rear, stock seat has been replaced with a new unit that has the classic quilted design. Other key changes include a monoshock unit that replaces the dual shock absorbers, shortened exhaust pipe with thermal coating, and new set of sporty tyres.

Performance changes have not been made to the engine, but it does get encased in metallic bodywork. Continental GT 650 is powered by a 648 cc air-cooled, SOHC, fuel-injected, parallel-twin engine that generates max power of 47 hp at 7,100 rpm and max torque of 52 Nm at 4,000 rpm. It is possible that the modified bike can deliver slightly more power with its custom designed exhaust.

If Continental GT is a mild version of retro modern styling, this mod job can be described as chasing the extremes of old and new. The end result is stunning and a real treat to look at, which is all that matters. 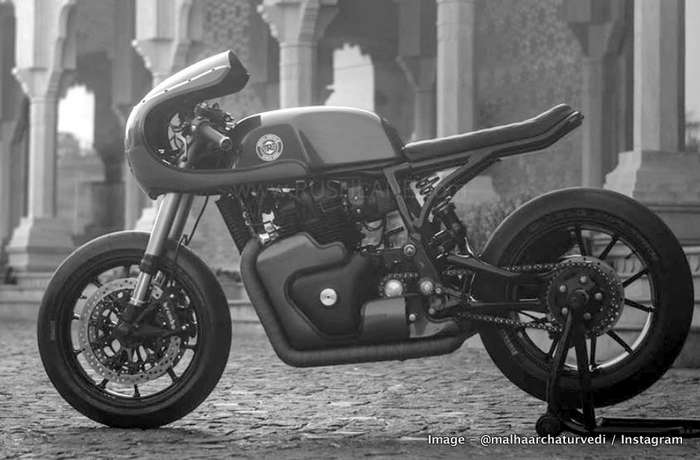