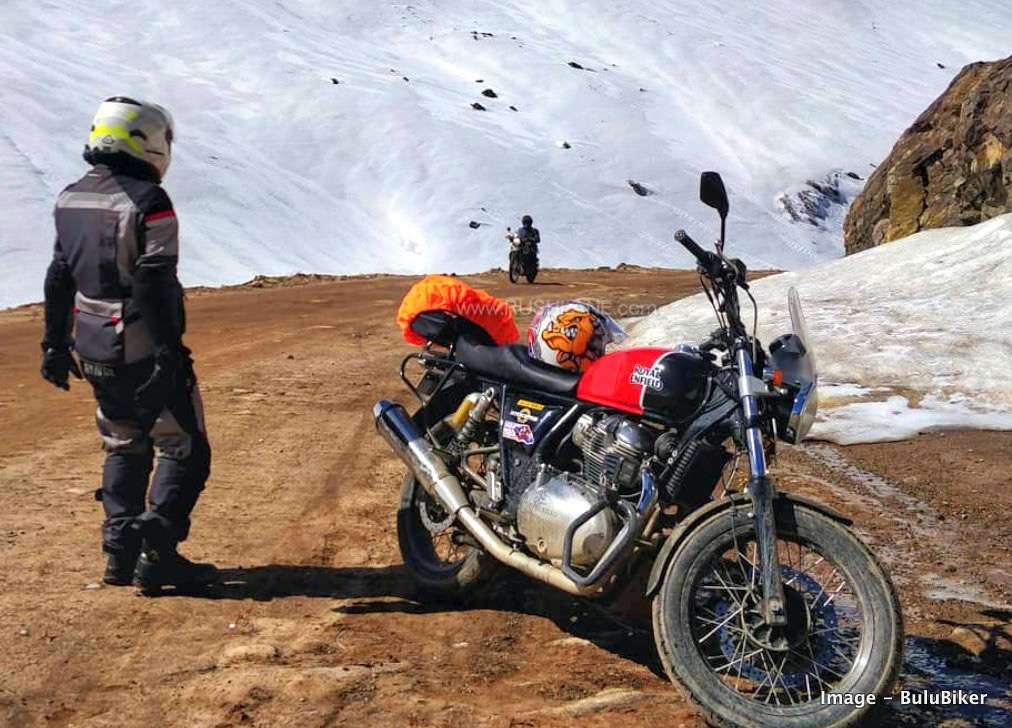 Royal Enfield Interceptor 650 and Continental GT 650, launched in India late last year has risen to instant success. The two bikes have been regaled for their aggressive pricing, elevated ride quality and refined engine. And to a surprise of a lot of people, the 650 Twins have also been praised its low vibration levels.

In spite of being in the market for more than six months, Royal Enfield continues to update the motorcycle as per owner feedbacks. In the past weeks, the RE twins have been fitted with rubber stoppers in the rear of shock absorbers so as to prevent them bottoming out.

A few weeks ago, popular Youtube Vlogger and owner of RE 650, complained how the bike failed on Gurudongmar road, which is located at a height of 5,000 feet. Taking note of the incident. Royal Enfield has now started updating the software of the 650 Twins. 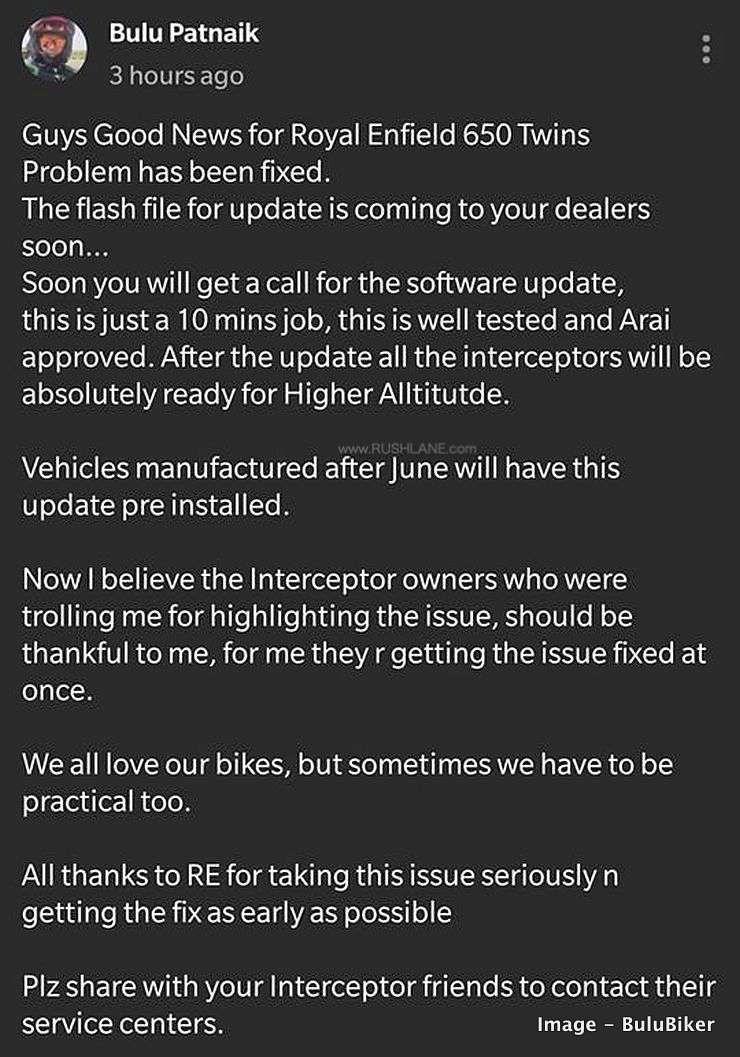 The update is applicable for RE Interceptor 650 and Continental GT 650 sold between November 2018 and May 2019. Royal Enfield has devised a fix to address this issue and the RE Twins will be fitted with a revised engine map.

This engine map will be fitted on all bikes at company service centers. The update has been tested and has been approved by ARAI and it will be offered on all Interceptors and Continental GTs produced after June 2019 as pre-installed

Royal Enfield Interceptor 650 and Continental GT 650 have been growing, even as the company’s Classic 350 and Bullet 350 have been noting a significant dip in sales. The Interceptor 650 is priced from Rs 2.5 lakhs to Rs 2.70 lakhs while the GT 650 starts at Rs 2.65 lakhs going up to Rs 2.85 lakhs. Reports now suggest that the company is expected to hike prices of the RE Twins by upto Rs.20,000. The current prices are introductory prices.

The RE Twins get their power via a 647cc, parallel twin engine offering 47 Bhp power and 52 Nm toque mated to a 6 speed manual gearbox with slipper clutch and dual channel ABS disc brakes. In this price range, they compete in India with the KTM 390, the TVS Apache 310, BMW 310, Kawasaki Ninja 300, Yamaha R3, and Honda CBR 250R.