Royal Enfield Interceptor 650 and Royal Enfield Continental GT 650, two highly awaited bikes are set for global launch later this month. The earlier launch date was announced for sometime in April but delayed due to the fact that the company wished to have sufficient stocks to ensure that buyers did not have to contend with long waiting periods. India launch will happen in Nov.

Ahead of India launch, photos of these two bikes have surfaced on social media drawing attention to their features and accessories. Royal Enfield Interceptor 650, being a neo-classic roadster gets a round fuel tank, raised handlebar, a flat seat and round headlamp. 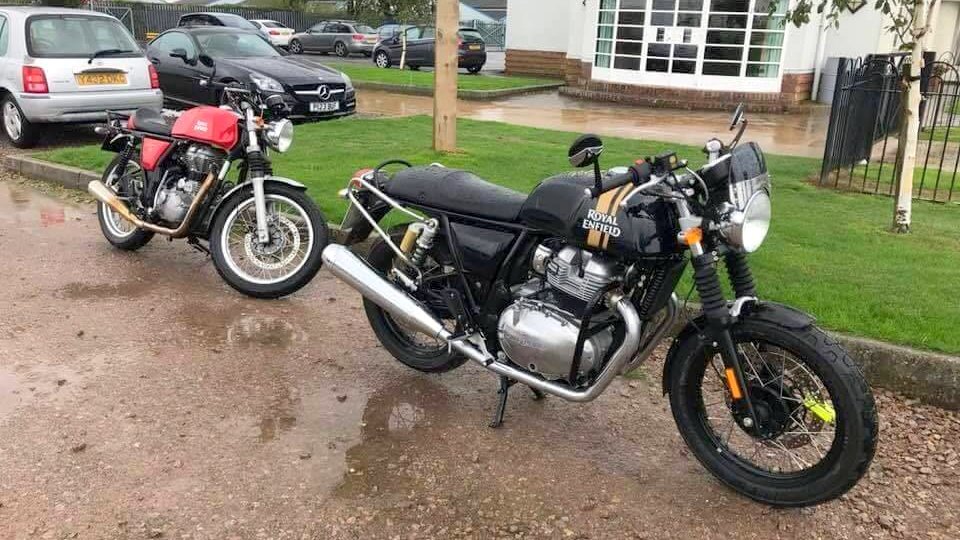 Royal Enfield Continental GT 650 is being projected as a café racer. It also receives a round headlight but the difference lies in a teardrop shaped fuel tank, clip on handlebars and single seat true to its café racer format. Both these RE twins share the same chassis, engine, wire spoke wheels, suspension setup and tyre size.

Royal Enfield Continental GT 650 was recently spied testing wherein certain accessories were noted and have made their way to the GT 650 Facebook page. These include a small windscreen positioned above the headlamp, bar-end rear view mirrors finished in a dual color scheme, pillion seat with a slight hump in the center and true to its touring facilities, a pair of saddlebag are also noted along with crash guards to protect body work. This accessory list not only enhances to touring facilities of the bike but also enhances its retro appeal with added space for pillion rider and for luggage. 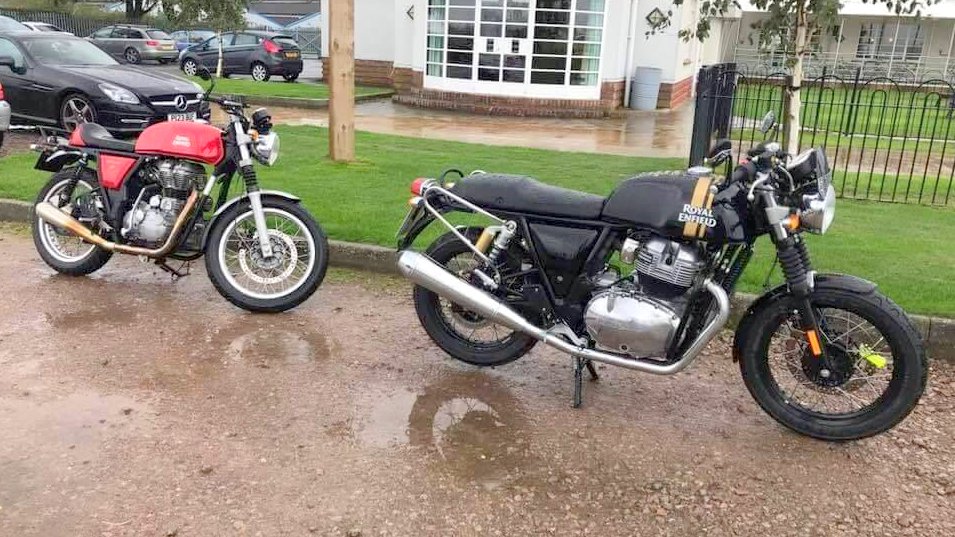 Royal Enfield Interceptor 650 and Continental GT 650 share the same engine. This 648cc, parallel, twin cylinder, SOHC, air cooled, fuel injected engine will offer 47 bhp power at 7,100 rpm and 52 Nm torque at 5,200 rpm mated to a 6 speed gearbox. It will get Assist and Slipper clutch and 320 mm discs in the front and 240 mm discs at the rear while safety will also include a Bosch 9.1 dual channel ABS system.