However, his belief underwent a major transformation when he got the chance to ride Royal Enfield 650. DCV had tried Royal Enfield motorcycles such as Classic 350 earlier also, but he did not find anything impressive with those rides. However, riding the Interceptor 650 was an entirely different experience. It had such a major impact on DCV that he is now looking for funds to buy Royal Enfield Interceptor 650. 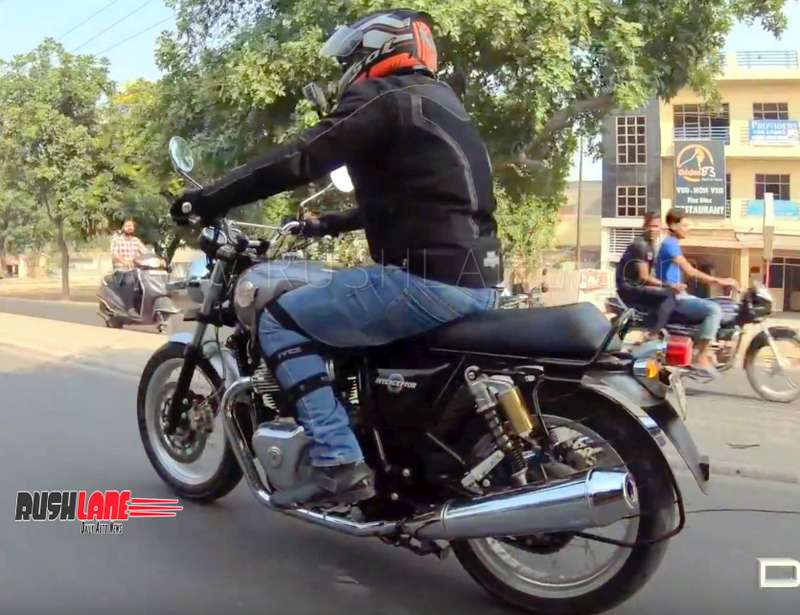 It’s quite a simple, yet meaningful review provided by DCV while test riding Interceptor 650. The first thing that gets your attention is the low seating position. This lowers the centre of gravity and allows better control and manoeuvrability of the motorcycle. The exhaust note is quite impressive and gives you the feel of a powerful engine eager to leap forward. As the motorcycle picks up speed, the smooth functioning of clutch and gearbox becomes evident. There is no lag when you engage the clutch, as power is seamlessly transferred from the engine to the wheels. Gearbox functions in a precise and smooth manner, which improves riding experience.

Another good thing about Royal Enfield Interceptor 650 is that there is hardly any vibration. Of course you get the feel of the powerful engine, but vibrations are almost negligible. This is a major improvement according to DCV, as earlier Royal Enfield models such as Classic 350 have serious vibration issue. Interceptor 650’s powerful 648 cc engine offers smooth acceleration and is quick to respond to your commands. It delivers 47 bhp of max power and 52 Nm of max torque. Engine is mated to a 6-speed manual gearbox.

Royal Enfield has launched the 650 twins under a disruptive pricing strategy, which is something new in the automotive world. Triumph user DCV is impressed that such a remarkable motorcycle is available in just around Rs 3 lakh.