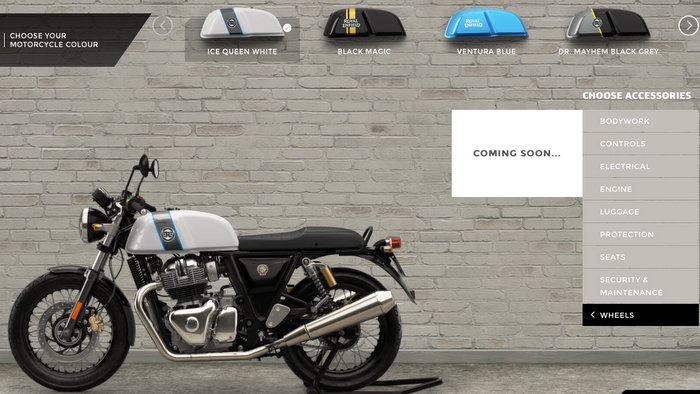 Royal Enfield Interceptor 650 and Continental GT 650, launched in India at the end of last year, are both developed to allow the bike maker to expand worldwide business in the mid segment space. In India, Interceptor 650 is priced at Rs.2.35 lakhs while Continental GT is priced at Rs.2.49 lakhs making them the most affordable twin cylinder motorcycles on sale in the country. Now, Royal Enfield 650 twins accessories list is to get updated

Currently, the only bikes in the company lineup to receive alloy wheels as standard are the Thunderbird 350X, 500X while the Classic range gets them as an optional extra. Buyers can opt for the 9 spoke alloy wheels that fit tubeless tyres which not only accentuates the looks of the bike but also ensures better safety. The wheels can receive a silver finish over the black body to make it even more appealing. There have been many instances of aftermarket alloys being of poor quality or cracking and resulting in crashes. However, these are factory approved alloy wheels which have been put through rigorous tests and expected to be highly sturdy and safe. 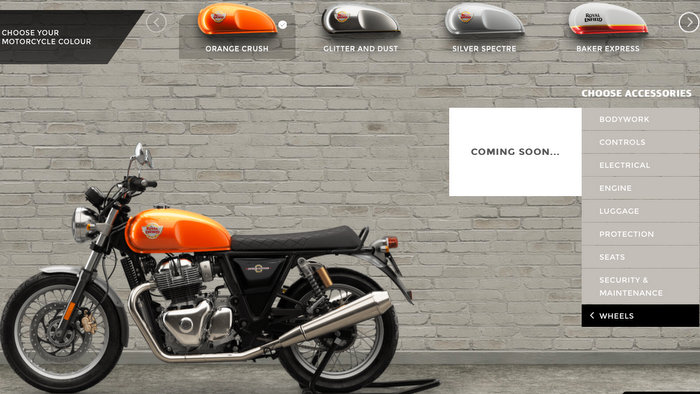 The Royal Enfield Interceptor 650 and Continental GT 650 are both offered with halogen headlamps. These may not prove to provide proper illumination on the road at night and hence the new fog lamps are a useful addition. These accessories are all factory fitted and hence will not affect the bike’s warranty.

Also like the other accessories offered by the company, these accessories will come in with a 2 year warranty.

Royal Enfield Interceptor 650 and Continental GT 650 are both powered by 647cc, parallel twin engines. This 647cc, air and oil-cooled, parallel-twin motor returns 47.6PS of power and 53Nm of torque mated to a 6 speed manual gearbox with slipper clutch as standard.