At the launch event in Goa, Royal Enfield boss, Mr Sid Lal showed the figure Rs 5.55 lakhs on the main screen. This was being referred to when the topic was of price announcement. Yes, for a twin cylinder motorcyle, these were good prices; but for a twin which is made in India by Royal Enfield? Not really. Especially when we know prices in the US and UK start at about Rs 5.2 lakhs. Why will India price be higher than export market prices when the bike is made here?

Was this a deja vu moment for bikers? A similar pricing strategy was experienced was bikers when BMW priced the G310R and G310GS higher than what they are priced in the US and UK, even when both bikes are made by TVS in India. Thankfully, this is not the case with Royal Enfield. A few moments later Mr Lal ended the suspense, and revealed that Rs 5.55 lakhs amount was the total price of both their 650cc bikes! 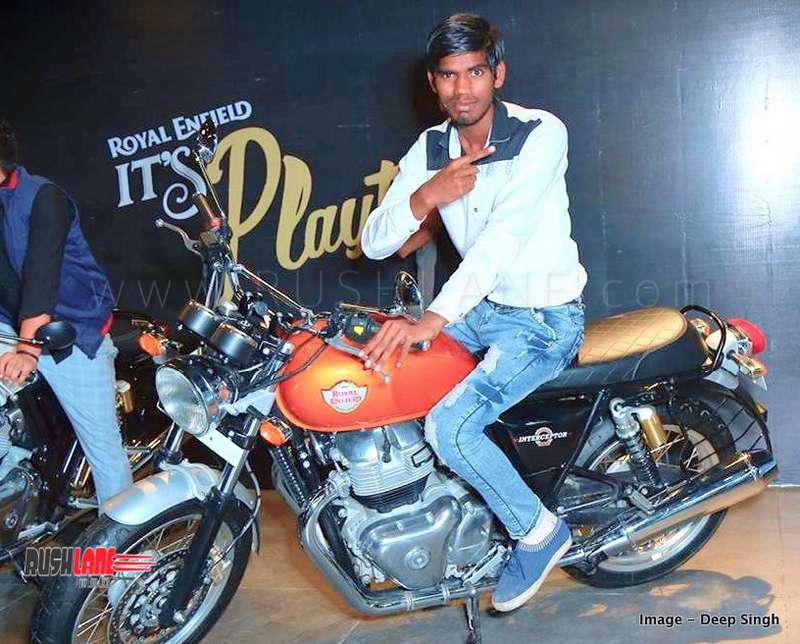 Yes. Royal Enfield 650 twin cylinder price starts from as low as Rs 2.33 lakhs. That’s a shocking price, enough to give sleepless nights to rival brands. This pricing affects a lot of them – from Bajaj Dominar to upcoming Jawa, and from KTM Duke 390 to Harley Davidson 750.

After revealing the prices, Mr Lal said one very interesting thing. He said that with the 650 twins, they want to bring twin motorcycles to the masses. They want to see the 650 Twins succeed like the Classic 350 (which is now the best selling RE with 45k units sold each month). Royal Enfield has made special efforts to keep prices in the Rs 3 lakhs on road, this is why in states where taxes are high, ex-showroom prices are low (Kerala and Karnataka have Rs 2.33 lakhs as ex-showroom price).

In the first phase, the 650 Twins are available across 120 dealerships in India. These dealerships are accepting bookings from today. You can also book a bike online. Deliveries will take place next month. Test ride bikes have already arrived at all the select 120 dealers in major cities of India. By early 2019, the bikes will be on sale at all Royal Enfield dealerships across India.