Royal Enfield 650 Twins on road prices – Most expensive in Maharashtra 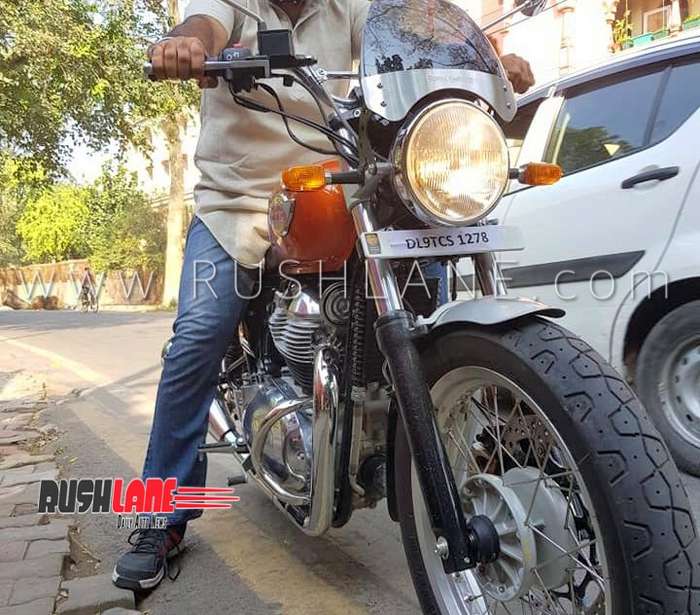 In terms of pricing, Interceptor 650 is presented in three color options of Orange Crush, Mark Three (Black) and Silver Spectre. Two tone color options of Baker Express (white and red) and Ravishing Red (red and black) can be had for a premium while the top spec Glitter and Dust is priced at Rs 3.10 lakhs due to the fact that this is an expensive chrome coating process.

Continental GT 650 is priced at Rs 3.05 lakhs for two metallic color schemes of Black Magic and Ventura Blue while at INR 3.13 lakhs are the two tone paint schemes of Dr. Mayhem (grey and black) and Ice Queen (white and grey). 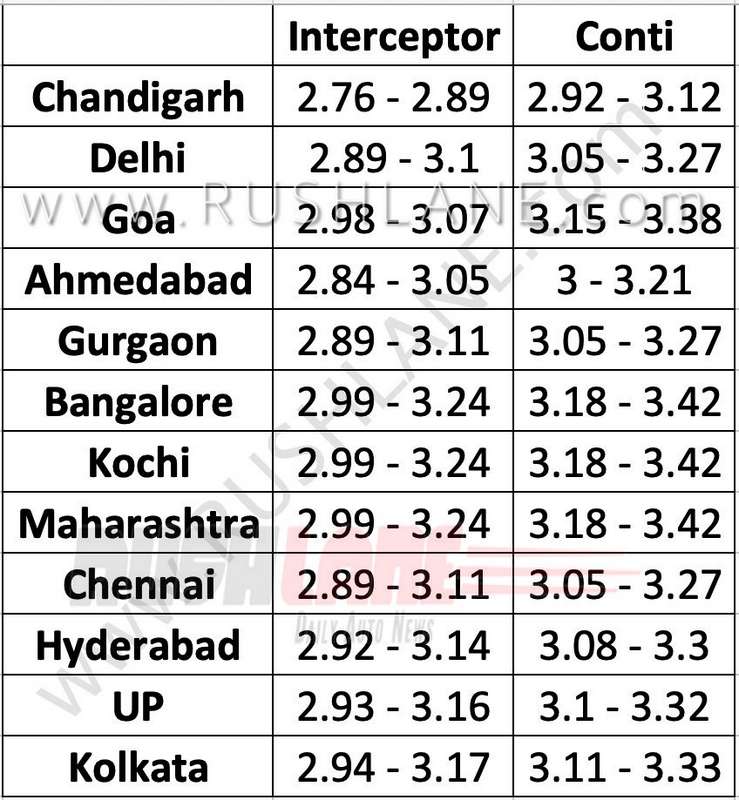 Engine specifications on the RE Twins include a new 650cc, air cooled, parallel twin engine offering 47 PS peak power at 7,100 rpm and 52 Nm peak torque at 4,000 rpm. While bookings have already opened, deliveries are set to commence from later this month. Both the Royal Enfield Interceptor 650 and Continental GT 650 are offered with a standard 3 year / 40,000 km warranty and roadside assistance for the same duration.