The Royal Enfield 650 Twins are arguably one of the best product launches the country had seen last year; at least in terms of value for money as well as a motorcycle package.

With the likes of the Interceptor 650 and Continental GT 650, Indian motorcycle enthusiasts are finally able to buy a parallel-twin modern classic motorcycle that costs less than half the asking price of an entry-level Triumph or a Harley-Davidson.

The 650 Twins are currently in their BS4 avatar and will be updated to meet the stringent BS6 emission norms, soon enough. While the updated 650 Twins get ready at Royal Enfield’s manufacturing facility in Chennai, let us see how well the motorcycles performed on the domestic and export markets of the current fiscal.

Starting from April 2019, domestic sales accounted to around 59% while export sales formed just under 41% of the total sales figure of 3,411 units. May 2019 saw total sales rising to more than 4,000 units with domestic growth of around 1.5% and a fall in exports by around the same value. June 2019 proved better for the export market at 2,359 units against 1,751 units in the domestic market. Total sales grew by just 107 units. 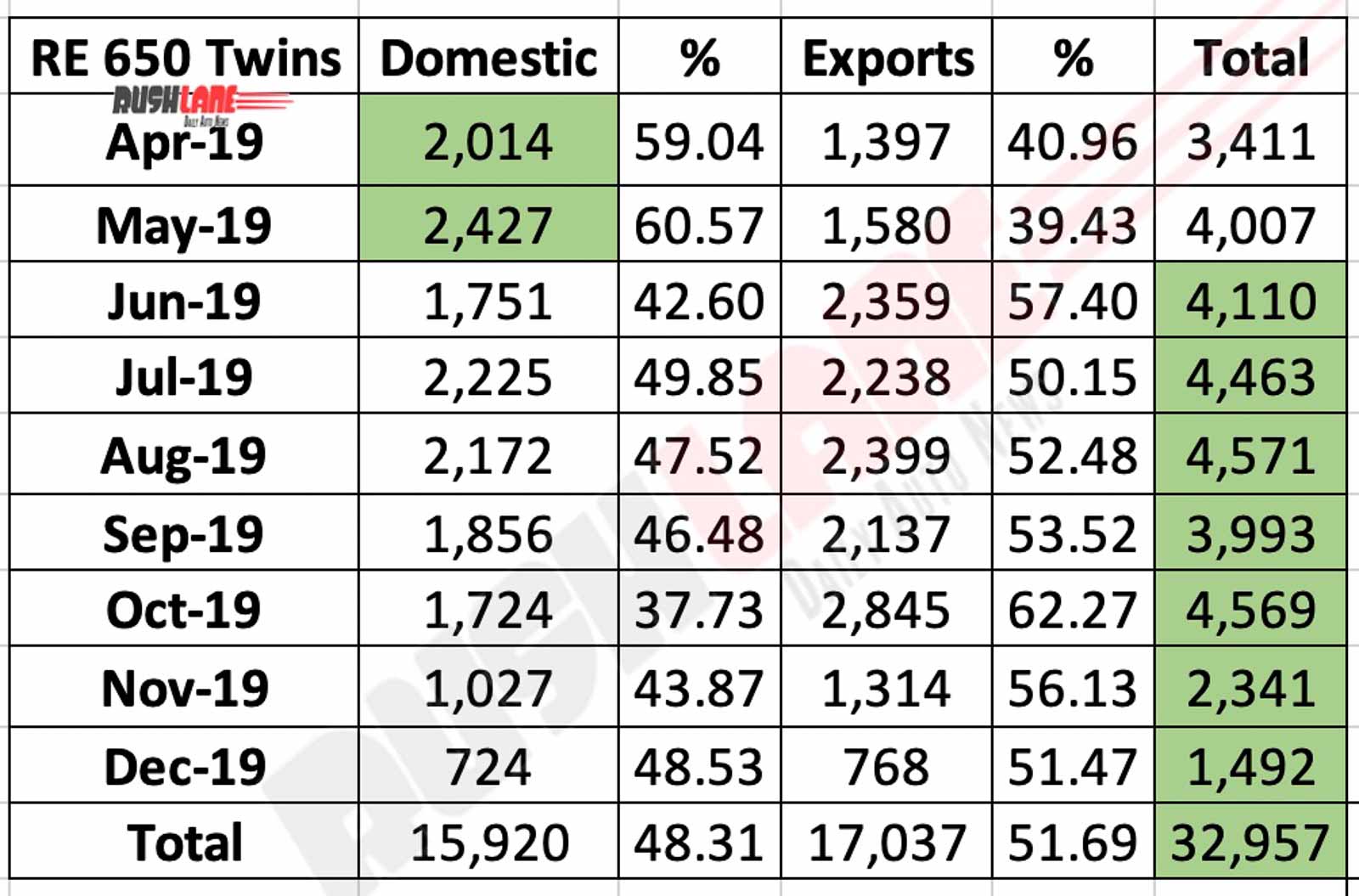 October 2019 saw the 650 Twins performing at its best on the market due to an appreciable growth in exports to 2,845 units in comparison to a domestic sales figure of 1,724 units. Total sales stood at 4,569 units.

However, the following two months showcased much poorer performances with November sales hitting 2,341 units (43.87% domestic; 56.13% export) and December sales going short of 1,500 by just 8 units (48.53% domestic; 51.47% export). December 2019 is also the only month which saw three-digit sales figures on the domestic and export charts.

To sum up, in the period of April 2019 to December 2019, Royal Enfield sold a total of 32,957 units of the 650 Twins, with 48.31% accounting to domestic sales while exports commanded a higher 51.69%. The sluggish sales towards the end was a result of buyers waiting to get their hands on the updated BS6 models which would most probably hit the Indian market in a matter of weeks.