Royal Enfield has twin offerings in the form of the Continental GT 650 and Interceptor 650 poised for launch this festive season in India. But ahead of that, the two motorcycles have been launched in the USA today. Of the two, it is the Interceptor 650 which is cheaper, priced at USD 5,799, which is about Rs 4.2 lakhs as per today’s currency conversion rates. 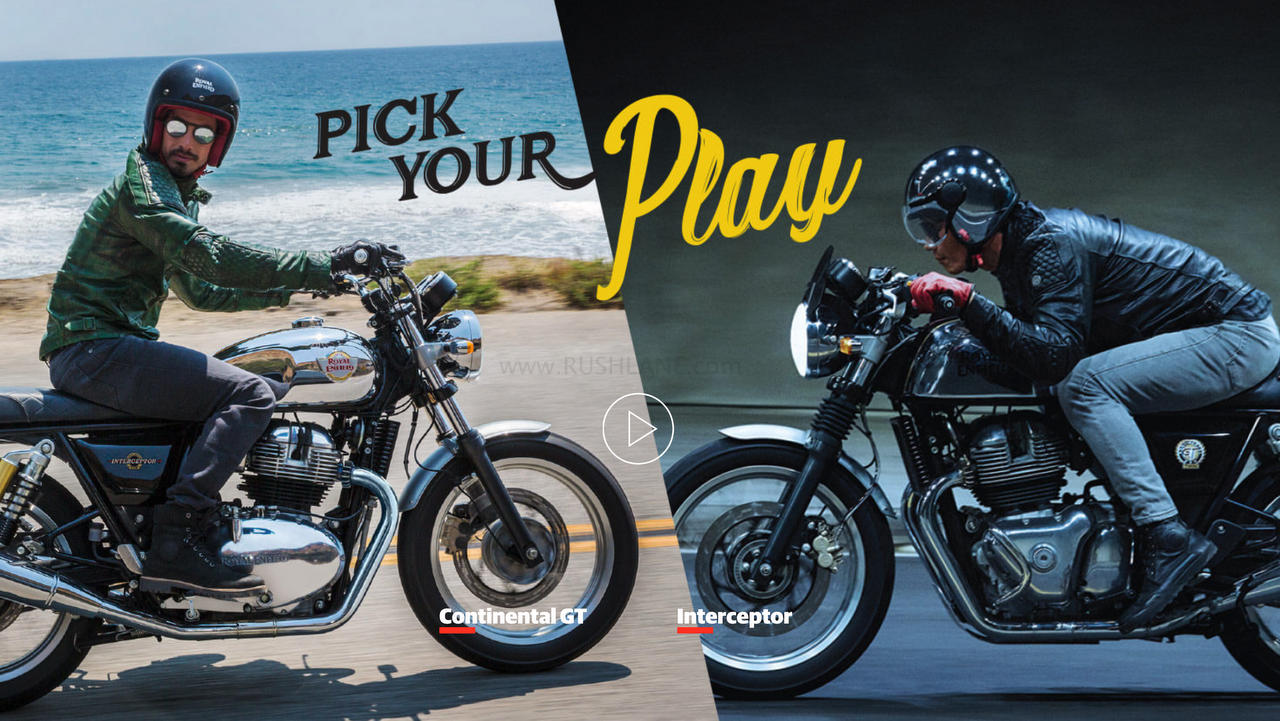 Point to be noted here is that the motorcycles are manufactured at company plant in India and are exported to the USA. So the prices are inclusive of import duty. In India, these will not be levied, as such they are expected to be launched from Rs 2.99 lakhs, ex-showroom. Royal Enfield Interceptor 650 and Continental GT 650 can be noted for their identical mechanics and engine specifications; however, the two bikes cater to completely different segments of buyers. Interceptor 650 is pure street oriented bike while the Continental GT 650 is a café racer.

Both models will be built on dual cradle tubular steel chassis, get 41mm telescopic front forks and 110mm twin shock absorbers at the rear. They will ride on Pirelli Phantom Sportcomp 100/90 R18 front and 130/70 R18 rear tyres which have been specially designed for Royal Enfield while taking its chassis and suspension into account. The Interceptor 650 also gets 320mm front and 240mm rear discs with Bosch dual channel ABS offered as standard providing for efficient stopping power.

Interceptor 650, inspired by the 60’ Royal Enfield Interceptor gets a 1400mm wheelbase, 804mm seat height and 174mm of ground clearance. It receives 37.5 degrees of steering allowing for low speed maneuverability in city traffic. Handlebars are wide positioned while ride position allows for greater visibility of the road ahead yet at the same time offering more comfort to the rider.

Royal Enfield Interceptor, like the Continental GT 650 get their power via a 648cc, fuel injected, air and oil cooled, parallel twin engine offering 47 hp power at 7,100 rpm and 52 Nm torque at 4,000 rpm mated to a 6 speed, fuel injection, digital spark ignition. Mileage claimed is about 25 kmpl, while top speed of the bike is 160+ kmph.