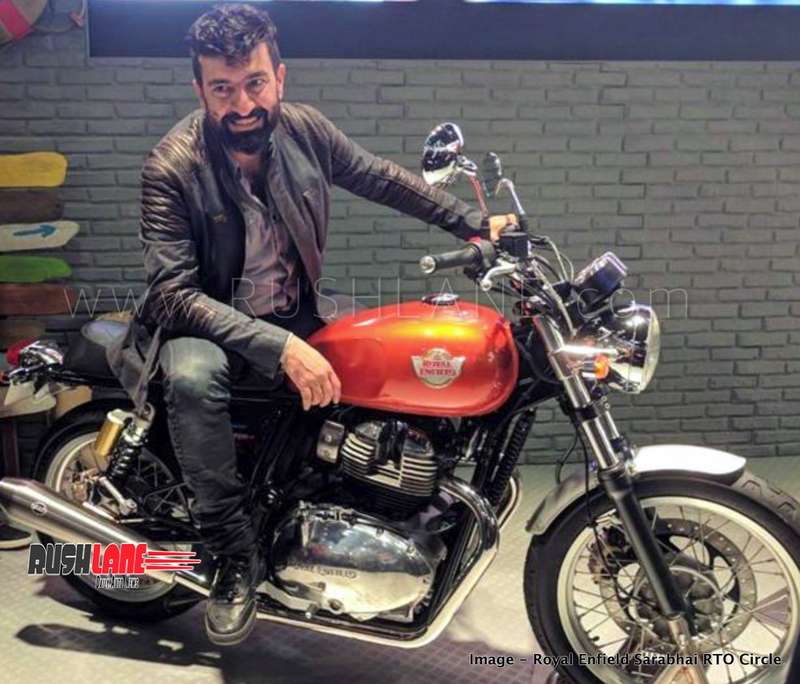 Features – Royal Enfield 650 boasts of simple features. It gets a twin pod instrument cluster, small digital screen offering information on fuel levels, two trip metes and an odometer. It also sports an analog dial displaying speed and engine revving while other on board features include a round fuel tank, raised handlebars, a flat seat and round headlamp. 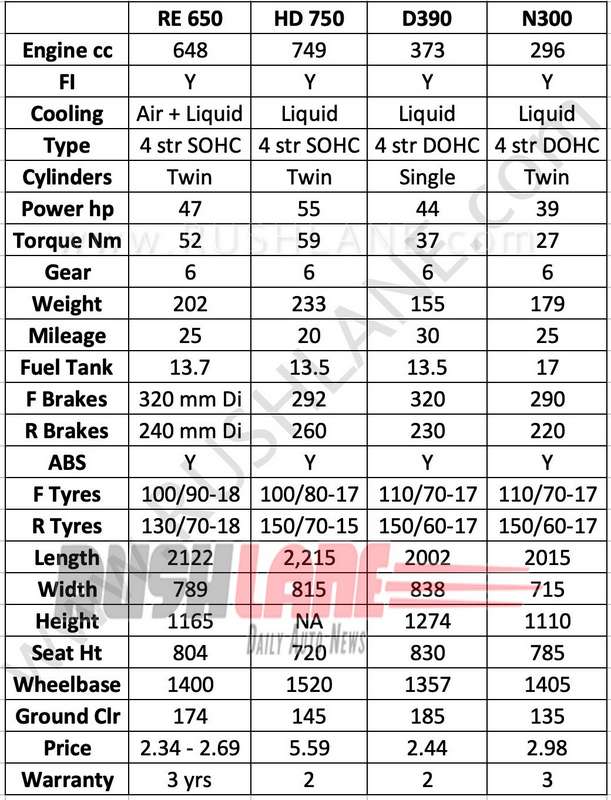 KTM Duke 390 on the other hand spells state of the art features. The Duke 390 is seen with all LED lights, a TFT instrument display in full colour offering information on speed, distance and fuel consumption. It also gets mated to smartphone via Bluetooth to receive text messages and calls which can be answered via switches on the left handlebar. Kawasaki Ninja 300 sports a semi digital instrument cluster with an analog tachometer and digital dashboard for information on speed, fuel levels, trip meter and clock. The console does not offer any information on either fuel consumption or gear position and neither does the Ninja 300 get any adjustable levers.

Harley Davidson 750 also receives the basics in terms of features. It is seen with a single pod analog instrument cluster offering information on speed while the digital screen shows off an odometer and twin trip meters. Like the Ninja 300, the Street 750 also does not get a fuel gauge or adjustable levers. It sits on 17” alloy wheels and gets LED tail lamps along with indicators.

Price – The aggressive pricing of the Royal Enfield 650 which start at Rs 2.34 lakhs going up to Rs 2.69 lakhs for the Custom variant puts it well within similarly priced bikes such as the KTM 390 Duke (Rs 2.44 lakhs) and the Kawasaki Ninja 300 (Rs 2.98 lakhs). Though not in terms of pricing, it also contends with the Harley-Davidson Street 750 (Rs 5.59 lakhs) due to the fact that it is a mid displacement twin cylinder bike.

Conclusion – Though the recently launched Royal Enfield 650 motorcycles are efficiently priced and the most affordable twin cylinder motorcycle on sale in the country, it does come in with a retro stance and does not receive many of the contemporary features that are otherwise demanded by buyers in its segment. KTM Duke may receive a host of features and offering high level of performance but its target group is somewhat limited. Kawasaki Ninja 300 recently got a price cut that added to its appeal while its comfort and performance is also a major attraction. Harley-Davidson Street 750 may be the most expensive bike among the four but then it also commands better brand value and appeals to a select set of buyers in the country.